Skills are your best defense. Trying to make a tool to take the place of skills if bad logic. Nothing against safety equipment like having a VHF attached to your body or a PLB. But skills are the best safety device you can ever have. YES it takes time and money but as one suggested rolling can be learned in a month by a good teacher. Not taking about somebody you know who can roll makes them a good teacher. Iam a great roller but only so so teacher. Best teacher I had was Cheri Perry and Turner Wilson.

Interesting, for all the heat from folks even the Roll-Aid device came with warnings that it should not be relied upon unless someone was at least making progress towards a roll. The device maker made it quite clear that is was to provide assistance to someone in making a roll due to unexpected difficulties, it was never intended to negate the need tp learn to roll.

Common sense would suggest that anyway since it was really only good for one shot. But it was surprising the number of people who thought that it could replace working towards a roll.

I imagine a sea anchor fixed below the stern, which deploys by remote on PFD, or auto-deploys (when? how?) and which includes a flashing strobe on kayak when deployed.

Does that mean when the thing deploys, you are done until rescue comes? no self rescue and paddle away?

Every have anything electric corrode up and not work on your pfd?..under the stern is pretty much out of the way?

Kind of reminds me of when I saw a smoker with wifi control… Simplest process possible and then add electrons?

Does that mean when the thing deploys, you are done until rescue comes? no self rescue and paddle away?

I was going to go with a drone, but one that can suspend you above all the muck and automatically home in on your kayak would be the way to go - with the cost of the larger drones it almost becomes impractical.

Around here if you do a gravity deployment I can imagine if you capsize in a mangrove tunnel with the anchor line tangling in the roots or the paddler. Capsizing in a tunnel is more common than you would think.

Last time I was there the mangrove was where the skeeters, gnats, no-see-ems, and other blood suckers were. Stop and the attacked. Not a pretty picture.

Not a pretty picture.

I don’t do narrow tunnels in the summertime and try to avoid them in the winter.
You just don’t disturb the leaves…

Been too long since I paddled the ‘innerds’ down there (as opposed to the ‘outside’, eg 10,000 Islands)
Got to do the ‘Wilderness Waterway’ sometime again, I need another ‘Nightmare’ fix. 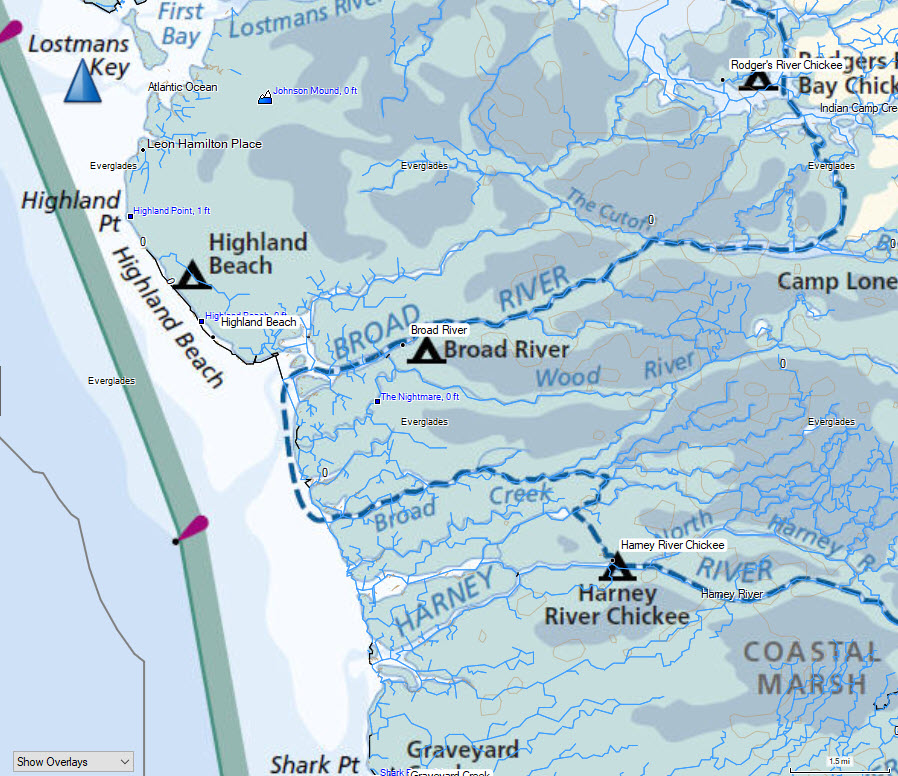 Sorry to hear about Jim. I knew he wasn’t present on the board, but never connected why.

@sing
Thanks, much appreciated. Had a good run. Some people get more time and some less. I learned a long time ago not to try and place any bets. Horse races are easier.