The feral donkeys in that region (the Mojave Desert) are also pretty tame, in fact they are bold beggars. This shot was taken in the quirky little hippie tourist trap town of Oatman on Route 66 near the CA-AZ border, just before the donkey reached in the car window and tried to snack on my camera. The second pic shows some of the moochers wandering the main drag.

There are warning signs along Route 66 in that area about the wandering burros (descendants of domestic donkeys that escaped from miners and prospectors over the years). I inadvertently caught this bottom pic of a “jackass crossing” (my ex) at one of our highway scenery stop along there. 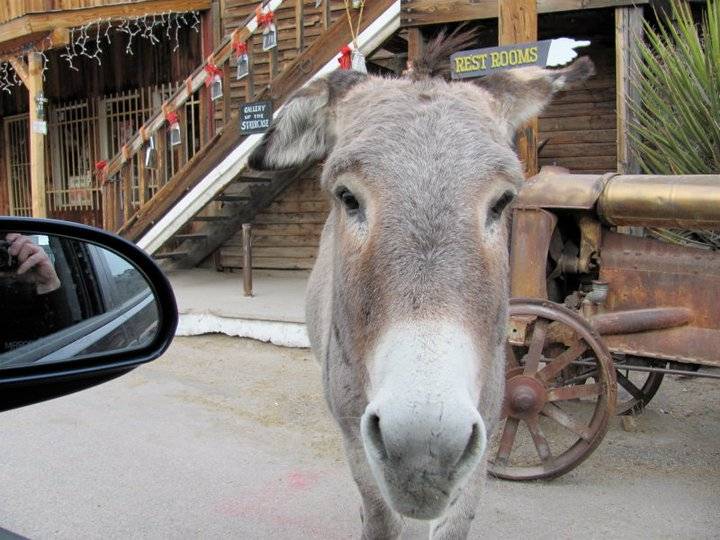 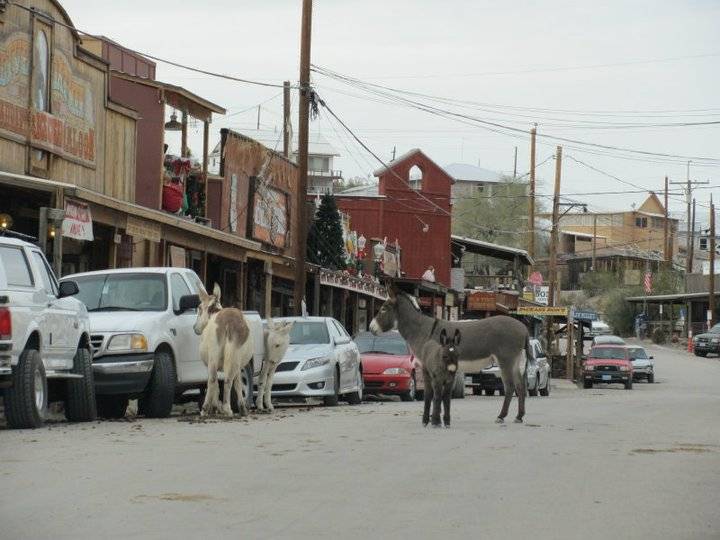 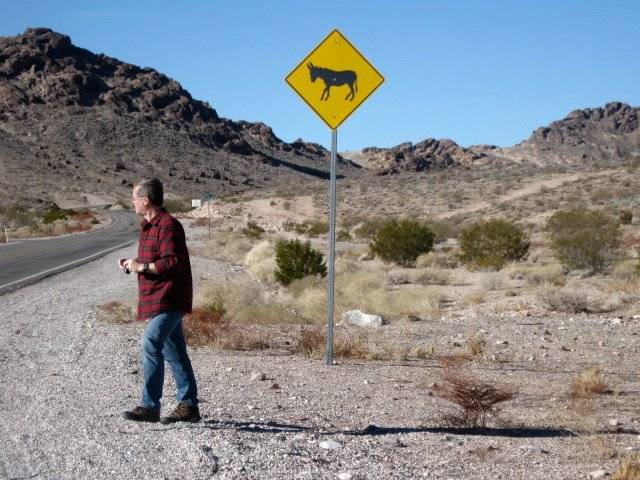 @string said:
A Coydog would be an interesting pet. Except he might be smarter than us. Upon reading more about coydogs, apparently you have to be skilled with canine training and be very calm , strong willed, and patient.
Sounds like my wife.
OOOOOooooooh!

The characteristics, not the howling.

Very good book by a rancher who adopted several wild coyotes, describing their behaviors and distinctive individual personalities. Some were loners who tolerated humans cautiously, especially when they animals needed help due to injuries. At least one, raised from a pup, was totally besotted with his human caretaker and would throw himself into the rancher’s arms whenever he saw him, which became quite an event as the coyote grew to full adulthood:

“Don Coyote: The Good Times and the Bad Times of a Much-maligned American Original” by Dayton O. Hyde.