My Name is CaptainOllieWest and I Paddle a Coleman

According to the brochure, they are white water boats …

The amount of Coleman branded stuff is mind boggling!

I watched two people almost drown in a coleman canoe when it wrapped on a bridge pylon in a rapid and trapped their feet. Only thing that saved them was that we held their heads out of the water by their hair until the current broke the seat support and they finally popped out.

According to the brochure, they are white water boats …

My favorite sighting of a Coleman was one high & dry on the rocks river left at Double Hydraulic on the Lower Yough. I have no idea how it got that far let alone if humans had piloted it during a portion of it’s trip.

Wow! Glad you were there!

Here is an interesting Coleman story. 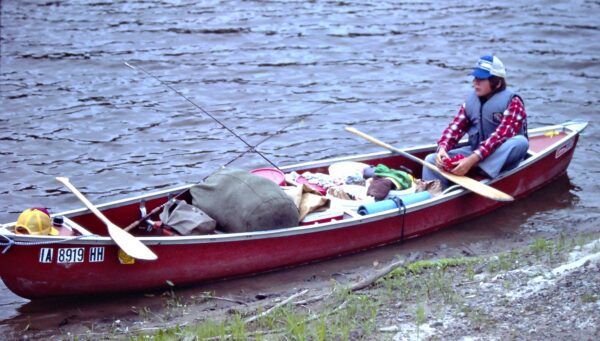 Best canoe? 40+ years and this Coleman is still going strong

Good gear is an investment. I bought my 15-foot Coleman Ram-X canoe before setting out on my 1980 Source-to-Sea voyage on the Mississippi River to the Gulf of Mexico. The canoe is still being used.

You can ring this one up as a time when it was used where it would perform best. Deep moving water. Hope there weren’t any portages though.

We have a green one. Quite light. Probably about 40 years old. We also keep it at camp. Did one repair when the plastic split at the gunnel. Melted a bit of a plastic coffee can to patch it. Color was a pretty good match.