I think you are fighting the good fight even if it may be “Tilting at windmills” sometimes.

It is insane how things as simple as cold water boating safety seem to avoid being understood by both users and defiantly manufactures. It is like mankind is slowly being devoid of common sense. Everything is taken at face value as being safe and until fate strikes people don’t get jogged to reality and even then sometimes not.

We had a day here last week the air got to 82f and the water was about 45f. Summer activities were in full force. Two days later we had air in the 30s and woke up to snow. You can’t blame people after being cooped up for months to want to get out and enjoy a beautiful day like that. But the water was cold and high and fast and untold obstructions had happened over the winter that no one knew was there waiting.

As expected boats went out filled with people not aware of what an unexpected swim could mean. Fortunately here no reported problems occurred that day.

I can’t help think it is a bottom up problem and if people somehow became more aware and less motivated by marketing they would see companies like Oru for what they are. I didn’t know much about them until I read this thread and went to their website and looked around. It was pretty clear to me it wasn’t anything I would ever want to put my faith in cold or warm water.

I was pleasantly surprised to see this “Special Weather Statement” alert on The Weather Channel’s site today.

Ah-- so you 've tried one? Otherwise how would you know it’s garbage? For it’s intended purpose, the Tucktec is great. I speak as someone who owns one (actually two, since my wife has one too)

For shame, Moulton. These aren’t garbage, they can be recycled!

Plastic cardboard is good for temporary signs. Not good for traveling in water over your shoulders.

Great for a farm pond. Beyond that, as rsevenic pointed out, good for the recycle bin.

with no disclaimers. This is the scope of their misrepresentation.

As mentioned by others, farm ponds and shallow ones at that.

I was at an event a few months ago. Some ladies where paddling the Tucktec kayaks. They moved better than I expected, for what they are. The girls with them where college kids, with limited storage. In this venue, a calm flat water “ditch”, the kayaks where fine. But looking at them, they where designed for very limited paddling conditions. One paddler at a fishing style PFD, while the other girl, went without. They would be next to impossible to self or assisted rescue, in most situations. 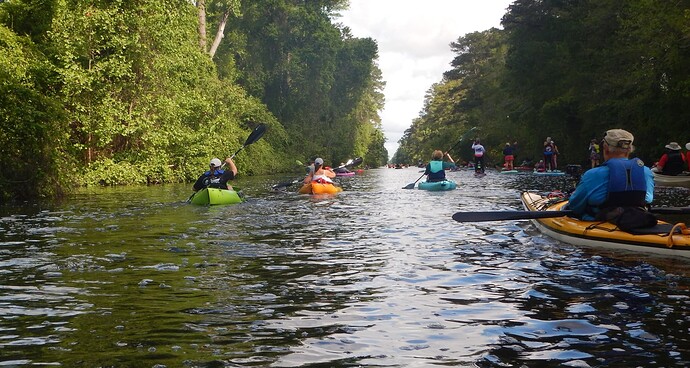 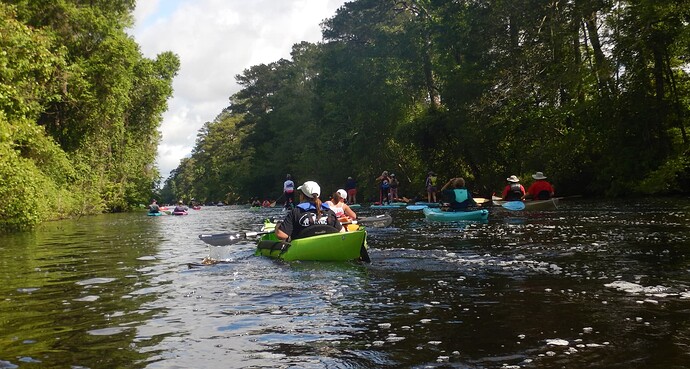 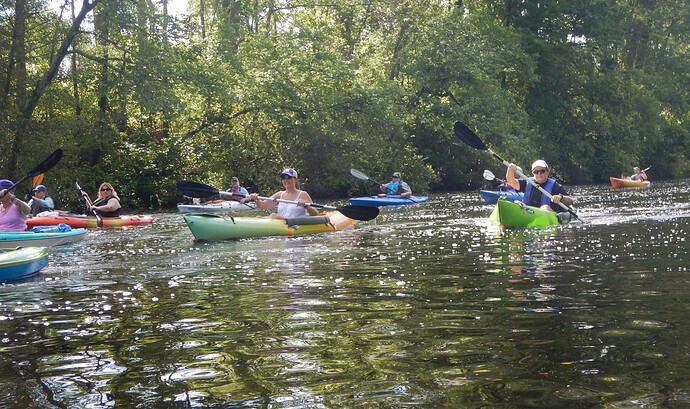 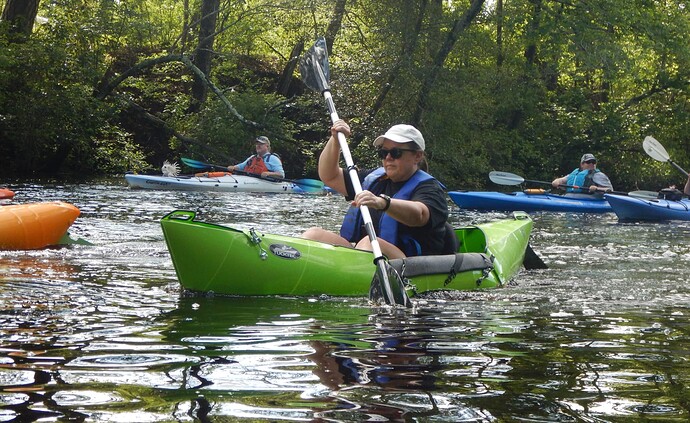 Like you I was doing a charity river run/float not long ago and an Oru came up along side me with a younger guy in it and I commented “Oh a folder”. That struck up a conversation and he explained he had limited storage space in a rental and a small car so he went that route. I saw he had added some bow and stern floatation along with he was one of the few on the river that day with a PFD on and buckled. He seemed to understand the limitations and IMO he was safer than 95% of the people out in cheap rec-kayaks that day. Not that I want one or need one, but I felt he was using one for what they should be intended for and made his a bit safer than it came from the factory. I don’t fault the owner but do fault the company showing off ice-cold large water crossings and such.

It looks like the girl with the PFD in your photo didn’t have it strapped shut so that’s not much better than not having one.

Just saw a video of a woman kayaking the Tennessee River at Chattanooga for 2 days in an Oru thing.
Her overnight camp was obviously brought in by others. There were at least 2 guys with her in real kayaks.
The video is Miranda in the Wild. 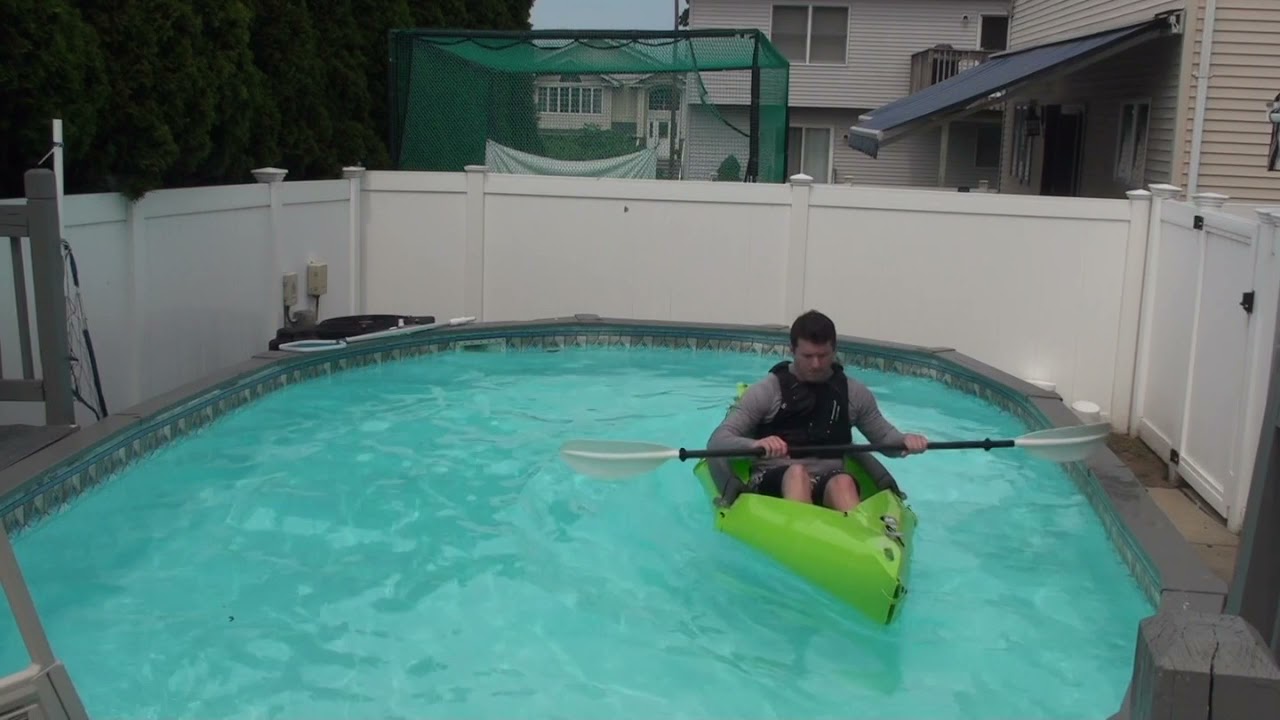 Another thing that I really don’t like about Tucktec is that they falsely claim that their kayaks are “Coast Guard Approved and Rated for Years and Years of Use.” That’s nonsense. The US Coast Guard doesn’t “approve” anything about kayaks. The only requirement placed on manufacturers is that the kayak have a unique serial number.

Oru kayaker dies in NYS…. Wonder what happened to this guy…… 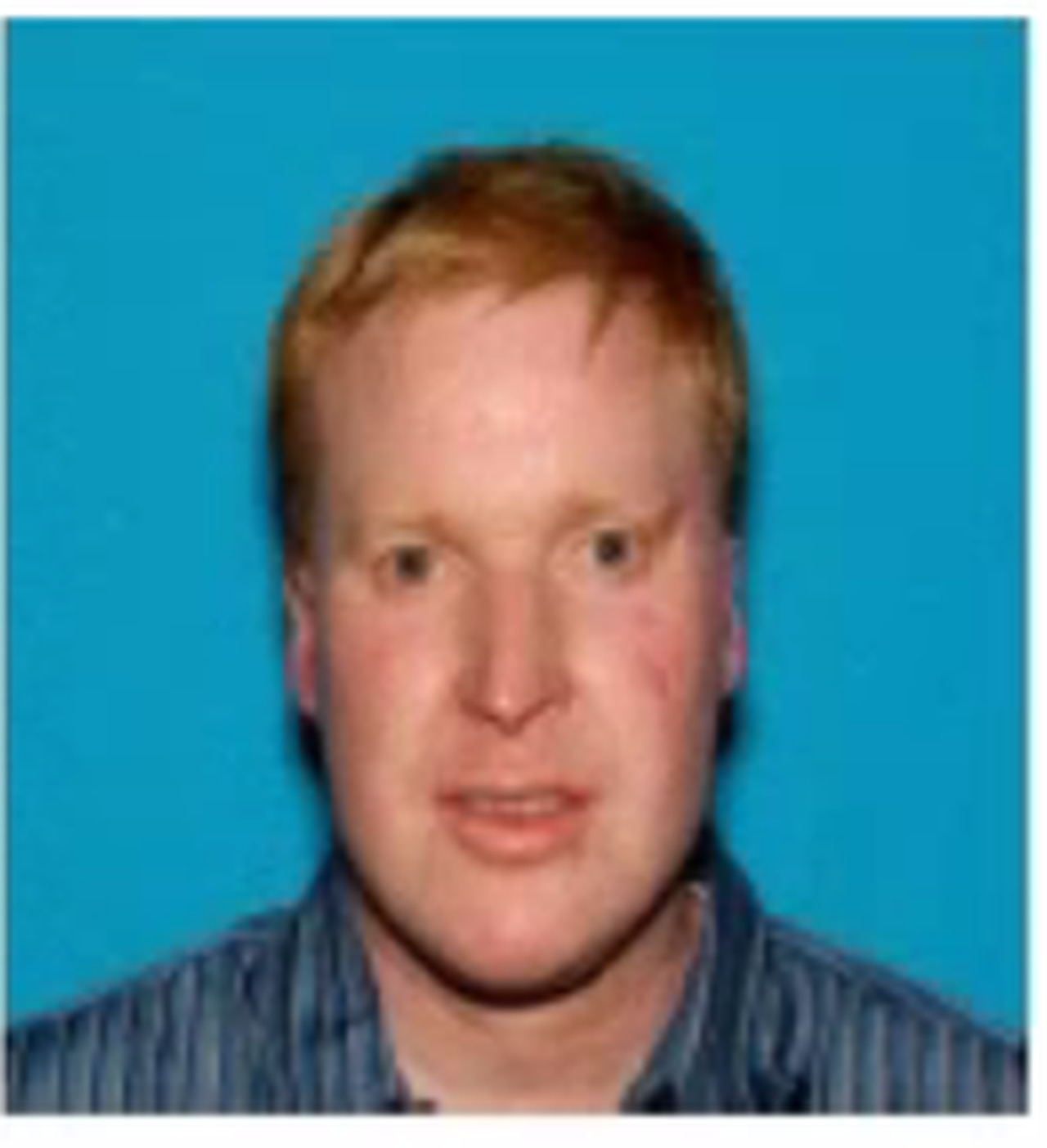 The Massachusetts man had been missing for more than two weeks after his kayak and belongings were found at the lake.

How sad for his family and those who loved him.

Mayock was last seen assembling his kayak at a Canadarago Lake boat launch around 12:30 p.m. Oct. 22, troopers said. His kayak was found unoccupied and his belongings were left behind, they said.

Was his kayak found at the boat launch or on the water? Did his belongings include a PFD? Important details are missing.

Interesting also is this information from another site:
“New York State Police responded to a report that the kayak and other belongings had been left unattended at Canadarago Lake with no sign of the man. He was last seen assembling the kayak at the lake’s boat launch at 12:30 p.m. that day.”

Maybe he wasn’t out in the boat at all? Def more questions than answers

I’m late replying to this. Unfortunately, the Coast Guard isn’t the best source of information about cold water safety. It’s important to clearly distinguish between cold shock, swimming failure, incapacitation, and hypothermia. For example, the 50F statement is incorrect. Scientific studies have repeatedly demonstrated that without thermal protection most people will experience maximum-intensity cold shock at water temperatures between 50-60F. Watch this short video: https://vimeo.com/529139413. And go here for more info: www.coldwatersafety.org.

Tucktec makes a number of false and misleading claims, which is one reason that I have zero respect for their company.

That’s frequently the case with news reports - they often raise more questions than they answer. One good yardstick: if the “dive team” is on scene, it’s a sure sign that the paddler(s) didn’t bother wearing a PFD.

ORU and a Eddyline Skylark side by side rescue comparison. 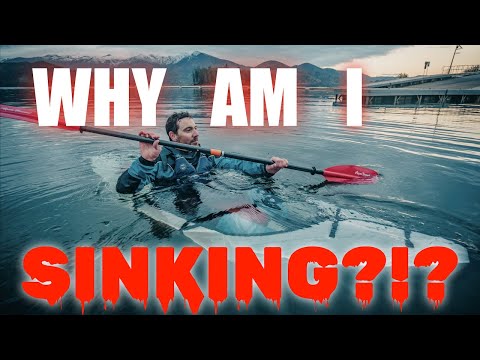