For my paddlebirding photography, I’ve used:

The DSLR’s large sensor theoretically made for better image quality, but its magnification was lacking. Unless I was extremely close to the bird, the image of the bird was too small to be usable. Magnification of 6X is marginal even for binoculars. For a wildlife camera, 6X is too short. You can buy DSLR lenses with more magnification, but they cost thousands of dollars. Also, the autofocus of this DSLR was not fast enough to catch every bird in flight, so I missed about half my shots of birds on the wing.

The Nikon superzoom certainly fixed the magnification problem! But it turns out 40x magnification is too much to use from a kayak in most cases, even on flat water, because there is just too much movement. Only rarely was I able to use the magnification to its full effect on water. The tiny sensor size made for poor-quality images, such that I was embarrassed to display the files at full size. Instead, I would display the files at much smaller size, but shrinking the display size negates the advantage of having high magnification in the first place. Finally, the autofocus was too slow for any birds in flight, even large, slow ones like gulls. I missed all of my shots of birds on the wing.

The Sony superzoom hits the Goldilocks zone. Magnification of 12X is high enough to bring in distant birds but low enough to remain usable from a kayak. The sensor is large enough to produce images that don’t have to shrunk too much to look presentable, although they still should not be displayed at full size. The autofocus is blisteringly fast, suitable for birds on the wing of any size and speed.

You’ll notice the trend. If you pay more, you get more! And this is reflected in the sample shots from each of the cameras, below: 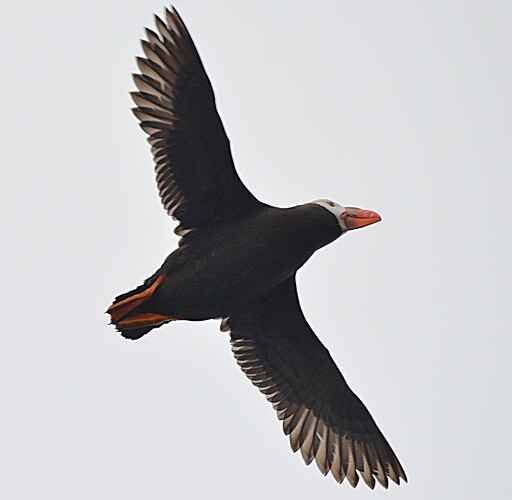 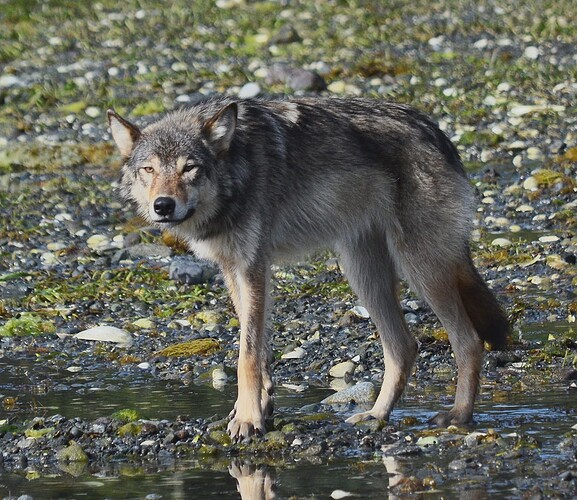 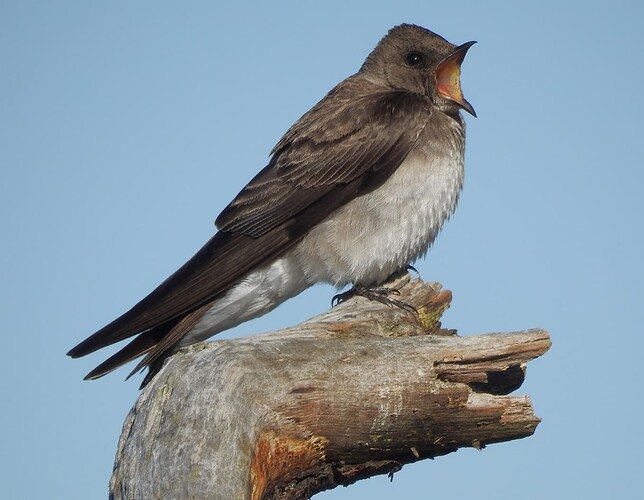 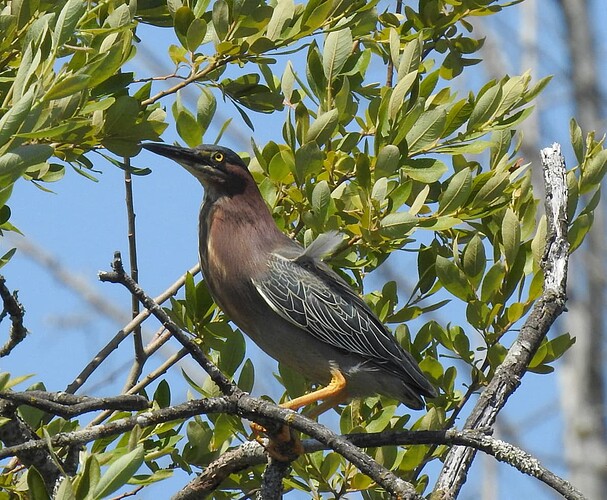 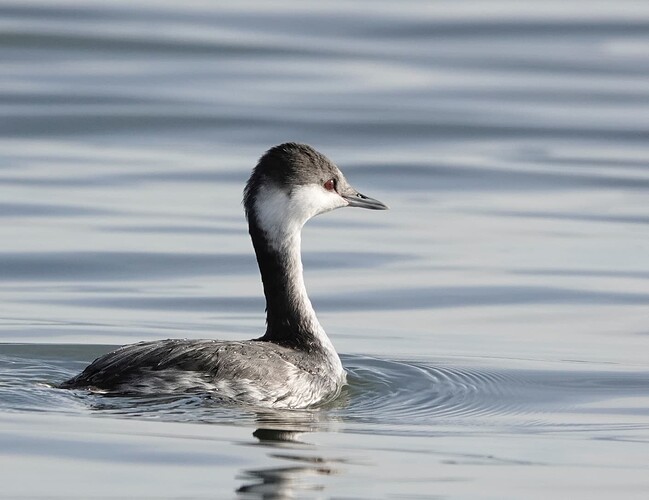 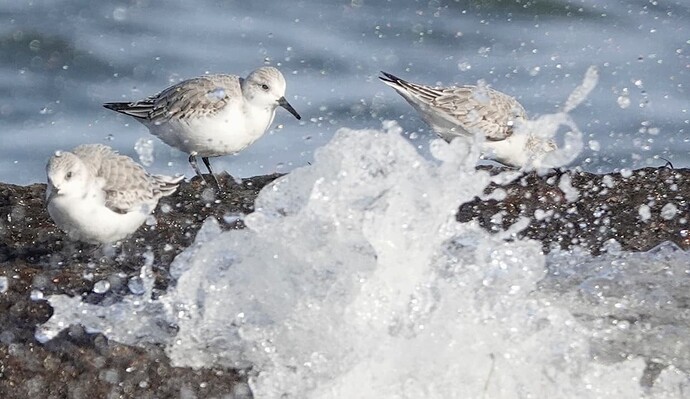 I’m def not a serious birder but after I started paddling I became much more j retested in birds. We usually recount a list of the critters we saw at the end of each outing and of course the bird types are a pet of that. I’ve seen more eagles in the last 5 years than the previous 30 because I’m out kayaking now. The wildlife is a wonderful aspect of this hobby.

I agree with how much focal length can be effectively hand held in a kayak. 600 mm equivalent is at the effective limit for me for hand held as well, particularly in a kayak.

Both the Panasonic FZ300 and the Sony RX10 Mk IV max out at 600mm equivalents, and are both splash proof. Great cameras for birding and bird photography from a kayak.

That 600mm equivalent is probably a max for me as well. It may even be too much for me. I am leaning towards the Panasonic for a camera if I can scrape together the money. Perhaps income tax refund will get it done.

The Sony is very nice but well beyond my budget. No can do.

Next I will just have to work out procedures/ technique to protect my equipment and still be able to get pictures when I want.

mine can go to 1350 mm equivalent when fully zoomed out. That is only useful for when one is on land with a tripod. Handheld about 600 is the max I can go and actually get a semi decent picture with daylight and an uncluttered background. My Canon SX 70 is slow to autofocus and gets confuse by cluttered bacgrounds. It does OK for stationary birds but those are less interesting to me.

Yes, the price of the Panasonic makes it easier to take risks with. In a canoe, you should have more room near you to have things like waterproof cases to hold the camera and/or binoculars, not to mention a field guide. Canoes seem to offer more options for carrying gear than kayaks.

And, just to be clear, I did not mean to suggest that a camera was necessary for birding, It is just one more tool to help when you only get a quick look. Freezing that moment and being able to zoom in later can be very helpful.

But most birders just use binoculars and scopes for identification. If you just use the binoculars you already have, you should be all set. Maybe a field guide, notebook, and pencil too.

I completely understand about the camera. It isn’t a necessity. But it is something I would like to have available both for the photography itself and also as an assist in identification.

I think back to my days with a 35mm SLR film camera. You remember film don’t you? I used to do sports and some wildlife photography. Back then even getting beyond a 300 mm lens without a tripod was a challenge.

I will have to look for a watertight case to keep the camera in that isn’t too much of a challenge to get open when I need to. For me the loss of even a sub $500 camera would not be trivial.

Oh yes, I still remember film, smile. I still have a film camera body and film in my freezer. But digital is so good these days I never seem to get an urge to use the film…

I am sure you will sort it out. There are a lot of options.

I do a triple play: fishing, birding, and photography. I use an aluminum 2 man canoe. I sit in the front seat turned around so my weight distribution is better. I go out for the day so a cooler is set toward the front to continue the balance. So what do I do. First, I’ve geared down from binocs to a monocular I found on BHPhotoVideo. Check it out, not too expensive, water and fog proof, close focusing distance, handled with 1 hand, fits in the pocket and best of all it a 10X40 so I have a good field of view: Hawke 10X40 Endurance ED. Large for a monocular but a lot lighter than the binoc. I used to carry my N5600 w/ 2 lens but have now switched to the P1000. A little difficult to keep steady really zoomed out so i don’t most of the time. I prop my elbows on my legs for stability. I will also put out an anchor, paddle into lily pads, throw a leg on a log, or use my 6ft anchor pole tied off to the canoe, works well. I always keep my camera in a waterproof box, always closed. Drybags are tied off also. Phone is in a double baggie in the dry bag if I need it or in a small dry box with my keys, billfold, etc. If I’m fishing and see something I want to photograph, I get prepared for just that. I can shoot hundreds of pics since it’s digital so take as many as I want. Yes I do throw a lot away but I also have a lot of good shots too. Not just bird shots (yes I bird, used to a lot more than the past several years (job interference)),but turtles, flowers, scenic, etc. My canoe is rather stable and I’m only going mostly on lakes (which can get windy). All in all, it’s a way to go. I used to lead a canoe, kayak, trip down the Pokomoke River in Maryland for birding. One of my best Prothonotary Warbler shots on one of these trips from a kayak. Hope this helps, enjoy.

What is the extent of the blotchiness in the images? The pictures you posted look pretty good to these old eyes? Is it a loss of resolution as you zoom?

Yes, that’s exactly it. Let’s look at an eagle again. It looks pretty good on the screen, right? 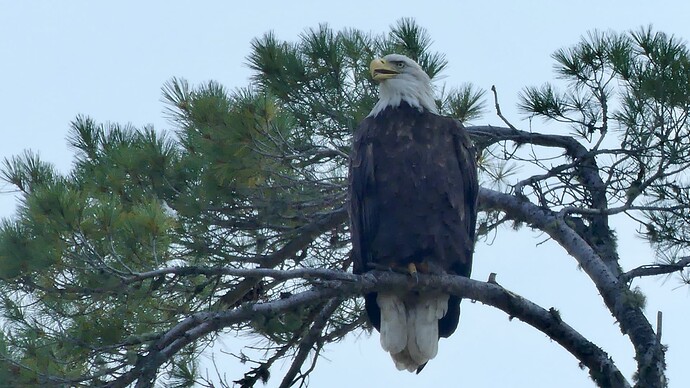 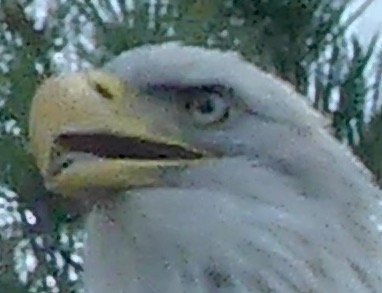 This is exactly what I would expect from a small sensor, it can be sharp at these extremes.

Now we zoom in at 100% on the breast and pine needles.

Both the needs and the feathers on the bird’s breast are blotchy. That’s what I don’t like about the camera. Now, at the price point, I certainly can’t complain, it is an amazing camera. But it only good for web presentation and bird ID. (I got for bird ID). You would need more serious gear for large prints, for example.

I may just be a millennial, but I find the Google Pixel 6 I recently bought for my wife is getting to the point where I really don’t care to have a separate camera anymore for any purpose. My Galaxy S8 on the other hand is fairly mediocre, and for telephoto is useless, but it’s enough to capture moments. The phones seem to have IP67 ratings these days too which is nice (not sure if it’s exactly standard yet, but pretty common). Plus their small size is nice in a kayak.

Phones do have at least one big disadvantage… operating the touchscreen when it gets wet. Who knows what it will do when the screen gets wet

I’m also not a serious birder but have some interest in photography. This thread may inspire me to bring my binoculars on a more relaxed paddle though in future.

“The best camera is the one you have with you”

is a good one. And modern phones ensure that you always have an excellent camera with you, or at least as long as you have your phone with you. Great video too.

But as you say, not so much for telephoto. And that is why a different camera is needed for the things discussed in this thread.

I also have a waterproof point and shoot. Very good for what it does, and waterproof too. Good piece of kit. But for birds from a kayak? Well, it doesn’t have the range needed for most bird shots that I encounter. The cameras discussed above (Panasonic FZ300 and the Sony RX10 Mk IV) are in the sweet spot for wildlife shots, hand held, from a kayak, for me.

I also have the Nikon P1000. Even better for some types of wildlife shot, but way too much range for me to hand hold from a kayak. Braced against a tree? Yes, that can work. But from a tripod is best, so much better I leave a quick release plate attached to the camera full time.

Paddlebirding: first bird during first paddle in FL. It kept hiding in grass and finally got annoyed. Of course I had the camera set at too slow a shutter speed.
Saw lots of pelicans brown and white, some sort of black ducks and a loon and a great egret. 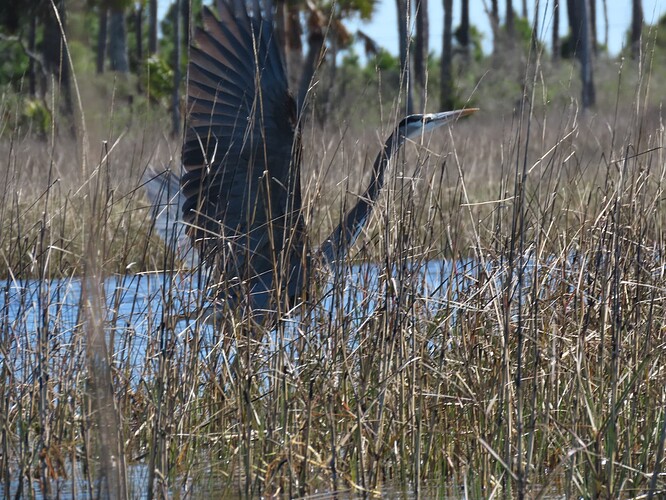 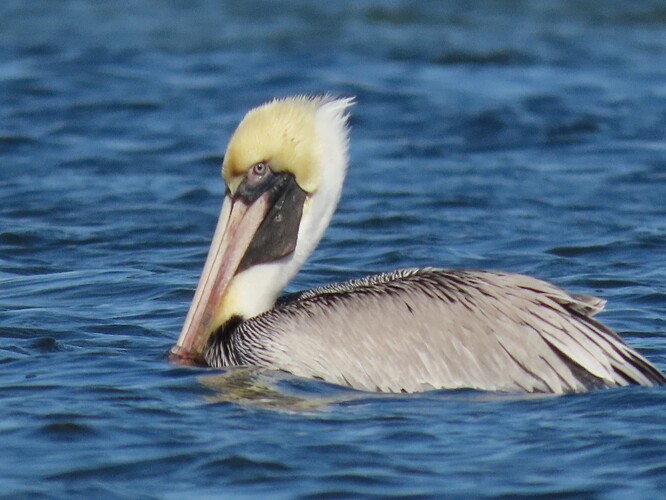 Definitely a lot steadier than I would be on that pelican.

Year ago some friends came out to Ruby Marsh in eastern Nevada. In a few hours they counted 86 species.