Planning a summer trip to Maine?

I sure wish CO had acted as cautiously as ME did.

Many counties, including the one I live in, are pushing to open bars and restaurants to inside dining, and it is obvious they want it before Memorial Day.

Oh, joy, here comes the upsurge. We’ve already seen a noticeable increase in out-of-state vehicles, many of them RVs and other recreational devices. The proportion of nonmasked people cruising the supermarkets has gone up during the same period, acting as if there is no pandemic.

Both ME and OR have reputations as less than welcoming to tourists, at least the rude and/or thoughtless ones. Here, the only county that has shown a backbone against idiots has been San Juan County (no, not the one in NM or the one in UT). They got a lot of flack for it. Good for them, holding to what they consider vital!

The only statement that Maine has released that makes sense is the one above from Gov Mills, where it says that incoming folks drive to their location and do not visit business establishments or go where there are a lot of people for 14 days. The official statement continues to suggest that someone cross into Maine, then quarantine somewhere in Maine prior to going to the intended rental, house etc. Which makes no sense.

That is why I posted that article.

As far as I know campgrounds are not open yet, rentals as of June 1 seem to be talking about buildings.

Maine is fine with tourists as long as you don’t bring bad habits from elsewhere with you. And IMO understand that as you go up and over on the coast away from Portland there will be an increasing proportion of local individuals who are barely putting up with you. So maybe be more cognizant of local habits in Roque Bluffs than in Kennebunkport.

That said I have seen kayakers in particular manage seriously bonehead moves that leave me shaking my head. The obvious one is to misread a channel, especially when the working boats are coming in at the end of the day. Another is to paddle in the way of a lobster boat pulling traps.

Another one IMO is to go to a working dock piled high with traps and ask to launch your kayak. Unless you know one of the people working fishermen who uses that dock and has issued some kind of invite, I would never bring one of my kayaks to bother folks who are working to make their mortgage.

In general it is a state with a lot of imports doing wonderful things, and at least until this virus a strong and improving cultural economy. It also has a population under high stress form all those imports, like fishing families that can no longer afford to pay the taxes on their waterfront property because the market value has been driven up so high by non-fishing people with deep pockets moving up from Massachusetts, CT etc.

One guy in a nearby town bought the big house and gave the lobster pen and dock that came with the property to the local coop. In full recognition of the strain placed on the fishing community by these changes. Those of us from other areas may think that this earned him a warm relationship with the lobstermen. Last I was told the relationship had improved to one of toleration by the locals in the coop.

I love the state, and had Jim and I decided to move there we would have parked in Portland due to medical facilities and year round cultural access. We would have been somewhat more among our own kind. But I love the rest of the state too, it just comes with some behavioral awareness.

This article suggests that out of staters are currently getting some harassment. I am crossing my fingers that it’ll settle down closer to July 4 when there will be more of us. But for anyone going sooner, probably best to bring a lot of patience with you especially w NY plates.

Some people who pay taxes on Maine property and live in the state part of the year now want Maine license plates to avoid public shaming, say town officials..

Interestingly, and unrelated to the pandemic, I read a while back that Maine is unique in that it allows people who live in other states to register cars in Maine, without any need to ever set foot in Maine. The article I read was about drivers in Connecticut registering cars in Maine to avoid paying some car-related taxes or fees in Connecticut.

I was wondering about that, but figured in order to have an easier summer people might have been willing to put up with a year of switching where they are paying higher taxes for a vacation property.

If it is still correct that people can pick up a Maine license plate w/o declaring a primary residence, may not help much. Local offices to handle this are probably going to be overwhelmed just with year rounders when they are able to move with more forces again.

Fortunately there overall is not much transfer of plates overall though it does happen
and it gets a fair bit of publicity
Not that easy to do around here Town Hall not open to drop ins Not till June 1
Campgrounds open now but only to state residents
Lots of out of staters yesterday in Rockland but all seemed to be compliant with distancing and masks View from Beech Hill Rockport. amazing views for little effort
Most kids camps around here closed for season which very selfishly will make paddling a lot easier as they run high powered ski boats. I will miss the kids and the camp dinner bell though 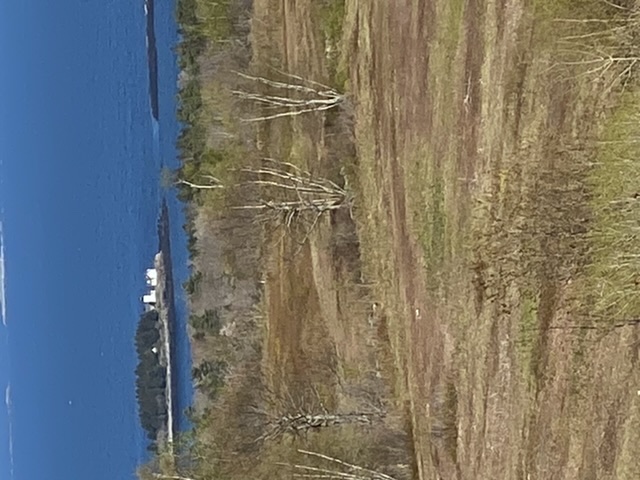 I haven’t seen any news items about misbehaving over the Memorial Day weekend, by tourists or otherwise. Maybe that’s a good sign for Maine.

Well, never mind. Temperatures have been in the 50’s. That will keep the crowds away.