We have done that to create a big platform to do cleanups and I have seen big groups do it on long flatwater trips. If you could keep it from drifting it would be a nice sleeping platform.

I sometimes carry a small anchor when fishing and in slow moving water it would hold two canoes rafted together, or tying off to a overhanging limb.

Hauling the materials to construct a deck might be a bigger problem.

We often do lunch staying in the canoes by joining them side by side facing each other out of the current.

Maybe carry an inflatable to go between the two canoes might be simplest. 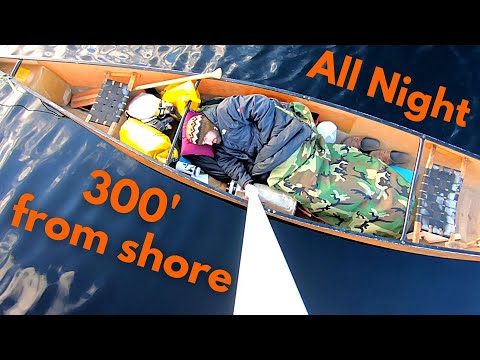 I wouldn’t want to test his statement that you don’t need a bear hang. I suspect a bear wouldn’t hesitate for a second to go in the water if they smelled your food.

I’m with Kevburg. Bears are strong swimmers and can smell an apple a mile away. No doubt they can toss a kayak as easily as a garbage can

You think that beaver that was bugging him might have been a bear that came out for a snack?

Bud, I have exactly the materials you need for that if you want them. 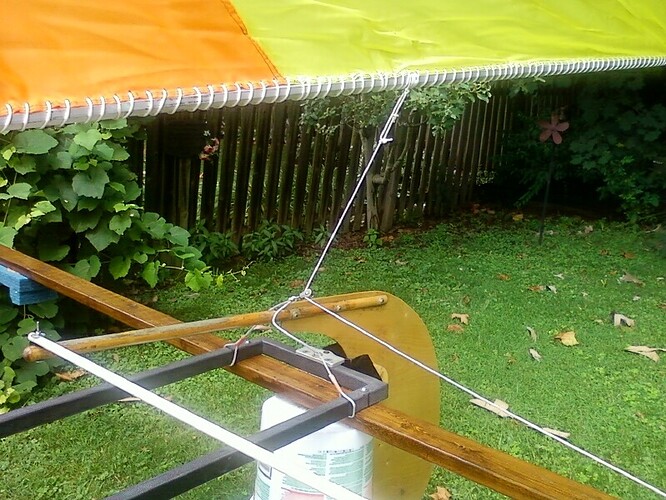 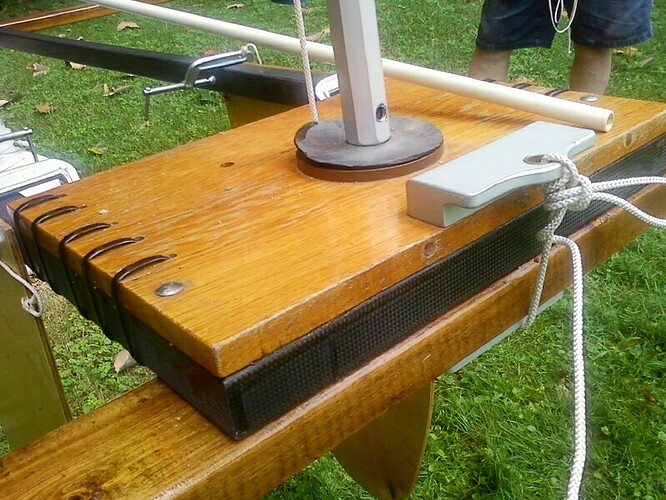 sailing rig 1800×600 186 KB
About 10 years ago a local guy (machinist who liked to tinker) was selling a rig he built for converting two kayaks to a sailing catamaran. He worked for a hospital that had discarded a carbon fiber stretcher of sorts – apparently once part of a piece of a piece of scanning equipment, probably a sliding bed to slide a patient through an MRI or other machine-- and had built a huge H frame with the platform in the center with spar varnished timbers rigged with marine hardware with a huge hinged mast and big sail with rigging. Also came with a big varished marine plywood rudder and a couple of stablizing outrigger skegs. He had not quite finished the project but had jury-rigged it a couple of times on a local lake with his and his buddy’s 16’ plastic kayaks. Claimed it worked as a sailing craft but I have no proof he was being truthful. But it was only $100 and had a lot of good parts and material I thought I could use for something but never did.

I am packing up to move to another house and will have to haul it to our architectural and miscellaneous junk reselling place for donation if nobody else wants it. These are the only photos I have of it at the moment. The black is the long bracket that the stretcher is centered between. I recall it is about 10 ’ long. Once I extricate it from storage in my crowded basement I will have better photos. It is quite a contraption! But has a lot of marine grade fittings and the sail is huge. YOu can see how he used C-clamps to temporarily test the stabilizer fins

@willowleaf Thanks for the offer and that looks like quite the project he was into. You also live close by so even that would make it doable.

As much as I would love to play with it and a second canoe I think it would end up similar to you, me storing it and never getting around to it.

Will be doing that soon. My new house has massive storage space so I can haul the contraption components over there and slide them into the big detached garage. At the moment they are shoved atop jammed shelving in my cluttered walk-out basement so I can’t get a clear photo of them.