Can’t imagine what it would cost to register in NY with the weight of it.

Of course in that photo angle it does look much bigger.
The truck came first as I tend to move heavy things around as part of my income, and I specialize in doing it in hard to access places, therefore the 6×6.
Later I picked up the trailer to help w/ that. It’s an expandable bolster trailer designed for carrying telephone poles so it can change length from it’s short 17’ to about 23’.
I then used an old military comm box as a shelter to build out for living. The shelter is removable from the trailer like a slide-in camper from a pickup. So I now have one trailer that serves as live-in and work trailer.
Also when I travel it’s often on dirt tracks out in the wilderness and the trailer shortening to only 17’ makes it easy to do that w/o worrying about getting the trailer hung up on sharp turns.
And being that I mostly live outside, inside space doesn’t need to be all that big.

Oh, and a side note, the shelter is designed to fit in the bed of the truck. So if I took everything out of the bed I could slide it in there and then it would be like a slide-in camper.

Brodie,
You are living my dream, I will never do it but hope you enjoy every day.

Something I have done that seems to help is getting a round plastic container, like for cottage cheese, about the same size as the gasket; minimal stretch. I drill a hole in the center of the bottom, then slide it onto the plastic hanger (upside down) used for hanging the drytop when not in use. This keeps any creases from stressing the gasket, which is where I have found that tears occur.

I like that!
I’m still researching whether it’s better to try protecting the latex from the dry air (by bagging the whole garment), or if just using something like 303, which seems to be more of a UV block, and leaving it open to the air works better.

If 303 was just for UV protection to much of it wouldn’t make latex seals gummy.

Are you saying that it will make them gummy if you use too much of it on them? 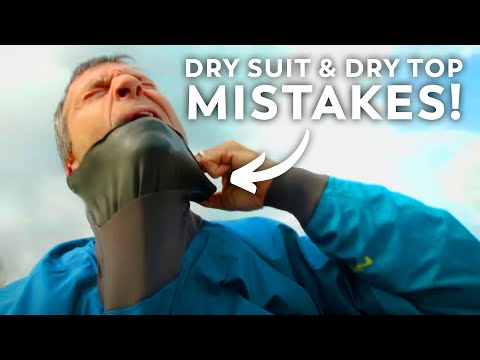 Thanks, I have watched that one and even have it saved in my list of kayaking videos.

I have never used 303 but the MSDS says it can cause skin and eye irritation so having it on a neck seal may lead to issues.

I have used 303 to condition neck gaskets for years. You generally don’t treat a gasket 5 minutes before wearing the garment. It is not a problem.

Yes Kokatat said it in the past. Rinse all the time after use. 303 once a month or maybe 3 weeks with heavy use.

In the off season, I treated all the latex on my drysuit with 303, gently rolled it up similar to how Kokatat rolled it up when they shipped it to me (the closed back zipper lays straight), then put the rolled up drysuit in a contractor bag, twisted the end of the bag and tied it tightly closed with some string. I’m pretty sure ozone from my furnace killed my previous drysuit, so I’m storing the new one on the opposite end of the house, and counting on the contractor bags to keep ozone and any other harmful fumes away.

IIRC, Kokatat recommends keeping the zipper open, as storing it closed compresses the seal surfaces and could lead to leaks in use. I always store mine unzipped.

One important thing that’s not mentioned in the video above is to apply talc to the inside of your seals. It makes it dramatically easier to pull them over your head and hands. Try to find pure talcum powder, as “baby powder” often contains oils and fragrances that can damage latex. I use a product called “tire talc” which is used to powder the tubes in truck tires. It’s pure talc and it’s inexpensive, but you may have to order it online.

There’s been conflicting advice on zipper storage over the years. I think that may be due to different types of zippers used. I just got the drysuit last year, and researched care and storage at that time. I’m pretty confident that, for my zipper at least, closed is the proper storage position.

Very nice layout! My box truck camper conversion is only 16’ x 8’ by 8’ but has a somewhat similar layout. The shower and head are niched in the wall past the kitchenette. Since it still has the rear overhead roll up cargo door and pull out ramp, and the bed folds up to the left wall Murphy bed style, I can slide any of my boats 16’ or less inside for transport. In fact even with the bed down I can wedge one kayak between the bed and the bath/kitchen installations. And I have a single bed cot arrangement that can be set up between the dinette area and built in love seat for a third person to sleep. The table lifts out of a floor socket and the two chairs are commercial grade stackers that I got for $5 each at the local architectural salvage place and they nest out of the way. The metal folding cot frame stashes behind one chair and when set up, it rests across the entry into the cab on the love seat frame and the seat cushions move onto the frame to make bed space #3. Whole rig is “boondockable” with solar panels on the roof and an Onan genset with dual propane tanks that also feed the gas furnace, water heater and a few lantern lights. Solar even trickle charges the deep cycle batteries and the truck starter battery. Builder even installed a slide out gas grill along the passenger side of the skirting.

Like you have, I am moving towards a mobile living arrangement. My dreams of this were first inspired by a friend long ago, an IBEW electrical lineman who lived on a sailboat similar to yours docked in Chesapeake Bay for several years while working on a long-term maintenance project upgrading the Peach Bottom Nuclear plant. When work ramped down during the winters he would hire a crew and sail it to the Florida Keys so he could dive and “bum boat” until being called back to work.

Since most of my kayaks are folders, I can stash them under the bed in their duffel bags. But I also have a kayak trailer so I could actually haul as many as 7 boats along with me (though it would make the living space a bit crowded with one of the 3 hard shells tucked inside with the folders.) 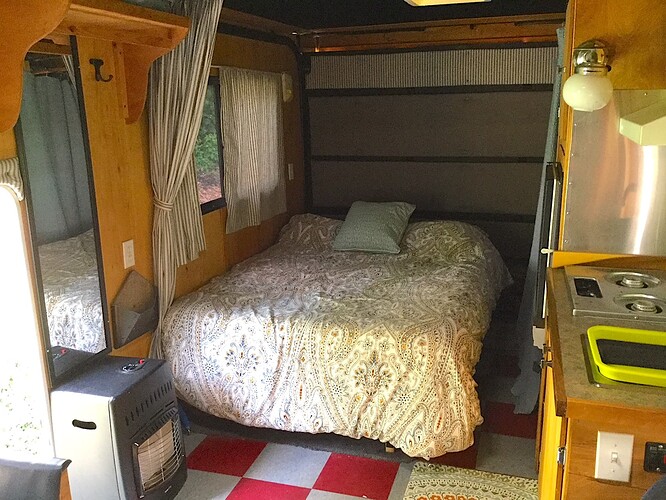 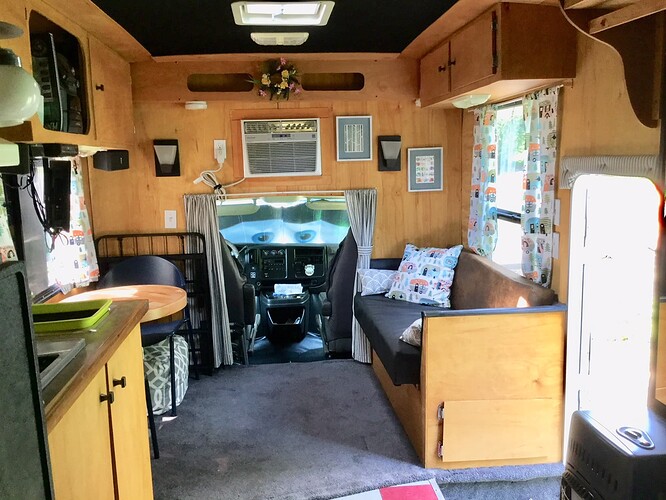 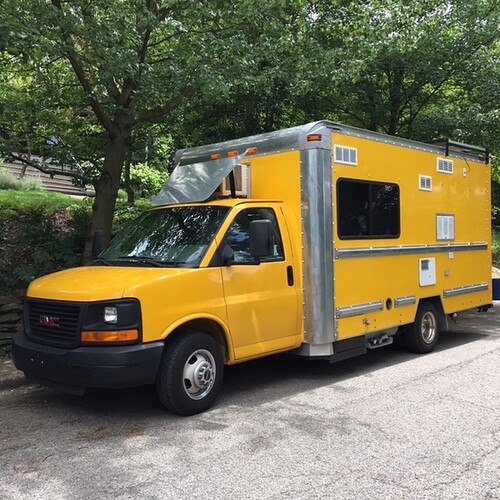 I use a knee high stocking over my head to put my dry suit on. I find this makes it very easy to slide it over even my big head, and keeps my hair from getting pulled. No talc necessary. I don’t want to breathe that stuff into my lungs. I don’t have trouble pulling gaskets over my hands, as long as I remember to take off my watch first.

How do I so often manage to reply to the wrong post here? D’oh. This was meant for @bnystrom

Will it look strange if I go buy stocking