Since we all seem to be toying around with humorous gastronomic posts, here’s one I stumbled on recently - perhaps paraphrased a little…
If you think one person’s actions can’t change the world, you’ve probably never eaten an undercooked bat.

I’ve eaten dubious, but tasty, things in China, Korea, and Mexico. As long as it’s cooked…

One time in China I remember asking “what is this?”.The answer I got was “it’s meat”. I don’t think it was anything they sell at Arby’s.

Great green gobs of greasy grimy gopher guts.
Mutilated monkey meat.
Hairy pickled piggy feet.
French fried eyeballs floating in some kerosene.
Can we fit it all on our spoon?

After the first traditional Korean meal we found a very good Italian restaurant.
And the food court in the Hyundai dept. store had great pizza…

In China, the traditional food was pretty good but there were Aussie eateries with lots of beef but that was 15 years ago.
I spent 13 months in Korea in 74/75 and our restaurant was the mess hall. We did eat from street vendors but usually whatever cooked in boiling grease. The street girls liked boiled snails.

Oh… We were at the Sheridan with several restaurants in the atrium. The subway was below us and had many good snack bars. 20 years ago and loved the people.
I guess we were there with different contingents…

Back to the OP. Duck and baby muskrat lure fishing. The first gets to it early. The other two halfway through. 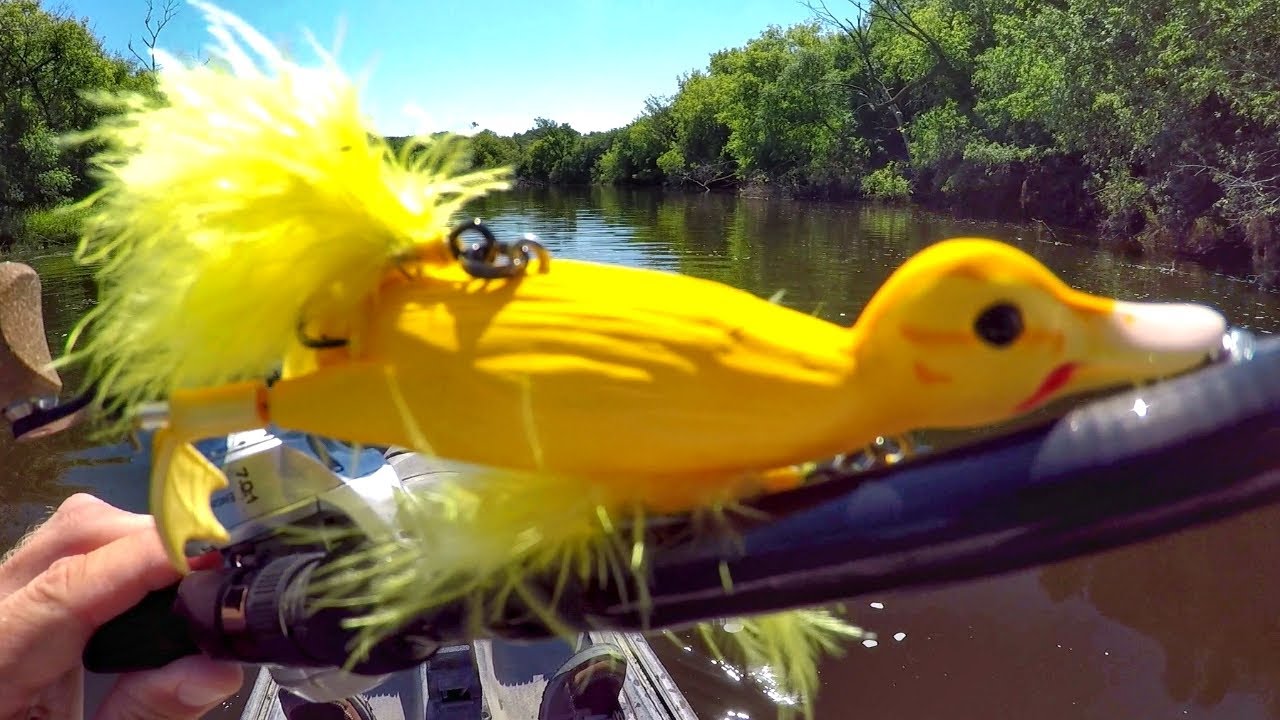 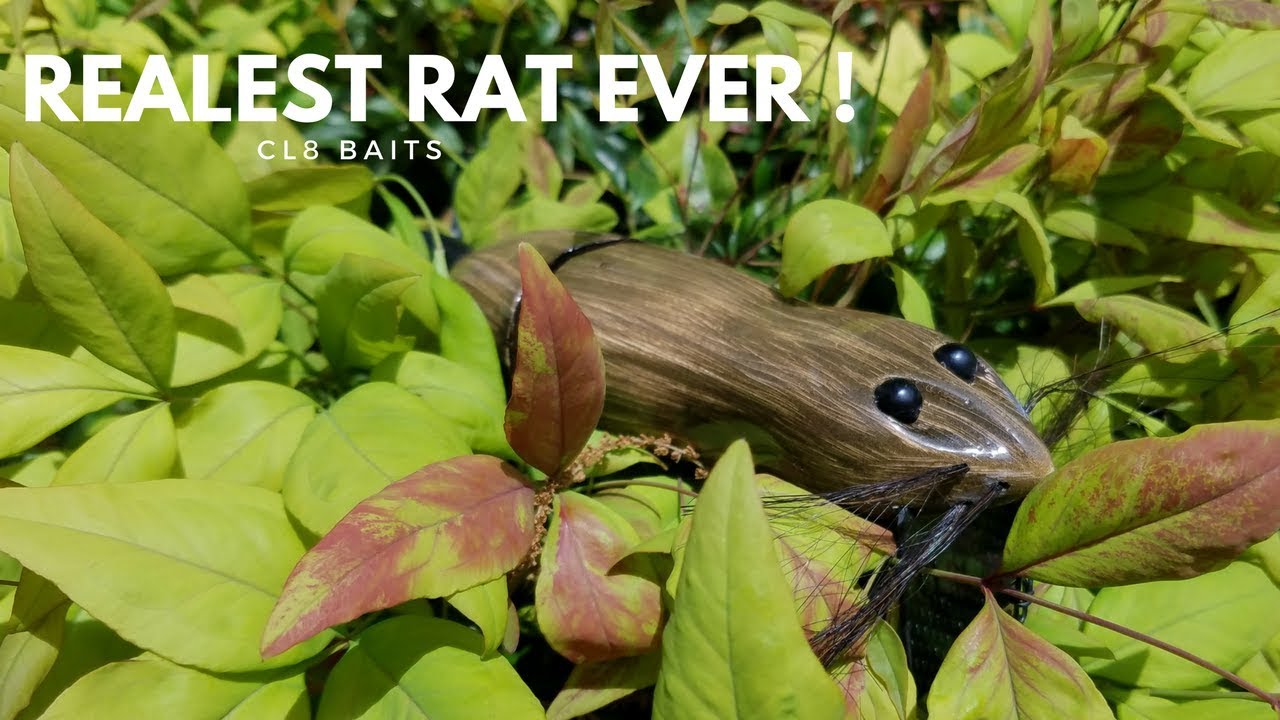 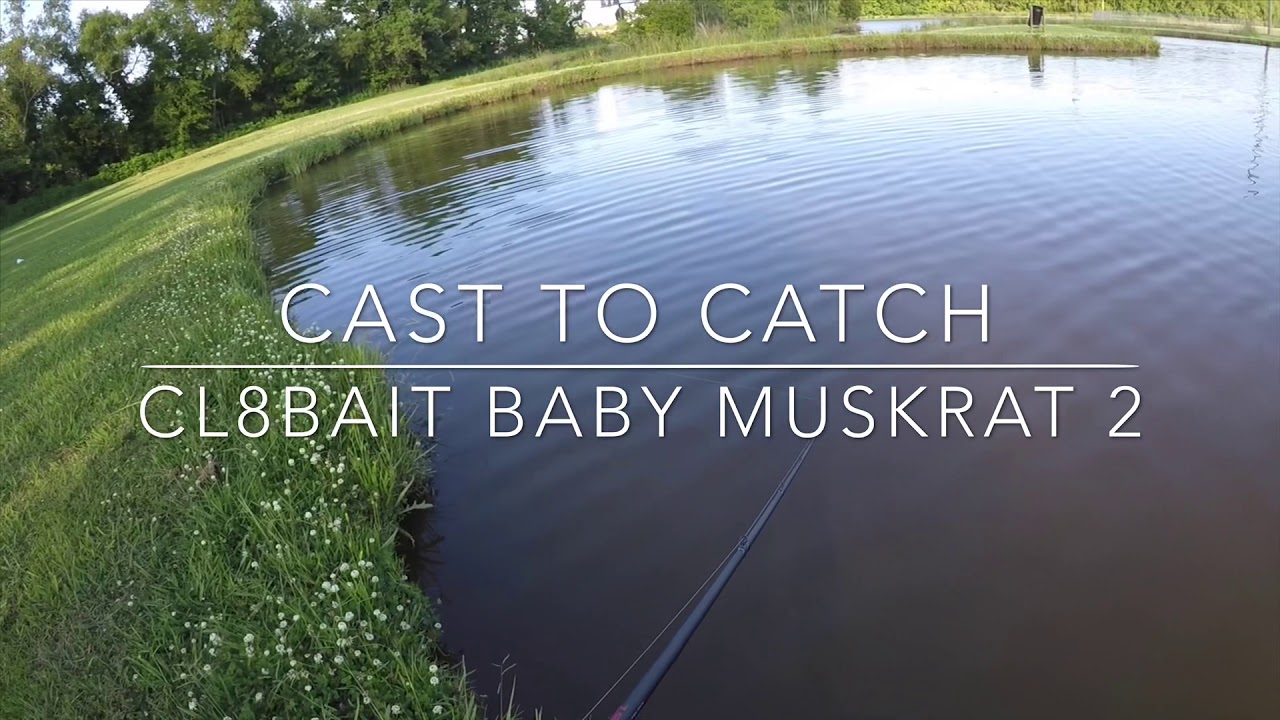 I would venture that lure was being marketed to extremely lonely bachelor muskrats seeking companionship while listening to the Captain and Tenille’s"Muskrat Love."

Well you have to admire the hutzpah of that little bass. I’d be afraid that a snapper might take that duck lure and hurt himself/herself. I once rescued a young duck that I thought was tangled in fishing line but it turned out that it had it’s legs caught in a snapper’s mouth. The snapper was very reluctant to give it up and the duck was quite enthused about being free again.

TomL…are you calling a pike a “snapper”. ?

How do you get down from an elephant?

I believe the Shakespeare Swimming Mouse predates the Heddon. I’ve got a few of them, as they were my dad’s favorite.

Send the Majority to Electoral College.

Tom, if the snapper you referred to was the turtle type, how did you get it to release the duck?

I had a bent shaft canoe paddle with me and I used it to pry up one edge of the turtle. It was super heavy and at first I thought it was a submerged stump. The turtle slipped off the edge of the paddle and took the duck under, but I pried it up repeatedly and on the 3rd or 4th try it finally released the duck. I never did get a good look at the whole turtle even though it must have been pretty shallow water…it was in the middle of a bunch of lily pads. My black lab was in the canoe with me just giving me that worried look. The moral of the story is always carry a bent shaft paddle because they make a pretty good shovel in a pinch.

Good job! My Uncle had a snapper chomp his thumb when he was a kid. They had to relieve the turtle of his head to get him off.

The one time, the ONE TIME that slow and steady was going to win the race…man, sucks to be a turtle around duck lovers.

I believe the Shakespeare Swimming Mouse predates the Heddon.

Could well be… Shakespare made some great stuff. I still have my late father’s Shakespeare bait casting reel. By far the best such reel I’ve ever used - though you had to learn to “thumb” it properly.