The 23 Gulf Kayak is now in the history books. Good teaching. Good weather. This year they added solo canoe and open water canoe. I took my solo canoe there with uncleaned up saw dust from the new seat repair still clinging to the floor.

The navigator and instructor for the Coast Guard Ship Eagle taught navigation.

All in all an event to break up your dull weather next year. Plan a kayak trip to Florida. The girls from Chicago the crew from New York made the good decision to come.

Sounds delightful, but “dull” weather? LOL, a state of emergency has been declared where I live because of an ongoing blizzard. Nothing dull about that. Would love to get out but alas, all roads have been declared closed. Law enforcement is doing snowmobile rescues of those who ignored the warning.

Am better understanding the “snow bird” mentality. Starting to sound like a very good plan.

I echo that! One snowstorm after another all winter does not constitute a dull time. I would much rather have spent 27 hrs in 7 days paddling at the symposium than shoveling wet concrete, like I did so recently. That was just the worst stretch of the winter, but winter ain’t over yet, either.

Even skiiers don’t have it easy, The avalanches have closed roads a few times.

I attended the then-Sweetwater Symposium in 2010 and highly recommend it.

Great that there are still some serious training seminars around.

The term "Snowbird " is passed. It is now “seasonals”. Guess the bird community was being offended. :o

Had I taken the time to look for FL events, I would have been seriously tempted. I spent Tues thru Thurs in St Augustine for an instructor development workshop. We got the conditions you might hope for, and it was a fun and educational time with some great paddlers. I imagine it would have been worth it to head that way for a couple days afterwards. Lots of good stuff going on in FL.

Didn’t get any good action shots. Was mostly busy. But did get some to just show the weather and the mood. Many of these were on the lee side of points and bays. On the weather side…………well I was busy. 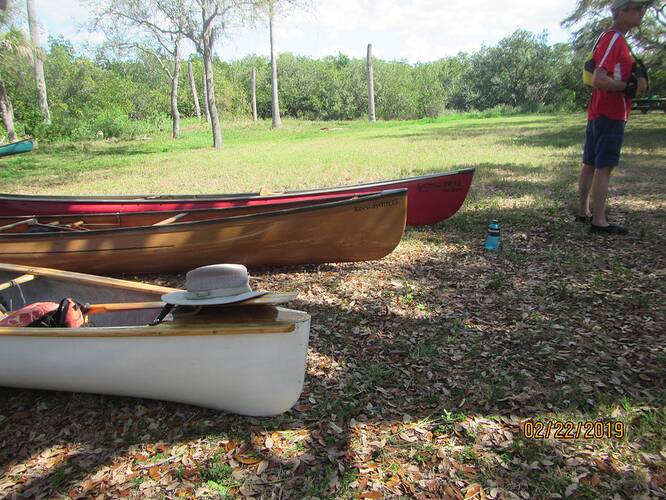 4000×3000 1.61 MB
Canoes were clearly the small group. Training matched the level of the paddler in what they wanted to get. Our British coach gave us new strokes or perhaps old strokes with new names. 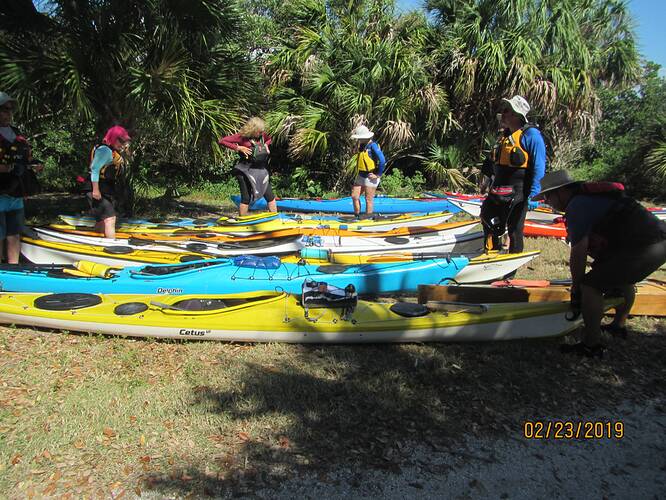 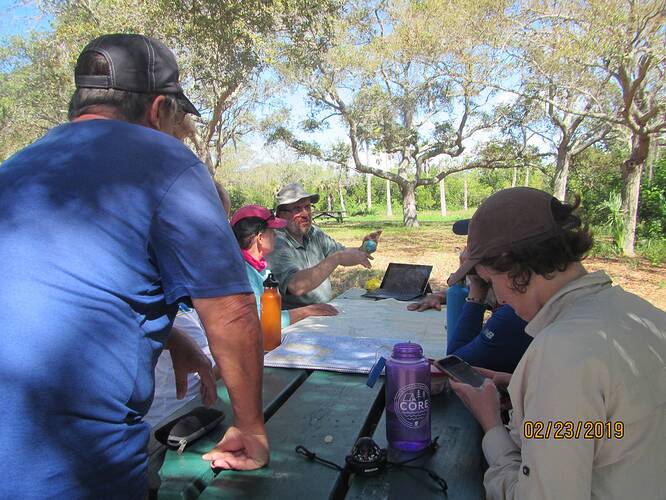 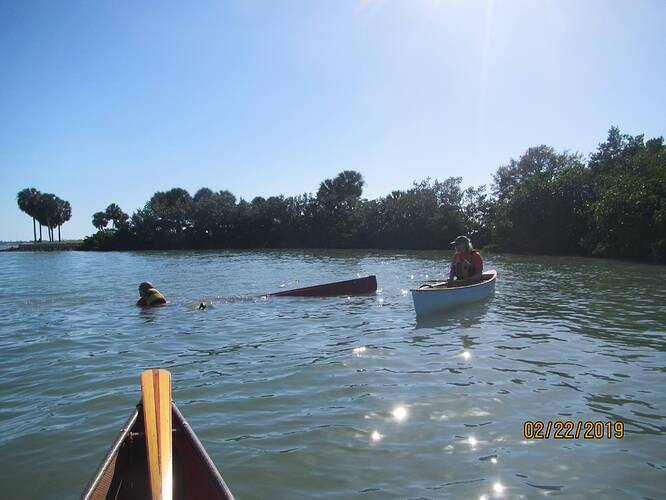 3977×1135 314 KB
Paddle stroke, edging, and other item classes always seemed to end up people doing exercises then grouping up to talk about it. 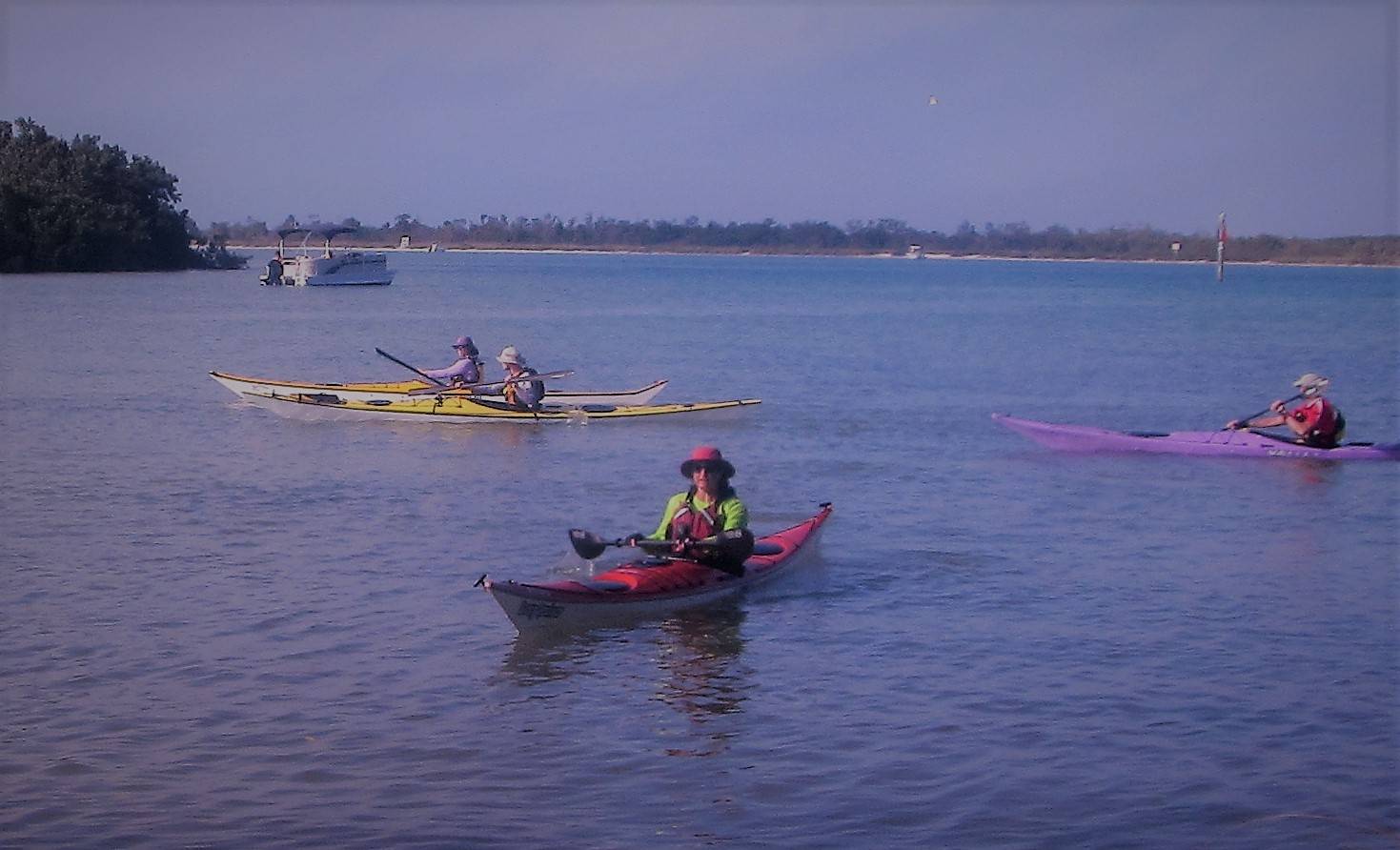 Thank you for the pictures! Were most people already pretty experienced? Where did you keep your other boat when you were taking a class with one of them? Did you camp with your boats nearby or stay in a hotel? Thanks!

For us it was a trip with boat trailer , three boats and hotel stays. Many of the Chicago and NY State folks rented boats from Sweetwater Kayaks . Some of the folks there were very experienced. … some not much.

Of the five canoe students two had never been in canoe before.

About how many attended? Average size of of the kayak classes?

Saturday there were 50 at the morning briefing. Classes I was in were 3 to 10.

After the day happy hour meet ups we’re a odd collection of kayak trailers and cars/trucks with mounted boats.