An absolutely gorgeous day & it won’t last - Thunderstorms tomorrow and then back the 50s air temp. I took the Delphin up to Lake Lansing to enjoy the day. And an enjoyable day it was. The wind is from the south so the most fun was along the north shore leading to the boat launch. Classic Lake Lansing chip along there - 9" - 12" with a few larger, steep sided & maybe 3’ - 4’ between peaks along with a few whitecaps. As a bonus, the Coast Guard Auxiliary was there doing small craft inspections so now I have my form & sticker.
Wins:
Two bulkheads
PFD
Immersion Protection (drysuit)
Spare paddle
Tow line (long & contact)
Water bottle
Bright colors: yellow kayak, blue drysuit, red PFD, and yellow hat.
Trip plan (wife knows)
Passes for the environment
Flares and VHF radio were at home
Snacks & Sunscreen - only out for maybe an hour & a half
Misses
Compass! I usually have one in the PFD. I’ll have to find what I did with it. I do also have a removable deck compass but why on Lake Lansing
Phone - didn’t bring the case so I left it in the car.

Oh, I didn’t see anyone in just a swimsuit. The two Rec kayakers I saw at least had their PFDs on & were in a calmer portion of the lake. At least one of the Jet skiers wore a wet suit - the others probably not. Power boaters & fisher folk were dressed as you would expect.

Sounds wonderful, but wow. What a difference a couple hundred miles makes. Partly sunny up here, 67F, breezy with gusts to 31 mph. Inland lakes still frozen but at least the ice is receding from the shore. Did take a nice hike where I saw life poking up through the dead leaves. Maybe Trout lilies.

Nice. Same weather here yesterday so I spent the afternoon on the Paw Paw practicing skills like sawing tree limbs while floating in moving water and ramming logjams in strategic spots to rearrange stuff. 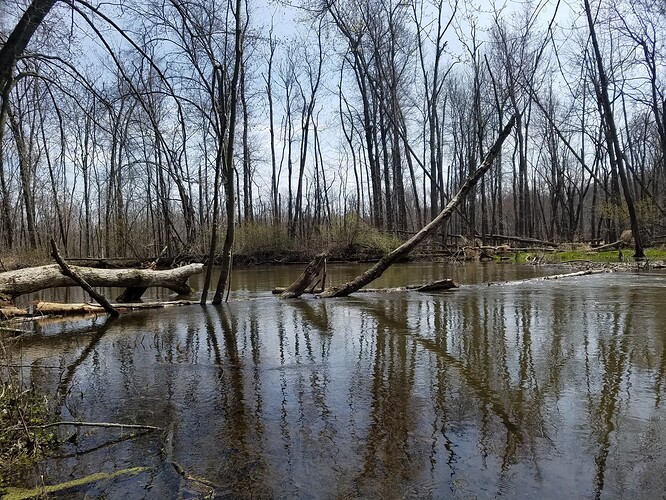 We’re are a few hours directly east of you and the weather and temperatures were almost identical.

We were wearing our drysuits while paddling our kayaks and were quite comfortable temperature-wise, the light wind help to keep us from overheating.

As we were getting into our kayak, two young girls were just getting out of their partially inflated inflatable in shorts and t-shirts, with no pfds in sight. Out on the water we saw one lady paddling by herself, wearing a pfd, no drysuit/wetsuit. At the end of our paddle, we saw of group of 4 in touring kayaks, again not wearing pfds and no drysuits or wetsuits. I can understand not wearing a drysuit or wetsuit, not everyone understands the risk, but no pfd? Okay…

Even with air temps hitting the 60s, out water temp just hit 46 this week. I find I still have to wear my 3 mm neo mitts when paddle surfing. Otherwise, my hands go numb after 30 minutes or so.

I say another couple of weeks before (with 50 degree water) before I forgo the mitts. Still alternating between a hooded 4 mm or hooded 3/4 wetsuit (the latter for smaller days when I know I won’t be in for a long swim on the possibility of blowing multiple rolls and then losing my ride.

Someone local posted paddling with dog in kayak with sandals and bare legs so I surmise there was no immersion wear… Don’t know if there was a drybag with spare clothing. Ice went out a couple of weeks ago and the temp has barely crawled above 50 a couple of times. We know by the lack of blackflies that water temp is below 55.

The weather person keeps mentioning the four letter s word for Thursday… Its still winter in the mountains 45 min from us.

Was happy to see open water this morning, as well as a pair of Loons. That was a gift.

About 25% of the lake is still ice but that should disappear by the end of the week…in spite of a snow forecast for tonight and tomorrow.

Last year April 29 was my first paddle. Maybe I’ll beat that this year.

And so it continues except that Lake Huron waters are still in the low 40s, there was a storm blowing in, and they were miles off shore. The good things is that they did have PFDs and a working cell phone. No good information on the type of kayaks though. 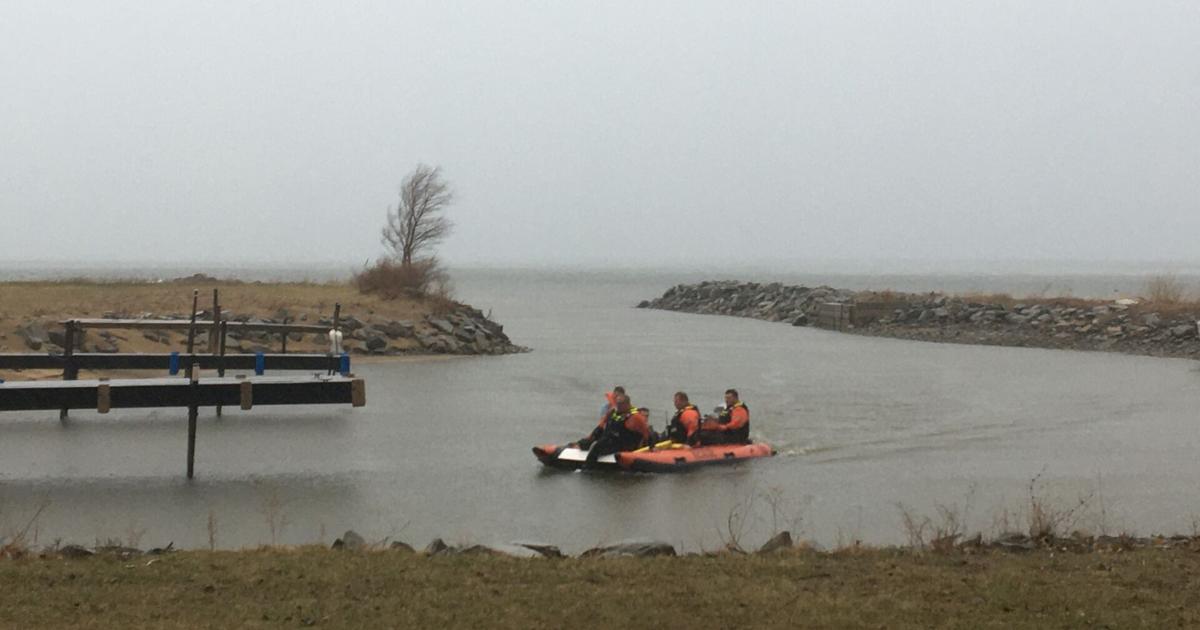 Port Austin firefighters drove the inflatable boat nearly 3 miles offshore to the kayakers, brought all three aboard and took them to safety in the Lakeside Subdivision's private marina as

At least the article mentioned water temperature. Most of them don’t.

Right & the information is there. Here is the lake forecasts from the Lansing State Journal:

Sounds like an interesting paddle…if one has the open water skills and hopefully in warmer water conditions later in the year. Not a good early season paddle for most folks.

With the winds from the South and a reef extending out from the point perhaps best only if you are prepared for a rough water play day. 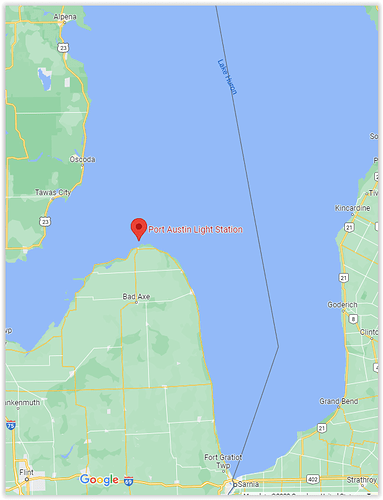 Here is the point & reef 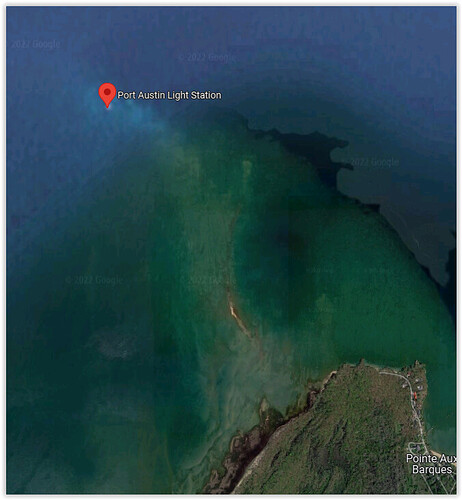