A BACK FRIENDLY way of LOADING/UNLOADING a KAYAK/CANOE... 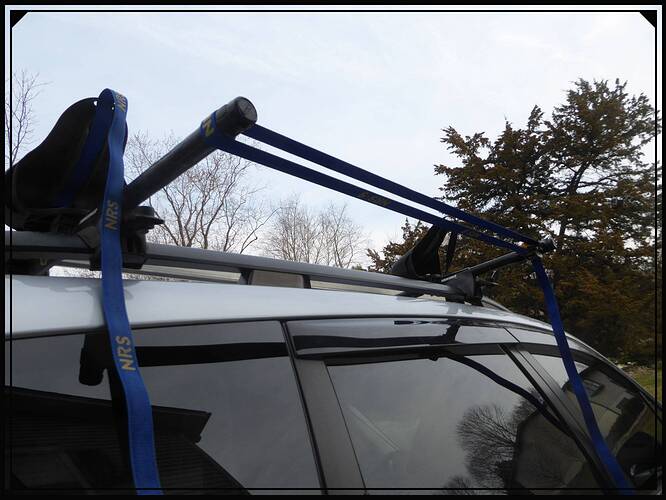 I am new in kayak and I am very interested in your rack extension at front. Could you tell me where I can buy it?

What is your boat?

That seems like a reasonable alternative to the common practice of running the boat up from behind the car, using a piece of carpet to protect it. One danger of your method is the possibility of whacking your head on the bars when entering or exiting the vehicle. That’s why extension bar systems are typically retractable.

I created/made that myself some 15 years ago…

Re: bnystrom (above):>
Only 5 or 6" of offset (of the Yakima Bars) to the right beyond the factory roof rack is needed.
I have more (10") because it works superbly well… Also note that the front of my Yakima Rack
is even with the Back of the right front passenger door frame of my Subaru Forester – making it
impossible to ‘whack’ the head of a passenger riding with me. Take a 2nd look at all the photos!

Re: string (above) My Little Wing 12.5 one of only three 29# Fiberglass kayaks made by Warren Light Craft some years back…

Jon: I’ll be recommending your Http://3meterswell.blogspot. com to my friends.
In an earlier life I worked for Mt. Baker National Forest out of Bellingham
and also three very interesting years for Boeing in Renton (as a AOG - Airplane
on Ground - parts expediter) before becoming a Park Ranger with Oregon
State Parks…( Lived those 3 years in Seattle’s "U’ district… became very interested in the
UW Rowing Program)

I use the same method except that I have a permanent bar in place, running front to back and connecting the ends of my roof rack bars. It works great. I think Inno may actually sell an attachment like that.

I’ve been doing something a bit similar… Using long crossbars extended out to one side. I put a foam block on the outer, rear bar and rest a kayak end there; lift the other end and manipulate it into place. Your way might be better. I’ll try it.

I use a Yakima rack extension to load.

@string said:
I use a Yakima rack extension to load.

The problem is some time the distance between the front rack and rear rack is too short,just like my Audi Q5,so I need rack extension on the rear,later on we will string the kayak on 3 point,one on front rack,2nd on rear rack,and 3rd on extension rack. Till now I do not found any such rack ext. on Yakima. If your rack extension is what I said,could you post a photo here?

It is a metal tube that slides into a Yakima cross bar and can be locked at the length needed. I’ll get a photo when the rain stops .

Here are some photos. There is a “bar” on each side consisting of a piece of PVC pipe. A loop of line with an integral section of bungee cord pulls the two bars toward each other, which holds them in place (see red arrows in second photo). A vertical tube can be slipped in place to keep the kayak from sliding off during loading (shown in one photo). And the tees that slip over the ends of the Thule bars have short bits of PVC pipe inside, with the corners squared off with a file to engage the rectangular shape of the Thule bars. A side benefit of this system is that the "hillbilly’ PVC pipe somewhat disguises the fact that there’s an expensive Thule rack on the car. (In the first photo, I’m using some wood as a sort of cradle to hold the kayak for an 800 mile trip).

This a lot more involved than the simple strap idea in the original post, but it does make a nice solid loader. Note that any of these side-load ideas require you to pivot the kayak so tall cradles like J-racks would get in the way. But I don’t have the muscles to get a kayak up into J-racks alone anyway so it’s no loss for me. 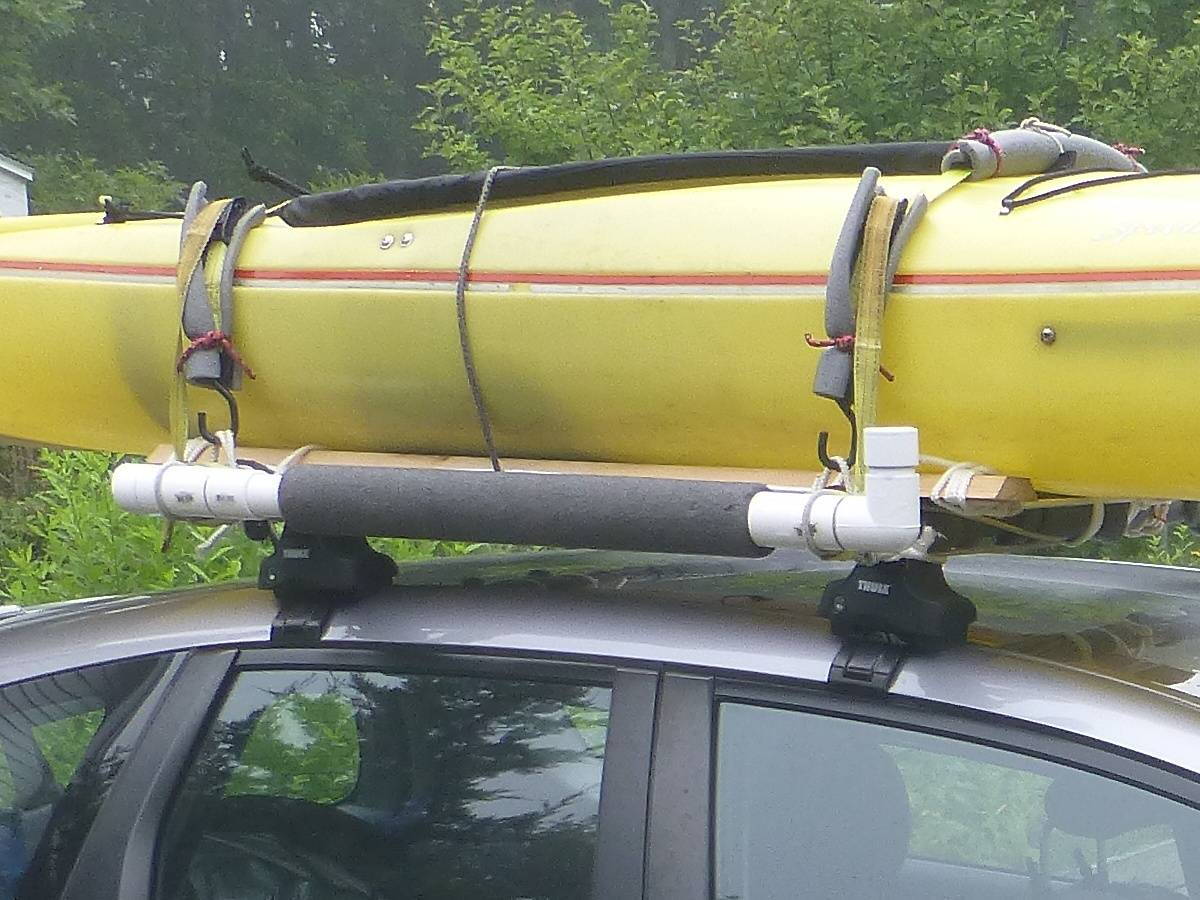 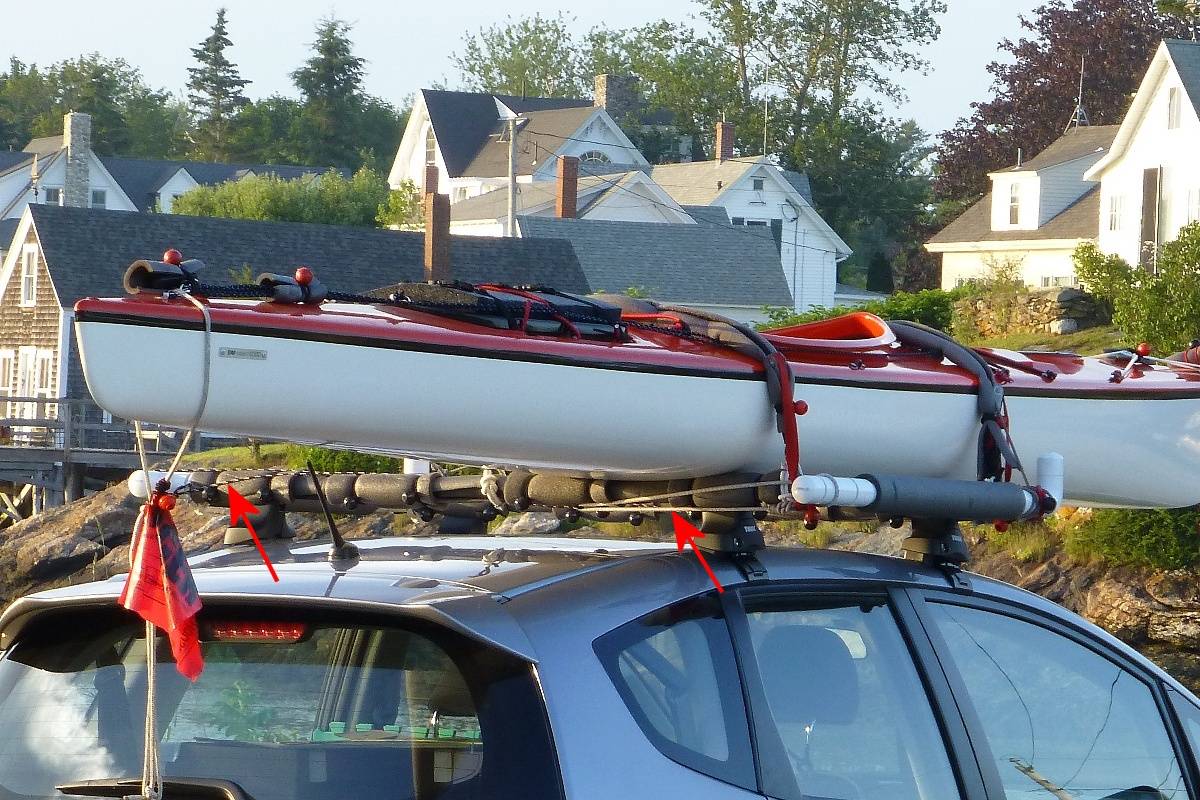 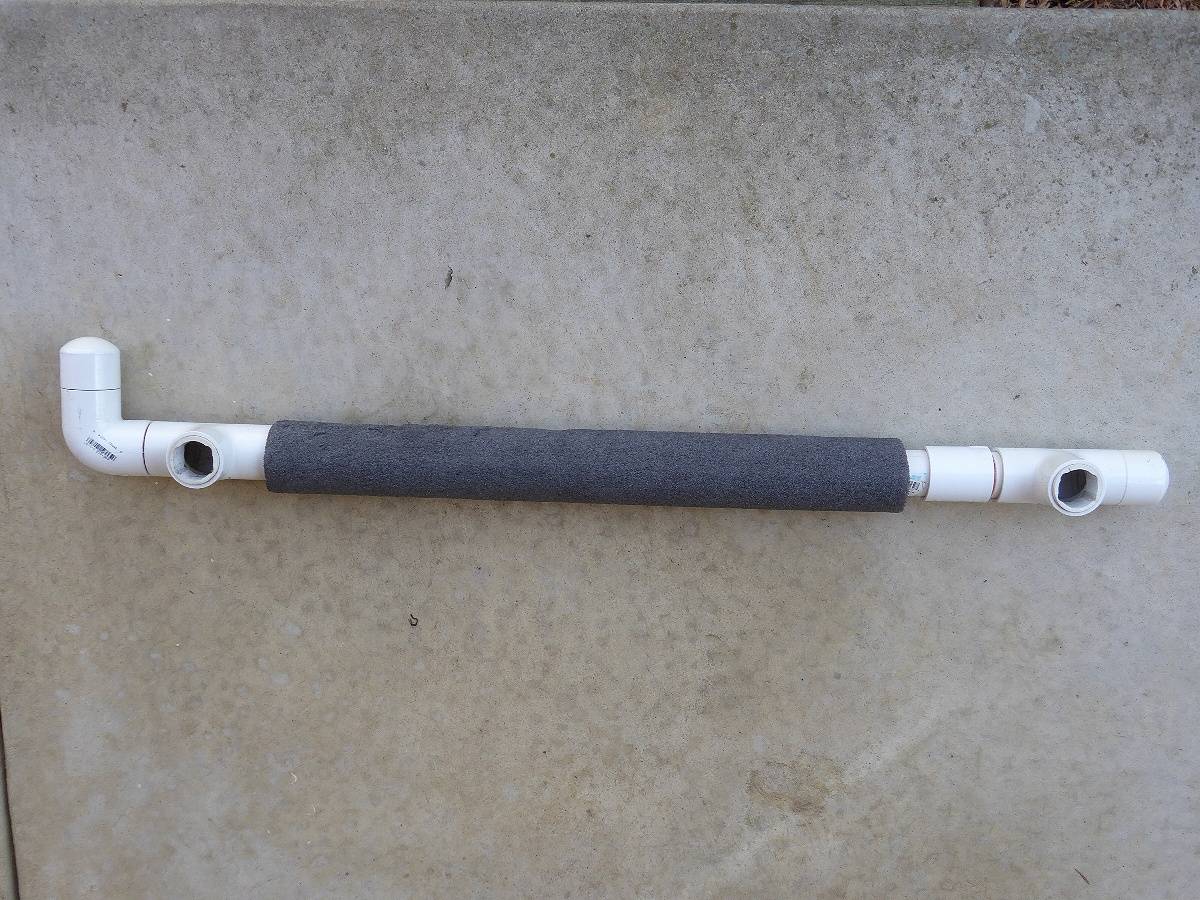 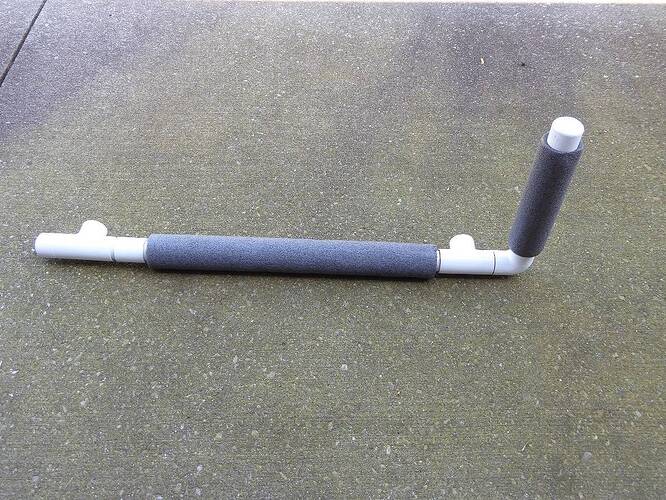 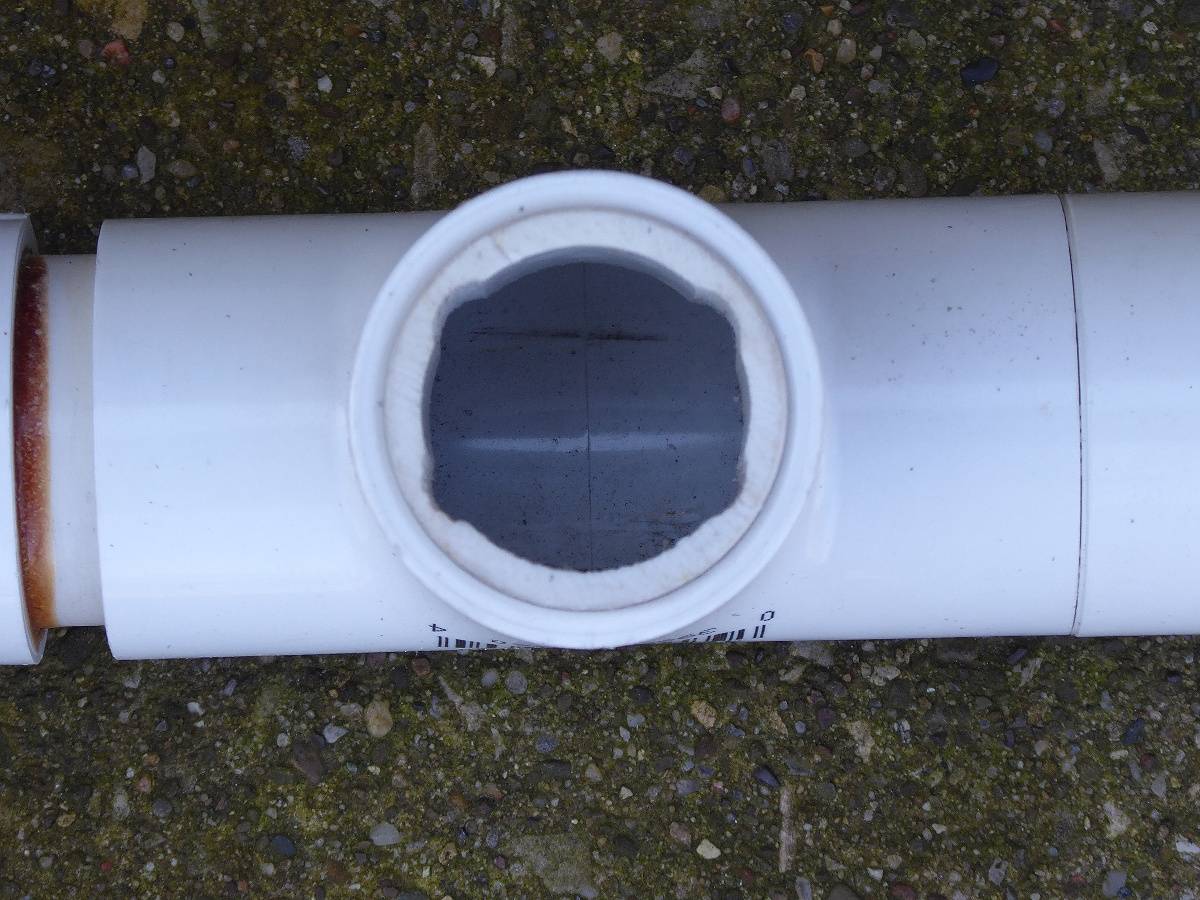 @string said:
It is a metal tube that slides into a Yakima cross bar and can be locked at the length needed. I’ll get a photo when the rain stops . 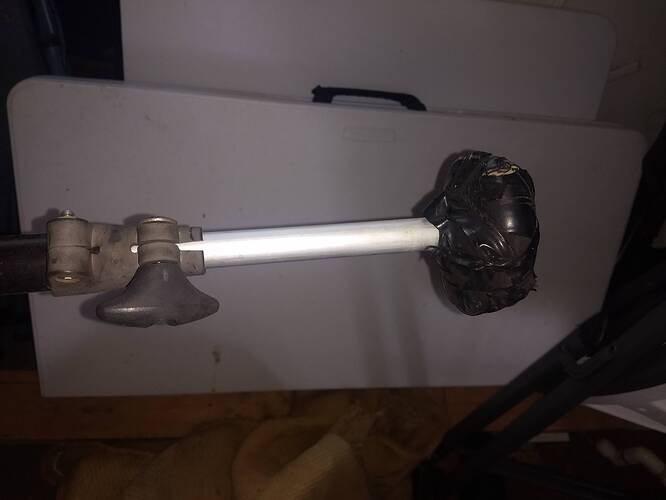 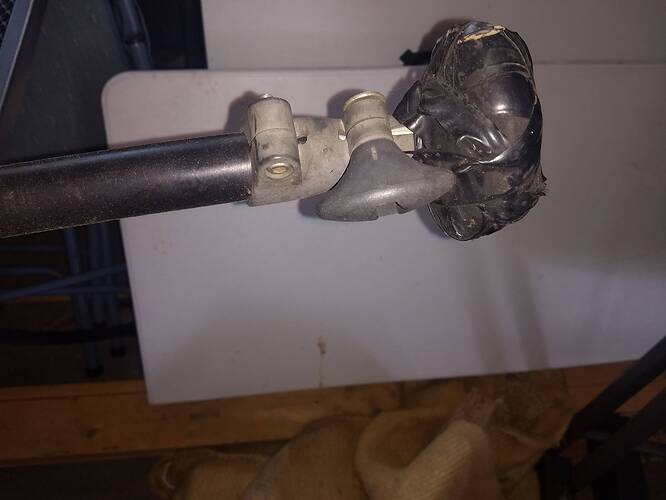 Off topic, but was the photo with the red and white kayak taken in New England?