Just took my new Dagger Katana 10.4 out for its maiden voyage earlier today(!). Only had about 40 minutes on the local lake before some gnarly weather rolled in but—coming from three previous years paddling a WS Tarpon 135T (tandem), & before that, years of rented canoes—HOLY COW, this Katana is a whole different breed! I felt like I had never paddled before.

If it wasn’t for the drop down skeg I feel like I would have been spinning around in circles the whole time.

The responsiveness is undeniable, but MAN(!), there is DEF going to be a learning curve.
Good thing I found good deals on a couple of Eric Jackson’s paddling tutorial DVD’s on eBay.

Granted, I knew—putting in—that I only had a short timeframe before the weather arrived & since I was meeting a buddy to paddle with, I didn’t get to allocate proper attention to learning the new yak‘s distinct characteristics/behavior. That will have to come in the following days, when I can spend some proper, solo time on the water.

Does anybody have any similar paddling transition experiences? Or any blatant recommendations as to why I was spinning like a top?

Could it have been I was OVER paddling? … since I’ve been so accustomed to being the muscle that moves the relative barge of a 88lb+ tandem SOT?

Or any blatant recommendations as to why I was spinning like a top?

The Katana is essentially a mellow whitewater boat with a skeg. Pull the skeg up, and yes you will spin like a top, which is exactly what it is designed to do. If your plans are for flat water, this boat will always fight you somewhat. It won’t be fast or efficient with that rounded entry. With the skeg down it will still be happiest on moving water, Class I and II, and much above that pull the skeg and enjoy the maneuverability.

Were you looking for a whitewater boat or a touring boat? Whitewater boats are supposed to be very turnt and are generally unhappy choices for tour in.

I can’t tell from your post how you chose to get this boat.

I really enjoy self-support, multi-day floats. Up until this point, I primarily float on Class 1 or 2. But I am increasingly getting the itch to experience some of the class 3, 4 rivers in my general region (Missouri, Ozark riverways).

The Tarpon tandem was great for our family of three—while my son was younger—for family floats. But he is now too big to sit in the middle, so another yak was in order, & l I used this opportune transition period to get a boat that would check the boxes & satiate my desire to broaden my river repertoire & also function as that self-support pack mule.

The local county park lake that I visited today, is more a case of convenience (20 minute drive) as opposed to intended body of water for said boat.

As said, that boat is made to turn, not to track (go straight).

If you keep with it, over time you will (hopefully) become more efficient with your stroke such that you can paddle straight better. Using a shorter paddle could also help, as this causes you to keep the paddle shaft more vertical, which reduces the amount the paddle sweeps out (and that sweep is turning momentum)

Great point Peter, whilst paddling I was getting the feeling that my 220 Adventure Technology Oracle Glass paddle is possibly 15 –20cm too long(?) 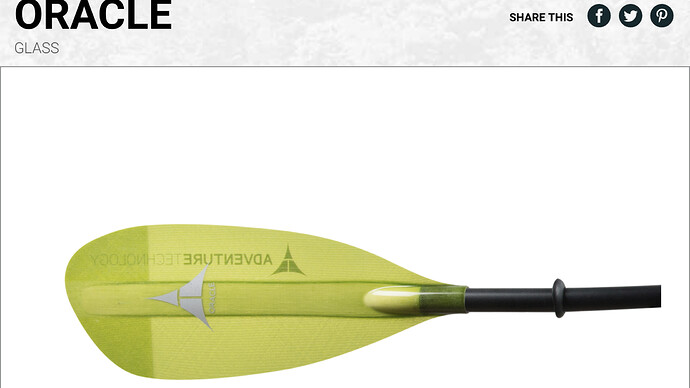 That said, skeg down, on the flat water, it tracked WONDERFULLY. WAAAAY lighter, & more responsive than the Tarpon 135T.

Ten foot boats do not track [well]. particularly Daggers. I’m not sure why Dagger makes flat boats. I’m guessing it’s in their whitewater history. I’ve owned three Daggers. The first boat I bought was the old Bayou 2. It was a 13’ two man boat that only tracked slightly because it had a bit of narrow keel at the stern. I upgraded that boat with the Blackwater 2. That has a skeg which makes a huge difference. If I could give any advice to new boat shoppers (non-whitewater); get something at least 12’ if you plan on going any distance and look at the bottom. If it’s flat it won’t track well.

Agree with Peter. Anything more than 200 cm is probably too long for a paddle length Incidentally, he advised me in an older thread to stick to that length even for my 13.8 ft P & H Hammer and it greatly increased my tracking ability and enjoyment.

Right on, right on …

The price seemed too good to be true, but after a bit of research, & also the fact that they are featured as an Adventure Texhnology’s authorized/approved dealer, well … I figured I’d give ‘em a shot