Ad for a Pakboat (if anyone is looking) 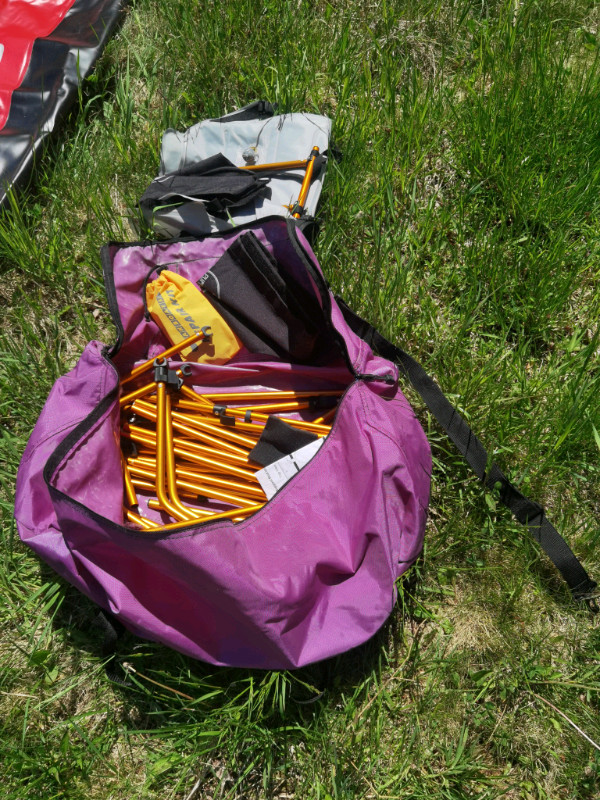 Hi I have a pakboats Puffin Solo model collapsible kayak for sale. It has never been used and has only been taken out of bag and assembled once for these pictures from today, June 12, 2022. It is in new condition and as you can see everything is...

I just came across this ad for a Pakboat. I know nothing about them, if it is a good deal (seems like it might be) and I do not know the seller. I thought if someone was looking they might be interested. It is located on Cape Breton Island in Nova Scotia, Canada.

That is a good deal. it’s a 2008 (I have owned a 2004 solo 12’ Puffin for about 10 years.) The whole boat packed is under 24 pounds so an interested buyer might be able to persuade the seller to ship it. I bought mine on Ebay and paid about $50 to have it shipped across country in two cartons. and I have shipped larger Pakboats for under $100.

The Puffins are well-designed, easy to assemble and are a great compact inland waters day trip boat for small to average sized paddlers that can even handle mild whitewater. Nice travel boat — I flew to the UK with mine packed in a standard rolling duffel, didn’t have to pay oversized or excess baggage charges. And I was able to carry it set up once I got there on my rental car using a Malone inflatable rack kit. Stores in a duffel bag that fits in the bottom of a closet, a car trunk, in a bike trailer or in a corner in an RV or cabin cruiser. Because of the skin on frame design it has a vast amount of cargo space and is also more nimble on the water than a similar sized inflatable.

I hope it finds an appreciative home.

It is an 08? I assumed newer because of how the ad is worded. I guess the serial number ending in 08 should have been a clue. You can tell by what the photos show that it is spotless so I doubt it has ever been used.

One precaution: Pakboat had a batch of failed sponsons and inflatable seats in 2007 – defective material was used by their subcontractor who made those components and the waterproof coating peeled off the inside of the fabric inflatables so they leaked air like a sieve. The company offered free replacements once they detected the problem – BUT some people who bought them but did not register the warranty card never knew about it and failed to get the replacements. I didn’t know this and bought two Puffin Swift 14’s made in 2007 that a couple was selling on Craigslist for only $300 each. I bought both – the frames and skins are pristine and it looked like they had never been used. But I had to track down seats to replace the ones that won’t hold air and bought material and valves to make new sponsons, which I have yet to finish (too many projects.) Not a surprise that they were selling them cheap – probably discovered that the seats and sponsons were going flat the first half hour they were set up.

You might want to contact Pakboat in New Hampshire and check as to which model that serial number is and whether it might have been affected by the recall.