An inside look at the Sterling factory

Saw this on my daily look for something to watch while I floss my teeth (I know, TMI), but, since I am practially a major stockholder in the company (own 3 Sterlings), thought I’d post it. 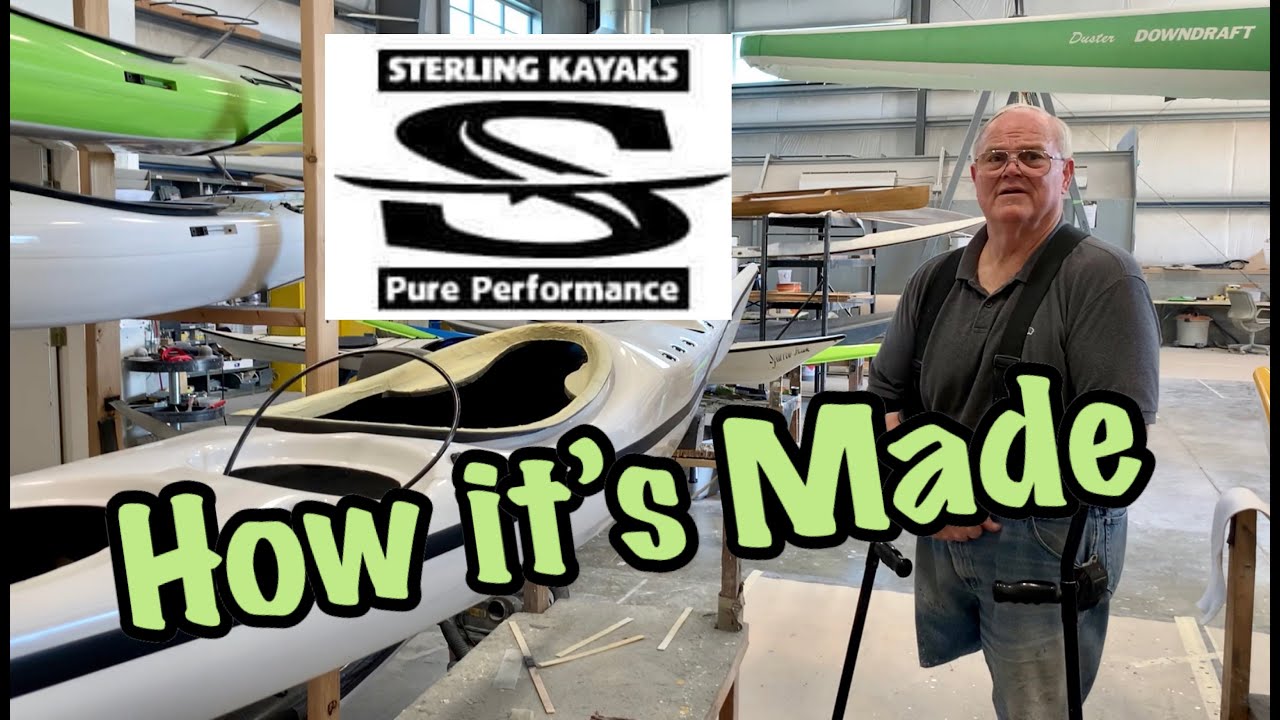 Showed up in my feed this morning. Good video. I’m on my second Sterling boat and a big fan.

Are you using yours for touring?

The Progression is my day/play boat. The same was true when I owned the Illusion. I feel that both suit / suited my needs for overnights or a few days at a time but I wouldn’t use either for anything beyond a week.

For longer trips I have my Tempest 160 Pro and it is more efficient carrying a heavy load. I can put a month’s worth of gear under the deck of the Tempest. Can’t say the same for the Progression or Illusion. The Sterling boats are just so dang fun to paddle and do stuff that I never found in other designs.

Thanks for the reply. I’m on the hunt for a touring boat right now, but these look amazing. Hope to try one out someday.

One of my trip partners bought a Grand Illusion 7 years ago. He had paddled NDK’s for years prior to that. His GI is incredibly responsive. This coming from a Sterling paddler. It holds a ton of gear and still handles like crazy. It is ridiculously comfy in dynamic water. His on-water photos improved immediately over those taken in his Explorer, Poseidon, Romany, etc due to his comfort with hands off his paddle in sketchy water. Paddle one if you have the chance.

I’ve been looking at the Sterlings for a few years now, but I’m in the northeast, so everything is British. A Cetus HV is on my short list, unless I got something with a rudder. I don’t think there’s a GI that I know of in my area, so I’d be buying sight unseen, but as long as it’s comfortable and quick enough I wouldn’t be opposed to buying one sight unseen.
Being a larger human, the GI was the one I was looking at. I’m paddling a Nigel Foster Shadow now, and don’t get out as often as I would like, so my skills aren’t where once were to feel comfortable in dynamic conditions. I get a little white knucklie in the bumpy stuff now.
How is the GI for speed? Similar to an Explorer?

I’ll be happy to put you in touch with my buddy. You can discuss it with him.

That would be great, thank you very much.
Jbmartinsen at gmail dot com

I don’t know about the Explorer, but after purchasing a GI in 2017, I did a bunch of speed tests, comparing it with my Chatham 17 (composite). The two boats, averaged across different paddles, directions, paddling methods, etc, were identical. In group paddles, I’m generally near the front. I’d say I’m an average experienced paddler with average speed. You wouldn’t necessarily think the GI would have any speed as it is such a highly rocketed boat, but it gets along just fine IMO. Part of the reason I got a GI was to avoid the infrequent white knuckle experience you noted. So far, I haven’t had any of those. It handles conditions quite well.

so I’d be buying sight unseen

All 3 Sterlings I have were bought sight unseen.
btw, I’m in Florida, and had all 3 safely shipped here (WA->FL). They use the ‘Eddyline’ crates, which seem to be pretty good.

How is the GI for speed? Similar to an Explorer?

I could tell you what I ‘think’ is faster or slower, but will just show you stats on a selection of boats I’ve owned.
Note: I’m a ‘casual’ paddler. Notice that I paddled the 20’ V10 like a slug, yet am paddling the 14’ Petrel Play nearly the same speed as the V10. (I don’t push it or slack around). 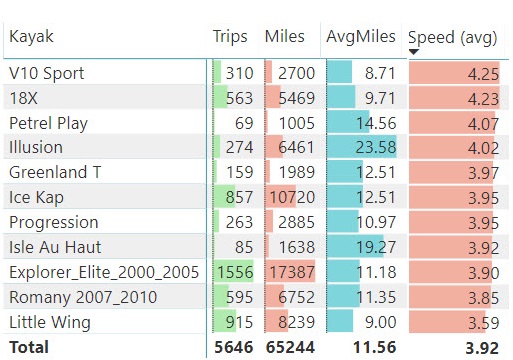 3.95 to 4.02 seems like a small difference and while I don’t have data to confirm those numbers my experience would confirm that the Sterling Progression is slower than the Illusion. Neither is a fast boat. The Progression, however, prefers a larger or slower moving wave. If I am paddling from Point A to Point B in normal conditions I would choose the Illusion.