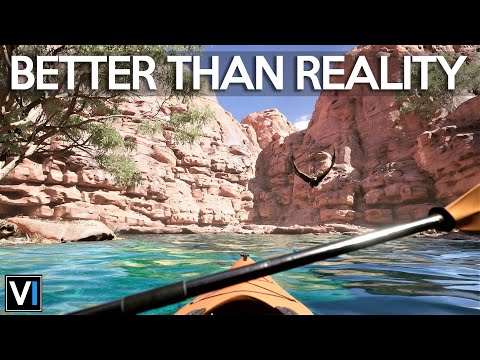 I’d like a review from an actual paddler.
Goes w/o saying, I prefer ‘doing’ to ‘simulating’, and the floating paddles (no arms) kind of bothered me as well as having no sprayskirt, but overall looks kind of cool, maybe something for you folk up in the frozen north.
A couple I’d like to see (for starters) is: a surfing version and one in a heavy storm.

Could use a VR headset about now! But a drysuit is about the same price I think.

One thing is for sure though: You never have to worry about cold water immersion or rescue in this simulation, ever

Have a sneaky feeling it’s still not the same as the real thing even with the headset though!

Also the animation is choppy and the floating paddle is pretty strange I agree. However this is not a review by an actual paddler (yet).