Saw this in today’s newspaper. I thought other paddlers might find it interesting also. Its almost as if “lightning” does strike in the same place twice.

The canoe was buried less than 100 yards away from a 1,200-year-old canoe found in Lake Mendota last year, by the same Wisconsin archaeologist.

As an afterthought, this puts me in mind of a bit of Sigurd Olson’s writing, which I’ve put up here previously but seems worth thinking about in light of this discovery. People been paddling a long long time…
“The movement of a canoe is like a reed in the wind. Silence is part of it, and the sounds of lapping water, bird songs, and wind in the trees. It is part of the medium through which it floats, the sky, the water, the shores.”
“There is magic in the feel of a paddle and the movement of a canoe, a magic compounded of distance, adventure, solitude, and peace. The way of a canoe is the way of the wilderness and of a freedom almost forgotten. It is an antidote to insecurity, the open door to waterways of ages past and a way of life with profound and abiding satisfactions. When a man is part of his canoe, he is a part of all that canoes have ever known.”

And that’s a lot.

Did they determine the date by the serial number?

Or the ratio of the Carbon serial numbers…
Are you guys able to read the whole article? I did before I put up the link (and, BTW, it says they did 3 carbon datings - they didn’t quite believe the first two) but now I can’t see the whole article again. The Journal Sentinel wants money. Are you guys having the same problem?
If so, here’s a link to an article from a different newspaper. Maybe they’re more readable. 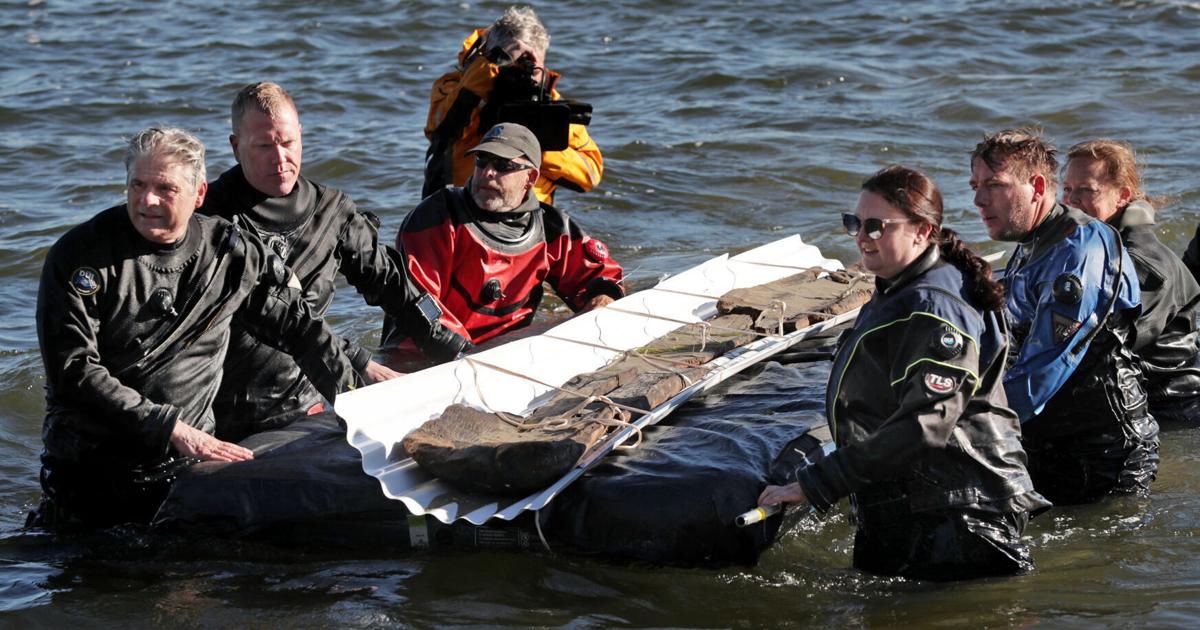 Almost a year after a 1,200-year-old dugout canoe was raised, a 3,000-year-old canoe is pulled from the lake on Thursday and is believed to be the oldest ever found in

Just finished reading the “Luck strikes twice” article. Although paddling with one other person is enjoyable, evert solo paddling trip is a very personal and rewarding experience. It the sensation of every surge from an efficient stroke, keeping the boat on an arrow straight track, and watching the distant objects come closer. Every stroke is a chance for the perfect surge. Every trip the chance to do it again - thousands of perfect strokes. Each trip compounding your knowledge and the chance to exceed expectation. Its not about getting easier, its about getting better. Just the way it must have been 3,000 years ago.