Grandparents drown and grandson survives after their boat capsizes while paddling down a stream in Vermont. 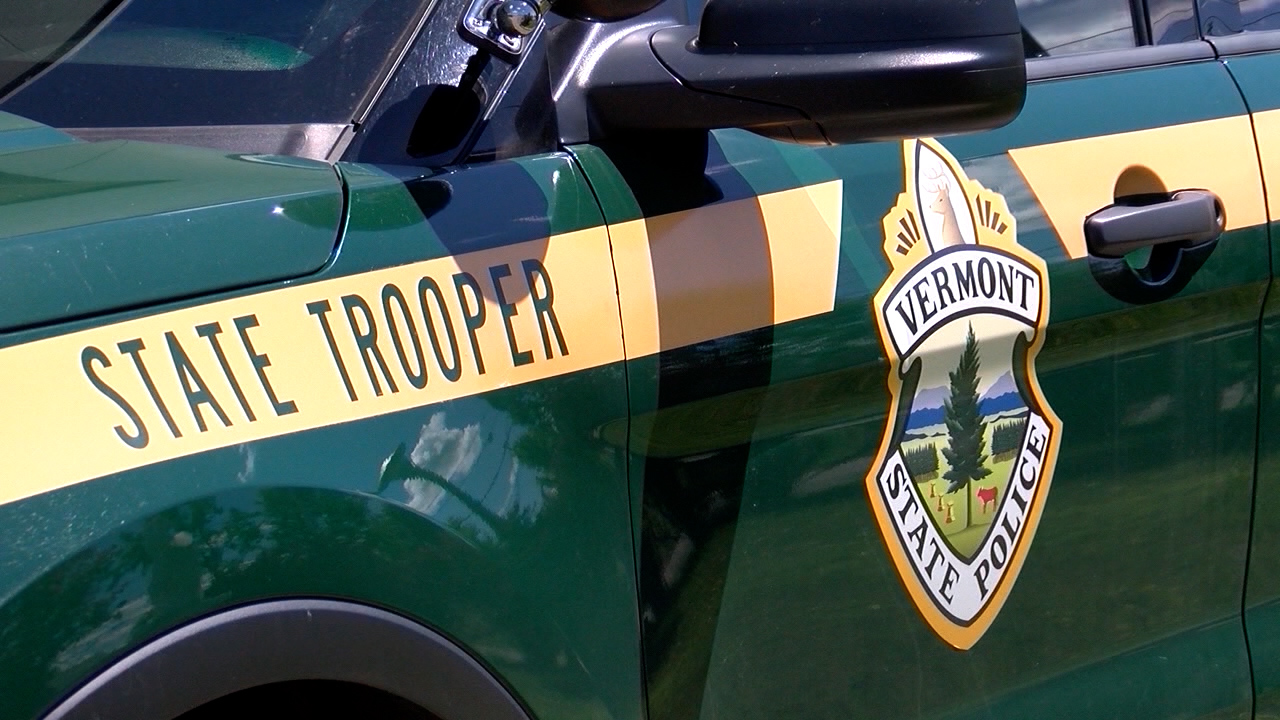 Fishermen found two bodies in the creek near Spear Street and Lewis Creek Road in Charlotte.

Two bodies were found in a Vermont creek Monday afternoon, a spokesperson with state police has confirmed. 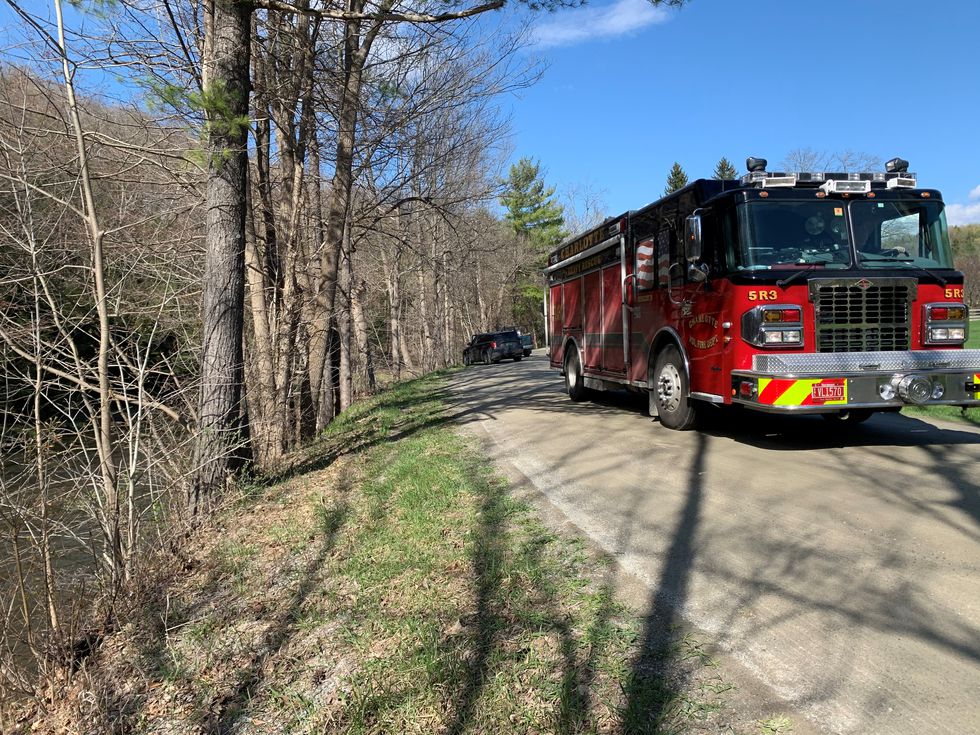 Police say the little boy was wearing a life vest but his grandparents were not.

Of note: Only Local 22/44 News mentioned during their broadcast that the grandparents were not wearing personal flotation devices. WCAX appears to have added it to the subheading as an afterthought.

I posted this because it’s an indication of the cultural mindset of most Vermonters (and probably nationwide): I don’t need to wear a PFD because I can swim and PFDs are uncomfortable and inconvenient. I don’t know what the solution is but the public needs to be educated on the importance of wearing a PFD when boating, not just having flotation “available”. As we know, it’s especially important when the water is cold.

So sad. Another boating incident that might have had a better outcome.

That is really sad. It seems highly likely that PFD’s would have saved the grandparents.

How horrible. Amazing that the toddler not only managed to get himself out of the water, but walk to his grandparents’ home and get into a car.

Another sad tale. Happens every spring.
Wear a PFD or don’t get in the boat. That is our rule.
Dress for immersion especially in the spring.

The lesson regarding wearing a PFD and dressing for immersion is extremely important, of course… but that swamped boat (pictured at 1:10 on the last WCAX report) and the one pictured hauled up on the bank on the first report - assuming it is the boat they were in - is no canoe. The reporters say “canoe” but that isn’t what’s pictured. I find that strange.

It is a tragedy, of course, and it doesn’t really matter with regards to PFD use and water temp, a small boat is a small boat, but this reporting strikes me as odd… Am I the only one seeing this?
Thank goodness the child is OK.

The police mentioned a dam in this episode. Check your route for dams by driving UPSTREAM so you can seem them. Looking downstream there is only a horizon line. These people may have capsized at the dam because they did not know it was there. Then the cold water got them.

Do not run low head dams if they are anywhere close to vertical. They create perfect reversal waves which are hard to escape from . They are often full of debris like logs and branched which are stuck recirculating in the hydraulic.

I watched all three reports and agree the reporting is odd and that boat shown definitely isn’t a canoe.

A related story: A Spirited Lewis Creek Advocate and Her Husband Die in Boating Accident | Off Message

Curiouser and curiouser, as Alice would say…
Surely anyone who lived on the creek (as their address would suggest) and was involved with it for as long as she was reported to have, would have known about a dam, and probably traveled the creek many many times… and it sure doesn’t look like a particularly dangerous bit of water. There was a log pictured that might have knocked adults from a boat and left a 3.5 year old in an out-of-control boat to later flip and get pinned… but that’s pure unadulterated speculation, of course. Its always better not to do that. Its also a bit amazing that a child that young knew the way back from the river to the grandparent’s place on his/her own. That suggests to me that even the child knew the creek pretty well.
There surely are pieces missing from this puzzle.

The water would have been cold, and the wind was not exactly balmy the last couple of days. Two people in their early 70’s would have had diminished chances regardless of shallow water if anything happened that inhibited their ability to get out of the water. Perhaps like hitting their heads - that water looked quite shallow.

The boat swamping could have been just too much weight, so even a small bit of water pushing against it was a problem.

Agree there are many unanswered questions here.

If you have ever had to deal with a reporter, you would find that they are not the sharpest pins in the tomato or very well informed with little desire to be right, just first.

I also noticed that the little skiff was called a “canoe”. The reporting on this incident is fairly typical of paddle craft incidents in general, that is, uneducated. I believe it’s just an indication of how much of a niche sport this is.

There is something more going on here… Nothing makes sense. The water level is so low that crawling out is possible.

It could be a “flashy” river - levels up several feet after a rain and then back to normal a day later.

most of it goes through farmland and oxbows. Now admitting I am old I can’t remember anything horrid rainwise last Monday. It snowed but after the accident. I am about three hours due east. Usually what VT gets we get later in the day.
While I have been to Charlotte dozens of times its almost always to catch the Champlain Ferry so I never paid much attention to creeks.

Statements by neighbors in the links claimed the creek was low and there have been no accidents in that stretch for at least 40 years. They’re perplexed.

“Illick and Dinnan’s bodies have since been transported to the Chief Medical Examiner’s Office in Burlington, where they are undergoing autopsies to determine their cause and manner of death.”

They weren’t getting particularly more rain there than here that day. This broad area of the NE did get precipitation over the weekend, I was doing trail building in lingering show and rain mix Saturday morning. The early part of that week started and stayed chillier than earlier forecasts.

If the boat got stuck in the shallows and a weight overload shifted a number of things could have happened given their ages. Hopefully autopsy will help.

Two things:
I wonder if they capsized as they were launching, since the child knew the way to the car and was able to walk there; and has anyone asked the child what happened?

I am quite sure the child has been asked. The child is also 3 and a half years old and was likely chilled when found. They did not go looking for him until fishermen found the bodies of his grandparents downstream.

From a story 3 days ago -
"Investigators later determined that Illick and Dinnan had taken their grandson out on the small boat when it suddenly capsized and sent all three into the water, according to the release.

Thankfully, the boy was wearing a life vest, which officials said allowed him to make his way to shore before returning on his own to the vehicle outside the house. He was later reunited with his parents.

However, the grandparents were not wearing life vests and their bodies were recovered by crews “a short distance downstream of the capsized boat,” according to police."

Exactly how the boat capsized such that the child walked out and the grandparents did not even get out of the water remains unknown.

The kid whacked them for the inheritance?

OR, they went over in cold water, w/o pfd’s, took a shock breath, or one did and the other tried to save and succumbed to the temp also. May have gotten the kid out first even. @ 70 and 71 even in great shape, there are limits.

Yup. They may have even had enough in them to tell the kid to go to the car. But 70 is 70 when you are cold and wet.