I’m wondering if breaking is a concern. I would actually be trying this in a open-deck pack boat. If I were to secure the paddle to the gunwale, I would think there would be a lot of upward force on the loom (on the side I was re-entering from) as my weight tried to force the edge of the boat (and paddle) down into the water while buoyancy on the float at the end of the paddle would try to prevent that. I can see a risk of the paddle snapping in half, or cracking. But maybe they are stronger than I think.

I have no experience with open deck pack boats, so I don’t really have any idea of how much force would be applied to the paddle. The paddles I have made from commonly available GP plans would have no problem supporting a conventional paddle float re-entry in a sea kayak. Remember the the paddle float is just to give an assist, you keep your weight centered over the boat not relying on the float. I think with a green land paddle the bigger problem would be attaching the paddle float. I have not looked at mine for many years, but the kind I have would slide off of my greenland paddle blades that are only 3.25 to 3.5 inches wide.

Brian Schulz of Cape Falcon Kayaks has an excellent video on self rescue with a pack canoe. I think his rigging and technique are better than attempting to use a paddle float. In fact he mentions using a kayak paddle with or without a float but suggests that his method is quicker and less subject to complications, and I tend to agree. His hand built skin on frame canoes offer more lashing points than on conventional hardshell canoes, though, including the bungees he installs on the gunwales for attaching a paddle. 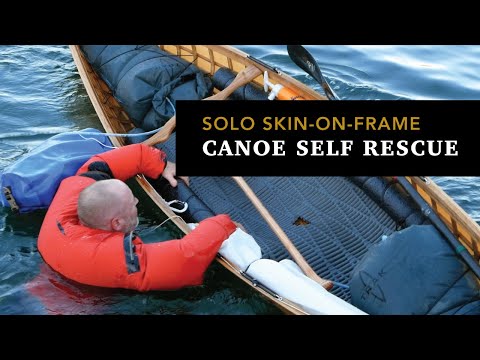 A paddle float that slides off the paddle obviously won’t work fr the rescue, but worse yet, it is likely to blow away faster than you can swim if there is any wind at all.

GearLab makes a paddle float that works with Greenland paddles. 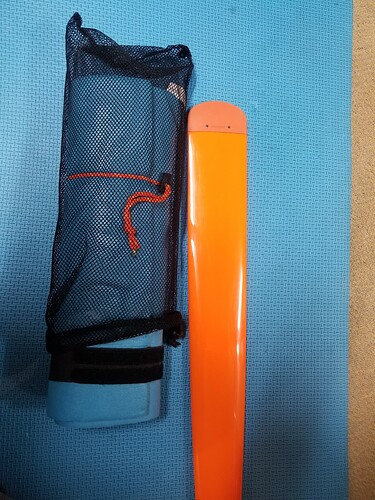 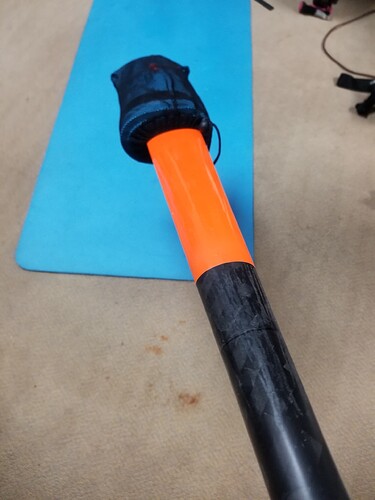 Rolled up .5" foam (fitted to the width of the GP) inside a mesh bag with a toggled cord opening. The toggle cinches the cord tightly enough to hold the float to the paddle.

Nice thought LQT, but it has been discontinued, https://paddling.com/gear/paddle-float

I think I would go with @sing’s idea, though, if you have the money ($100), Greenlab does have a newer version - which might also help you learn the roll (if you don’t already have one). Rolling Float is a kayak roll training device. It helps you to be more comfortable with body balance during your kayak rolling practice. The product is intuitive and provides more initial buoyancy than a paddle. Using the Rolling Float, you can...

I use a Greenland paddle float made by Gram (I think that’s it) purchased here. I’ve had no problem with it coming off. So far as I know, they are still available.

Curious which is better for the paddle float reentry. The Gram one received a negative review, while Gearlab Outdoors one appears to secure better.

I’ve always used inflatable paddle floats with two chambers and they hold a Greenland paddle pretty well if you inflate both chambers pretty firmly. As for the potential breaking forces on the paddle, that depends on how you get onto the kayak. If you hop onto the deck they should be minimal. If you heel hook onto the deck there will be more force on the paddle. I use a laminated GP and never worry about it, but with a single piece cedar paddle (or similar) you are at the whim of that piece of wood and its internal defects.

I use my paddle float on my GP. Wrapping the strap twice around the blade gets it tight enough that it does not accidentally slide off. This will obviously vary with the shape of the blade. I have not broken the paddle yet, and I do a lot of paddle float re-entries as my roll is more miss than hit.

Yes, I have had the same experience using my Greenland double wrapping with the standard yellow paddle float strap.

They do mske paddle floats for greenland paddles

Got to practice a solo paddle-float re-entry in my pack-boat last week.Three observations: (1) it was do-able although I needed to take my PFD off to lower the profile of my chest as I hoisted myself above and over the gunwale. I used velcro cinch straps wrapped around the thwart just behind the seat to secure the paddle to the boat. Second, the Gram Greenland paddle float stayed on the paddle just fine. The inflated air bladders on either side grip the blade quite well and there is also some webbing wrap to make sure it can’t slip past the blade. This float also fits my spoon paddle which has a somewhat narrow width (some Euro blades probably wouldn’t fit). Third, my paddle didn’t break and I have some confidence now that it won’t. I lurched somewhat gently over the gunwale and into the boat, partly in order to minimize sudden stress on the paddle. I think it could handle a lot more though.

With proper technique, the stress on the paddle should be minimal. With poor technique, you could break any paddle and wear yourself out in the process. Technique is everything.

Not if you practice.