Any one out there with a modular Kayak?

I am considering the Tequila GTX easy to transport kayak. Wondering if anyone has purchased a modular.

No personal experience but there is one review here: 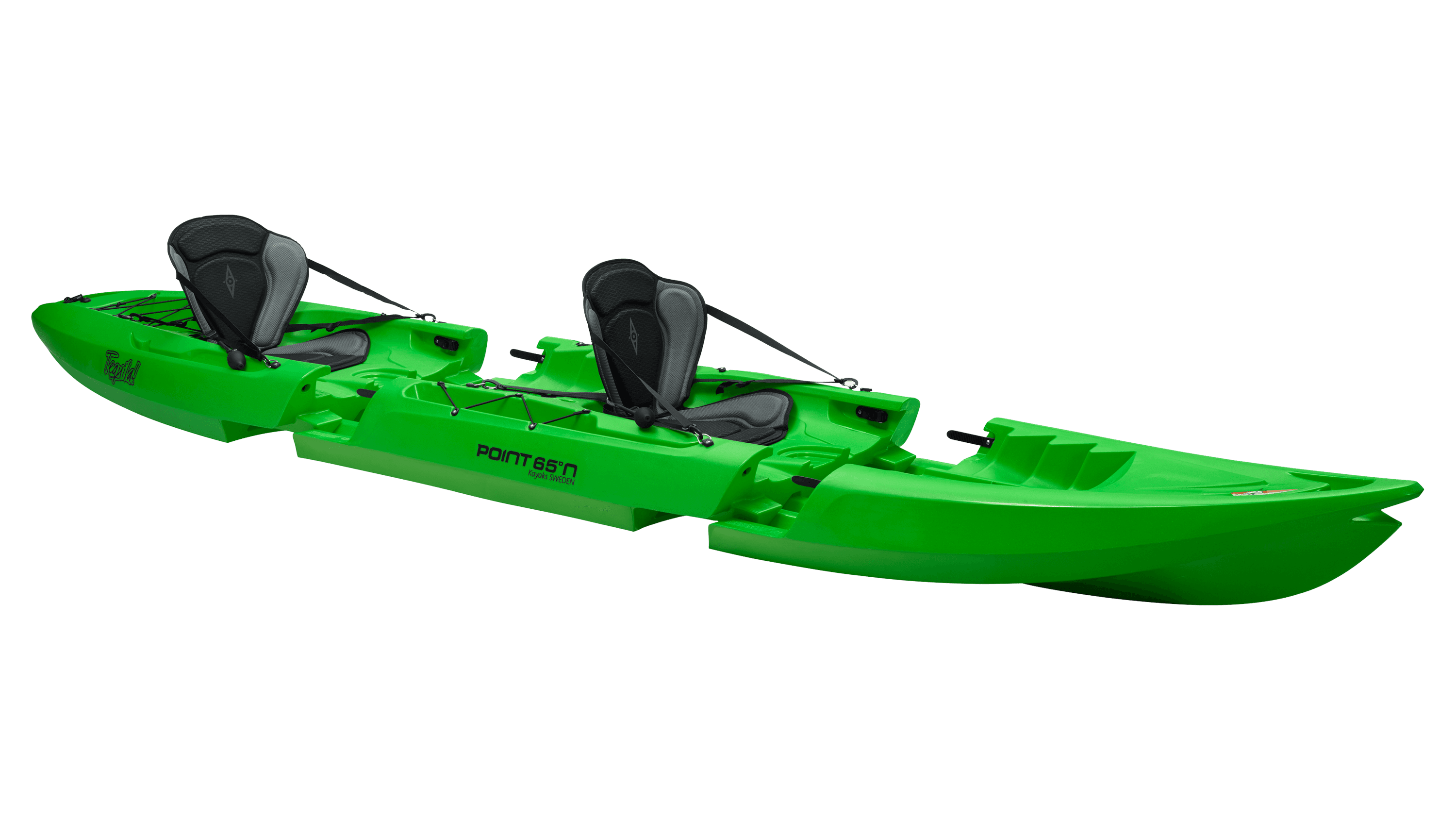 I did see that, went over to their web-site, Point 65 and they show a few happier customers. Thank you for responding.

No experience owning but I sold them for several years. The concept is great but execution isn’t, as mentioned in that review. What I noted from moving the pieces around and trying to get them in people’s vehicles is that the pieces are larger than you would think and unwieldy. You still need a sizeable vehicle (at least midsize SUV) to fit the three pieces for a tandem, especially if you expect to still be able to use the back seat. I found the pieces very awkward to pick up and move, there are no handles or good grab points on them. While they are not heavy compared to a one piece tandem they aren’t feather light either. Also consider that it is one thing to put the pieces in your car when they are dry and clean, quite another when they are wet, sandy and possibly salty.

If transport or storage is a concern, I’d either look into a trailer or a good quality inflatable.

Besides considering inflatables, folding kayaks (less well known) are also an option that is highly transportable and even can be seaworthy. Fewer makers now than a few years ago (when two major North American companies closed down) but Pakboat still makes affordable models. They do take a bit longer to set up than a Point 65 but are more compact and lighter. I’ve taken mine as checked airline luggage with no excess baggage fees.

I’ve owned 8 different models of folding kayaks over the years, from a 24 pound 12’ rec boat to a 15’ 9" sea kayak and 16’ hybrid folding/inflatable sit on top.