Saw a hint of blue in the distance so paddled over to investigate. It used to be a nice boat. Wilderness. Guessing around 17-feet. No reports of missing paddlers so it looks like someone didn’t secure it very well. Thought of going back with a small shovel to dig out the cockpits but doubt it’s salvageable. The lake played handball with it, flinging it against a shore filled with boulders. I still might give it a try out of curiosity. 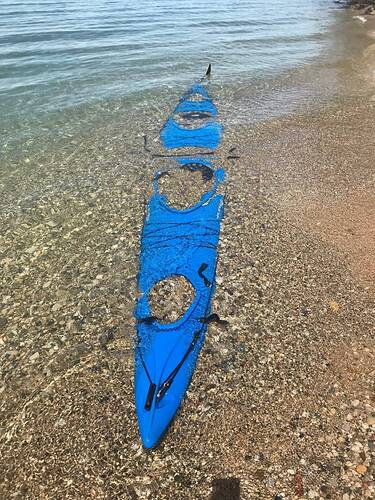 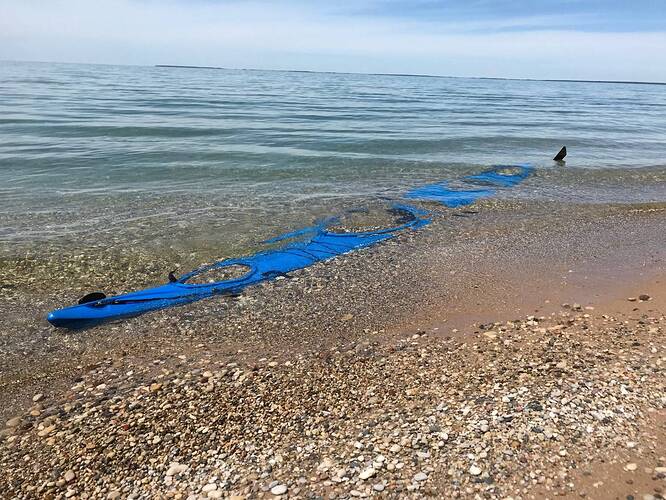 Looks like a parts boat now. You could salvage the deck rigging and rudder and rudder hardware and stick the hull in your recycling bin or make a cool planter out of it. It does make you wonder what the story is.

Wonder how long it took to ballast that blue hull?

That is a full boat!

Not sure an if found sticker would be that helpful, given how much you’d have to dig out to get to it (assuming installed inside the cockpit).

I plan to go back Sunday or Monday, when the masses have gone back downstate, and poke around the cockpits in the off chance there is some identification. Where would the serial number be located on a Wilderness tandem?

They are typically engraved on the stern.

Very cool. Curiosity would kill me. I would have to dig it up

Hopefully there isn’t a body in there somewhere…

I love that color. Never had one because I suspected it would be very difficult to see on the water.

Forecast for tomorrow is 76F, sunny, and west wind of 5 mph. Thinking of packing a small trowel; definitely my tow belt. Problem is even if I managed to free it, what would I do with it? It would be good to get the plastic out of the water but then what?

That blue is far from invisible. I was a good distance offshore when the flash of color got my attention.

Went back to the site today (with a trowel) and was stunned when I couldn’t see that blue kayak on the shore. Initially thought someone had removed it but then I saw it. Underwater. Mishigami claimed it again. It’s a Wilderness Northstar. 18’6". Weight is 94 pounds when it’s not filled with sandy gravel so even had I been able to clean it out, I wouldn’t have been able to move it far. During my lunch stop I chatted with a beach walker and mentioned the sunken kayak. Her home was on the water and she said a very bad storm had hit last year which claimed many items that had been stored well away from shore and above the dunes. She knew of a missing kayak and planned to check with the owner. 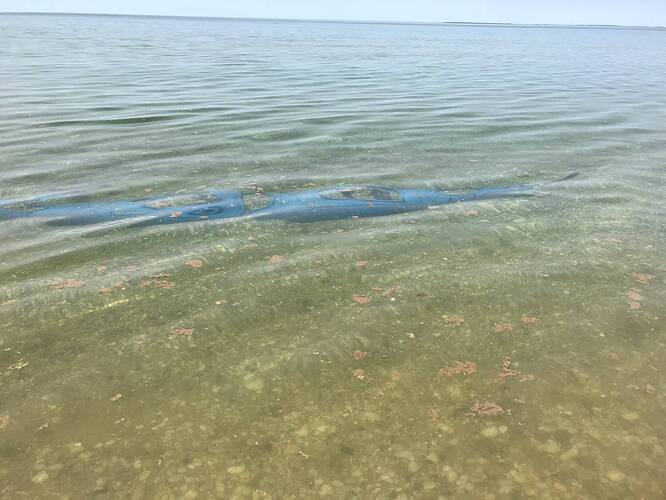 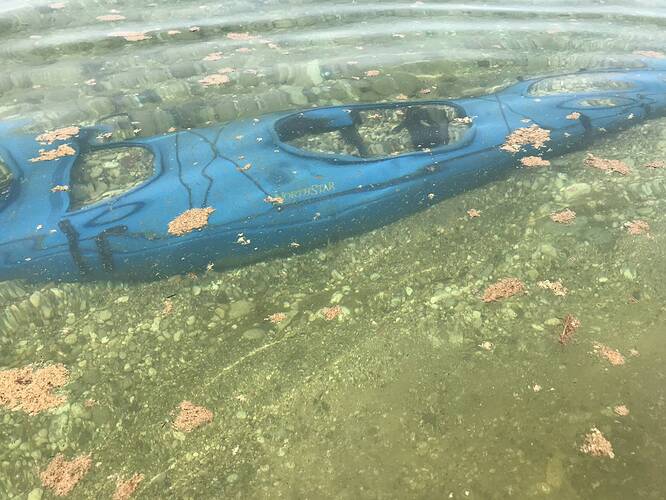 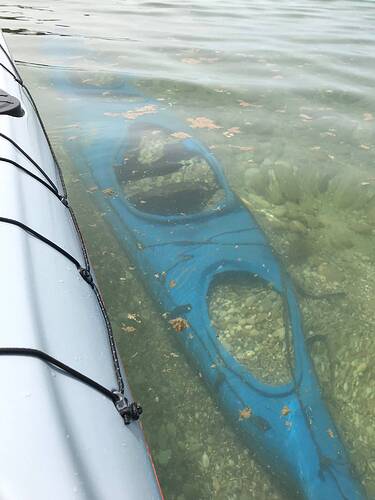 I love that color. Never had one because I suspected it would be very difficult to see on the water.

@string said:
I love that color. Never had one because I suspected it would be very difficult to see on the water.

Sure can’t be worse than the color of my boat which I never would have chosen, but buying used doesn’t come with color choices.