I bought a couple of Advance Elements Airfusion Evo kayaks a couple of years ago and so far have really enjoyed them. They are relatively tippy at 24" wide and I’ve been in situations where I thought I was going to roll. I’ve never tried to see if they’re capable of being rolled and haven’t found any videos showing this either.

If anyone has done this or knows if these kayaks are not really capable of being successfully rolled, I’d welcome any feedback.

What conditions have you been in where it felt tippy? And by rolling do you mean capsizing thrn rolling back up without exiting the boat?

The boats l just saw on their web site are not intended to be used in big conditions.

As to rolling a boat per the above description, strictly speaking there is someone who has managed to roll all kinds of boats that are not really appropriate for that use. This does not mean that most people could, or that it is something you would want to count on pulling off.

First thing necessary is, Can you roll a kayak?

The cockpit coaming on those looks like an inflated tube incapable of holding a skirt? How does it paddle with cockpit full of water?

If it has a lot of freeboard it will be more difficult to roll it.

What conditions have you been in where it felt tippy? And by rolling do you mean capsizing thrn rolling back up without exiting the boat?

I live in Toronto and I was crossing over from Cherry beach on Lake Ontario to the Toronto Islands (Ward’s) across the eastern gap. There was a bit of a breeze so the lake was kind of choppy and then on top of that there were boats leaving wakes (which sometimes added to the waves) making their way into and out of the harbour through the gap.

Yes, I mean what you assumed. If I’m in the middle of a larger body of water and I capsize I don’t want to be stuck there if instead I could learn how to get myself upright and if I knew the kayak was capable of it. I’ll probably try it out on a calm day near shore, but was hoping someone would know if it’s possible with these kayaks.

WRT using these in big conditions, well, I don’t intend to, but even the wakes from a larger boat could tip you if they caught you the right way. So again, it’s about not wanting to be stranded by capsizing in otherwise calm waters.

Can you roll a kayak?

No, I can’t presently, but I’m willing to learn. In other words I’ll try it out if I know it can be done.

The coaming is inflated, but has enough of a neck to hold a skirt, though I don’t know if it would hold in case of a roll. I did get a skirt, but haven’t used it yet.

Not sure how it paddles with a cockpit full of water, but I guess I’ll try it at some point if no one can confirm what I can expect.

Why not try self rescue in a pool, if you can. Rolling isn’t the only option, although it may be the best. Paddle floats or Cowboy reentry may be a “plan B” that you could look into.

Unfortunately I don’t have access to a pool for that purpose. Thanks for the other suggestions, though. I’ll have to look into them.

You can (and should) practice re-entering your kayak in the water in shallow calm conditions near shore. Even paddlers who are expert rollers would have difficulty righting a fat inflatable. The hulls are too flat and the gunwales too buoyant and bulky. But because an inflatable is so buoyant when empty and is so light, if you capsize you just dump out of it and swim beside the boat, not so hard to lift in most cases and dump out any water, then climb back onto it, like you would onto a pool raft or floating dock.

In this video at just after 1:30 minutes you can see the woman paddling the yellow kayak do a self rescue. She is paddling a folding kayak (Pakboat XT-15 similar to a couple of mine) which has inflatable sponson tubes along the side and is about the width of your inflatable, though 2 feet longer. As you can see, this is not a difficult operation if you practice it.

I think you’re probably right in that dumping out and lifting it to get the water out is the best approach for self-rescue. Don’t know why I’ve been thinking that if it got too full of water I’d have a problem getting it out. I’ll have to try it.

As you can see, this is not a difficult operation if you practice it.

Actually, when using an enclosed inflatable (or folding) kayak, since they don’t have sealed bulkheads in the stern and bow, you SHOULD insert inflatable flotation bags in both ends if those cavities are open, both to exclude large volumes of water and to add more buoyancy. I use a pair every time I paddle my skin on frame and folding kayaks. I am not familiar enough with the one you are using to know if it has significant empty volume beyond the cockpit.

I do suspect that the inflatable coaming is not going to be competent to support a sprayskirt. If you capsize in that boat, even with a skirt on, you will simply fall out of it. It takes a bit of effort to stay inside a kayak upside down and something that wide and squishy is not going to give you anything solid to brace against to retain your seat.

You did say there were times when you “thought the kayak would roll.” I suggest you take it out in a warm shallow water area and TRY to capsize it. You may discover that despite how you feel in it, it is really not that unstable. Inflatables do tend to bob like a cork and flex to pop over waves and wakes rather than being flipped like a hardshell boat would be.

I note that the EVO has an inflatable seat. Often people with boats with such seats over-inflate them which makes their center of gravity too high. Try deflating it completely and see how the balance feels on the water. Then add a little air and check again. Try to find the minimum amount of air in the seat that is comfortable so your center of gravity is low in the boat. Other things that can help with performance and stability is to add ballast – half gallon or 2 liter plastic water bottles can be filled at the launch site – add one or two either in the bow or stern cavity and see what that does to stability. Sinking the hull a little deeper can help with that, especially if you are a lighter weight person.

There are two inflatable thwarts that fill out the bulkheads and give rigidity as well as two smaller inflatable bags at the very tips, but they the thwarts don’t form airtight seals. I suppose if I got out quickly and tried to upright the kayak the space beyond them would not be very flooded immediately.

You may discover that despite how you feel in it, it is really not that unstable

You may be right, but it did feel like I was almost past the point of no return.

Good idea, though I do like the firmness of the seat (which is placed on top of an end-to-end stiffening rod).

What Willowleaf said about how to self rescue. Rolling is not the primary option for that boat. It does mean more time in the water, so dress for it.

As to the conditions you were on, regardless of how suitable the boat is for the conditions your best choice is to paddle more aggressively to meet the stuff. The fact is you were probably fine but don’t have enough time to have realized it. But most new paddlers get into alarming conditions then sit there with the paddle in the air while they figure out what to do. Wrong. Always keep paddling no matter what, lean forward a bit. Any moving boat is more stable than a boat at rest.

If you have ever walked a dog with distraction issues same thing. You just keep going ahead doing what you are doing. Ignore whatever the dog is watching, in this case the waves and boat wakes.

It is possible to have this boat in bigger stuff than it was designed to handle on the Great Lakes. General advice for people who ask here is this is turf for sea kayaks and yours is more of a rec boat. But your biggest issue at the moment is likely being a new paddler.

Interesting (on the inflatable thwarts.) As I said, I am really not that familiar with AE boats. And I think the EVO is fairly new – have not been in a store that had one set up. But sounds like there is not much volume for potential swamping so that’s a bonus.

The boats I feel most comfortable and relaxed in now are those that felt the most “unstable” when I first got them. So it isn’t unusual to have that sensation with a newer boat.

Yeah, that sounds like what I would probably do. I guess it’s that fear of capsizing due to a wrong move that makes you hesitate. I’ll remember your advice about constant (aggressive, I presume) movement in those conditions.

I am really not that familiar with AE boats. And I think the EVO is fairly new – have not been in a store that had one set up

If you (or others) are curious, this video shows it being assembled: 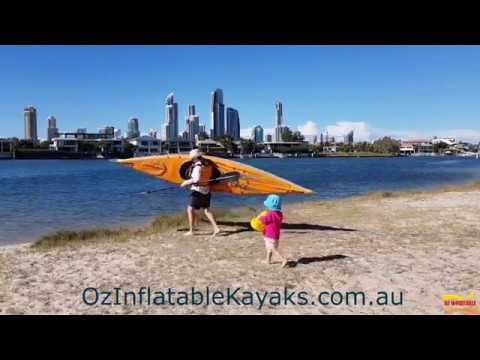 Looks like the few reviews for the EVO on paddling.com are really positive - agree with them all (but I do remember what you said about first-time owners, @willowleaf).

Looks like a pretty decent inflatable. Not for big water but could be good fun in the right environment.

On the tippy feeling: as noted, keep you hips loose (Loose Hips Float Ships). This video gives some thoughts on that. 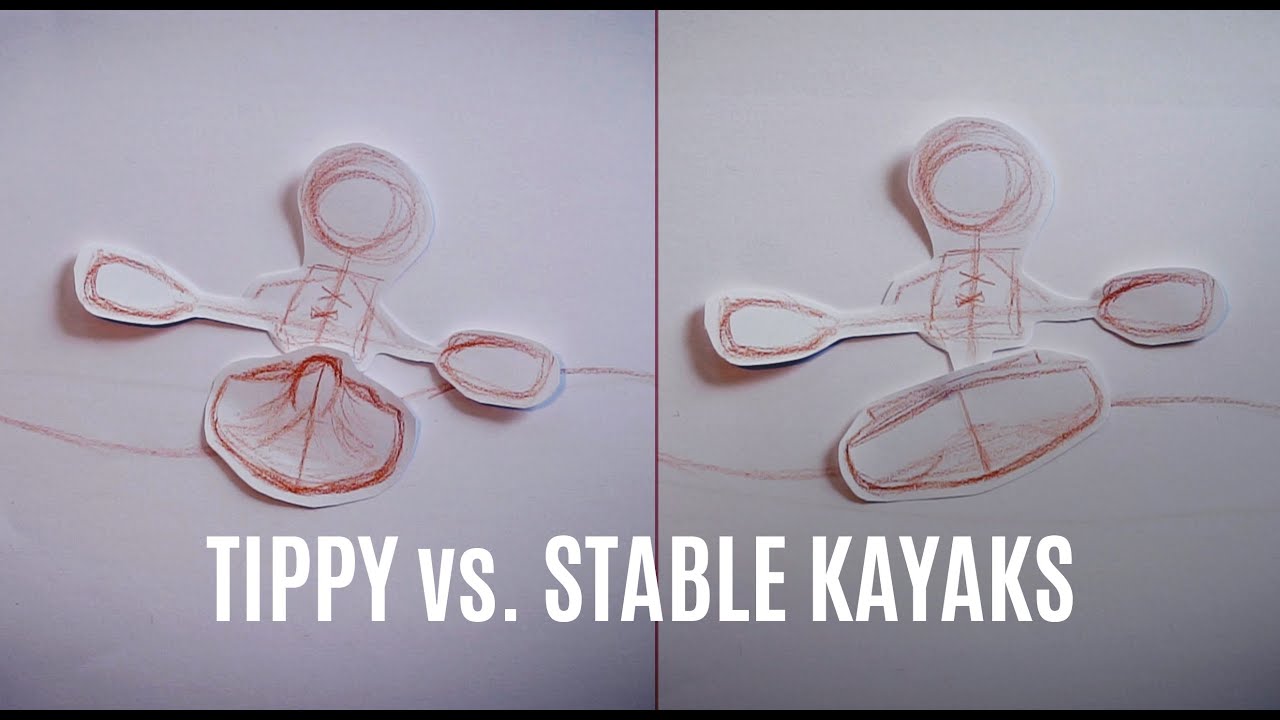 It looks like there are d-rings behind the cockpit. You will want to put some 3 - 4mm cord (not bungee) there to use as deck lines and, maybe, paddle support when attempting a paddle float re-entry.

A great helper in the video.

It looks like there are d-rings behind the cockpit.

I run the lines from the skeg through those, but I guess I could use some cross deck cords as you suggest. Can you explain a bit more about what you mean by “paddle support when attempting a paddle float re-entry”?

here is a look:
https://www.youtube.com/watch?v=FbIW-rQtqVQ

Here is another style. Note grabbing the deck links: 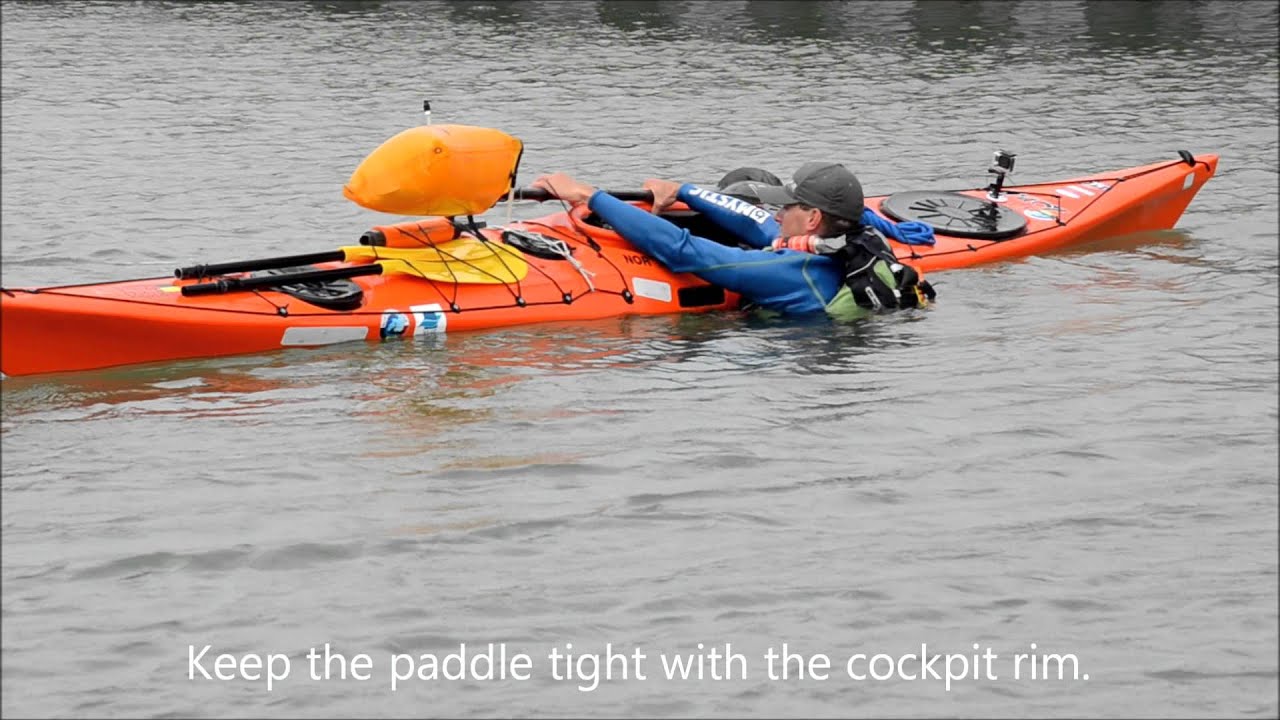