Anyone upgraded the Seat in the BD Baffin P2 or P3?

Hello,
Just bought a brand new/older model Boreal Design Baffin P3. The store I bought it from bought 90 of these from a business that was closing up due to the owner retiring. He told me due to it having the older model seat, it was probably around a 2017 model.
I emailed Boreal about it, they told me with the Serial #, it’s actually a 2013 model (whoa!). Still new, no issues.

NOW, with that said, I’m looking to possibly upgrade the seat to what’s installed in the new models today. Looks far more comfortable, but the main difference is the ability to raise/lower the front edge of the seat to raise the knees up, and i’ll be paddling for many hours at a time (5-6+ hrs), so hoping to have a few people chime in that might have done this upgrade, or maybe who have paddled an older model and then newer model to tell me if it’s worth it? I also paddle a 14.5L Stratos, and the seat is fantastic in it… I think the newer model in the P3’s looks more like my Dagger’s seat.

The seat upgrade would be $350… so don’t want to waste my money if it’s only marginally better.
See photos attached: 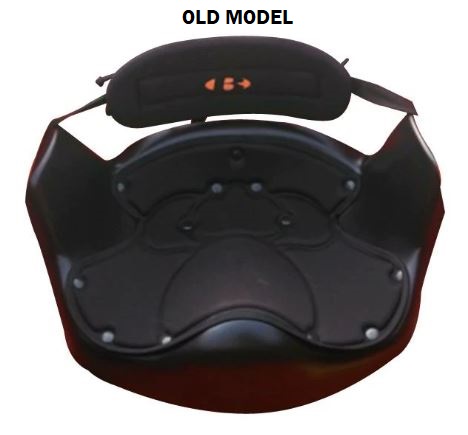 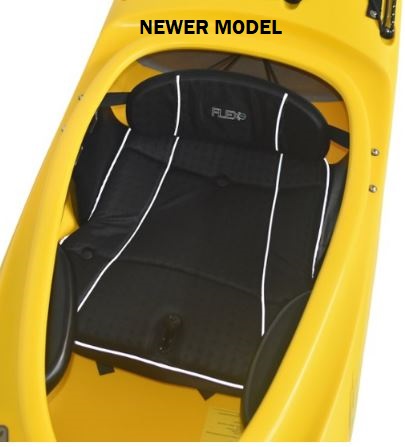 The new seat definitely looks similar to the Stratos seat (I have a Stratos 12.5S). But I would suggest trying the seat that is in the boat first before making any changes. It might be fine - it might not. Personally I don’t really like the seat in my Dagger, but the seats in my Valley and Tiderace, that look more like the old seat in your “new” boat, fit me great.

Moral of the story - everyone’s butts are different and it is impossible to tell what will be comfortable by looking at it. Try it out, for a while, and if every time you paddle the Boreal you wish you were in the Dagger, then maybe it’s worth changing it.

Also verify that you CAN change it - seems like a simple swap but I would triple check with Boreal first.

Yup, already checked with them, who quoted me the seat - straight swap. I do plan on taking it out for sure before doing the change…

The Flex seats are in the Riot boats as well. (all under the same corporate umbrella)

I have a Baffin with the same seat as yours. I didn’t like it at first and reached out to Boreal Design about changing it to the Flex seat. However, that was about 4 years ago and I’ve never changed the seat. After paddling the boat more I learned to really like the ergos.

My wife had an Epsilon with the Flex seat and I didn’t really think it was anything special to be honest with you.

If I were to ever change the seat in my Baffin I would build my own or go with a Redfish or Bumfortable before addling weight and lightening my wallet with the Flex seat. With that said, I’ve very much moved to a more minimalist/connected approach to seating over the years so YMMV.