Hello all, this is my first post. I’m about to build my first wood frame, non-folding Tom Yost kayak, and I’d love some advice about which one to build (I’m pretty much obsessed with all of them) but I’ve narrowed it down to a few. Also, I have years of other building experience so I’m open to any build.

What I’m looking to do: I’m basically looking for a kayak I can throw on top of my short hatchback and paddle for exercise and just be on the water. I have future ambitions to do some overnight camping trips but this is secondary, along with learning how to roll but this is also secondary. If I love the first build then I’ll most likely be building others.

Top Priorities: Easy to load on my car about 3x/week, fast-ish(relative I know), tracks well in wind, good for exercise/training, maybe light touring.

Yaks I have in mind:

I’m also open to the original Sea Ranger, Sea Tour EXP models, and any info anyone has about these beauties. Looking forward to hear what people have to say!

Hi and welcome! I’m hoping someone will come along and give you some advice. I just bought a SOF boat that I was told was based on the Sea Ranger. I am a real newb at Greenland paddling but so far I’m loving it.

That’s a beautiful boat, looks like you got a nice one! Is the skin nylon? If so, does it get wrinkly when wet?

You know they are “painted” and get tight and water proof. Wrinkly? Better not.

You might want to review some of Cape Falcon. You tube videos. 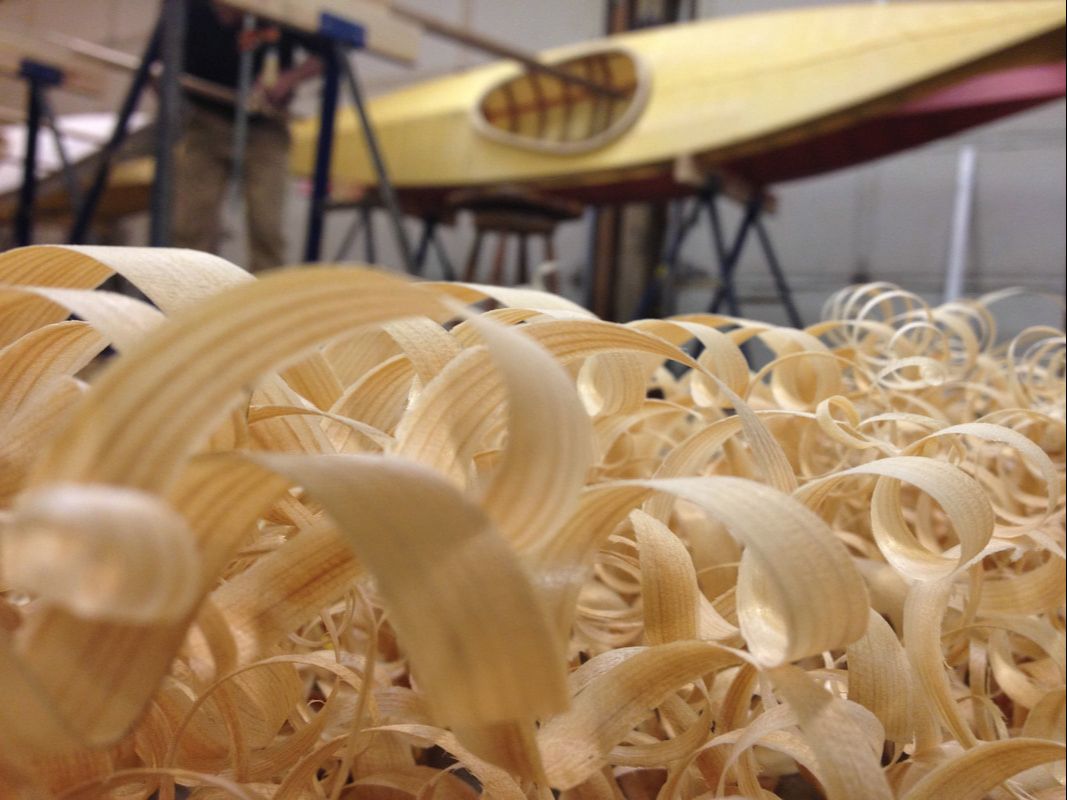 Build Your Own Skin-on-Frame Kayak

Custom kayaks, rowboats, and sailboats offered as plans, kits, and classes. At Cape Falcon Kayak we've been evolving the art of skin-on-frame for over a decade to create beautiful, tough, ultra-light, custom fitted boats of uncompromising quality.

Thanks! It is ballistic nylon. I have only been out in it twice but have not noticed the skin getting wrinkly.

For your intended use (casual paddling, ease of deployment), of those three designs I would opt for the Sea Tour 15. The size would be useful for you now, and also as a loaner if you decide to go for a longer/narrower boat down the line.

I’m sorry to confuse the issue, but I do I recommend looking at the Cape Falcon F-1, it’s a great design that does a lot of things well (I have an earlier version built in a class).

The F1 is the pinnacle of Cape Falcon's custom skin-on-frame kayaks. Comfort, lightweight, maneuverability, quickness, cargo capacity, handling in surf and wind, and most importantly, customized to your exact body proportions, the F1 feels like...

Have fun building whatever you choose, there’s nothing like paddling your own work.

These boats are so light, I would not let length be a deciding factor in your choice. I am 5’ 4" and have been paddling an 18’ long skin on frame for 12 years., hauling it on the roof of a Subaru wagon, a Hyundai Sante Fe and (now) a Mazda CX5. Since it only weighs 31 pounds, loading it is simple. MIne was built (not by me) based on the 1935 West Greenland model that Brian Schultz of Cape Falcon highly praises in his SOF blog. It is wickedly fast, tracks like a arrow and behaves wonderfully in rough water.

Like most modern SOF’s it is skinned in ballistic nylon with 2 part epoxy, which creates a drum-tight rubbery skin that bounces off obstacles and can even be attacked with a hammer without tearing.

You will likely find more builder feedback on the qajaqusa.org forums where there are many more skin boat enthusiasts and expert builders. 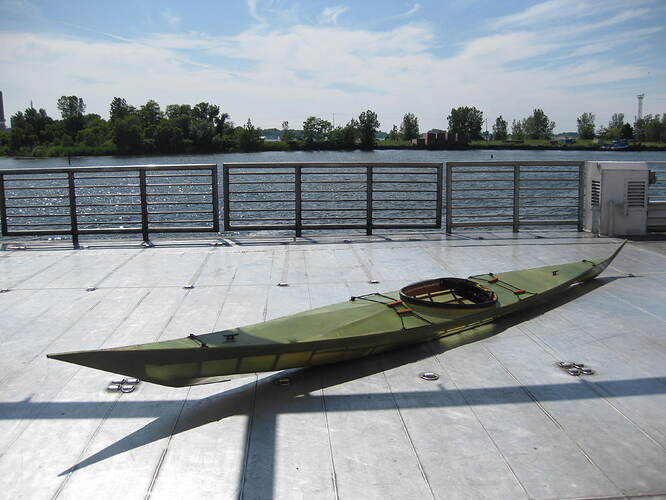 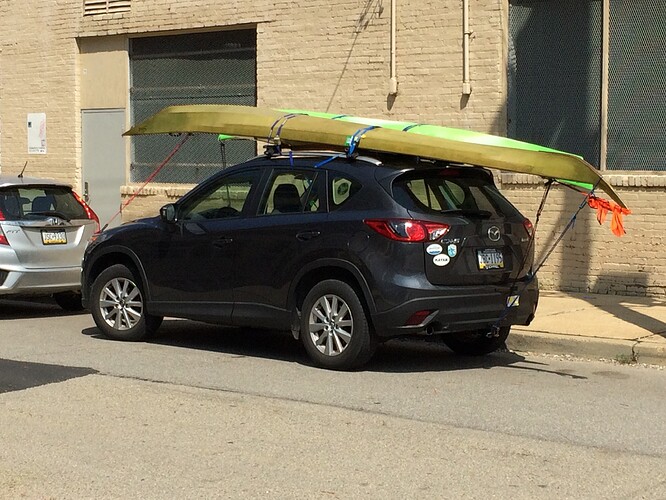 Length can become an issue when you start exploring really narrow oxbows, say in an alder bog. @Lillyflowers had to tow me out backwards the other day!

Brian’s F1 seems to be a really great boat, and I might build one someday. But I love the look of his West Greenland. I guess I should try and find some to borrow and see which is right. Or build both. LOL.

Once they start back up again, I highly recommend attending one of the Greenland kayaking skills training weekend events that are held around the country. Besides having the opportunity to test paddle a range of SOF boats, there are usually experienced builders inattendance and often seminars on SOF constriction technique. Qajaqusa.org lists these events and many of them have Facebook pages.

ADDED: The Greenland skills camps still scheduled for this year are in Minnesota, Washington state, Delaware and Florida.

Thanks everyone for the awesome information. I’m really liking the cape falcon boats but am still unsure what to build, I’ll figure it out. @willowleaf I love your boat!

Anyway, the other thing I’ve been flip flopping about is nylon or polyester for the skin. I’ve read a ton about each. Seems nylon is the toughest and has been used longer but polyester has gained popularity and has more options for sealing.

I had the chance to paddle one, and liked it. The F1 is a skin on frame version of the Matt Broze designed Mariner if I’m not mistaken.

Do you know about this company who sells plans and materials for SOF’s (and other home built boats)?

Their Disco Dreadnought is similar to mine. The builder of mine enlarged the bow area to allow someone with larger feet to use it (it was originally built for someone a little taller and heavier than me but still fits me well.) I note that their plans use plywood rather than steam-bent ribs. Not as traditional but faster.

You might want to check these out. They are quicker and easier to make the frame. here is a quote by the designer.

“modified for non-traditional construction. Instead of dozens of steam bent ribs, laboriously mortised and pegged into the gunwales, there are just a few marine plywood frames. The stems, too, are ply. The result is a boat that is vastly quicker and easier to construct, but looks and performs exactly the same as the original.”

Willowleaf, we must have been posting at the same time. You won! Great minds!

Hey, two heads are better than one!

Guessing you may already have found the “skinboat” guys – they’ve got the most comprehensive range of skin fabrics with good descriptions of the capacities of each:

Just got back from checking out the site. I hadn’t been to it before. I recognized the name. Thanks! Picked up the name on a sailing forum I read. This guy made the Disco. He also recently made a skin on frame pram, and is currently making a SOF sailing skiff.
Annabelle Skiff Plans PDF - Duckworks Boat Builders Supply

I had the chance to paddle one, and liked it. The F1 is a skin on frame version of the Matt Broze designed Mariner if I’m not mistaken.

It’s actually a version of the Mariner Coaster, a short sea kayak that can surf and rock garden. Mine is an earlier version named SC-1 (Skin Coaster-1), which I think created a problem, so the final iteration was named F-1. I’m not sure how different they are, but knowing Brian, I’m sure the F-1 is a much better boat (and I like the SC-1 a lot).

That’s right the Mariner was a bigger kayak. The name of the Coaster eluded me.

As an aside I have seen where someone added foam bulkheads and rubber hatches to a SOT. I sort of think the Disco fuselage frame might make it easier to make a bulkhead.