We see Bald eagles every year up on the Buffalo River in Arkansas. I guess we get a bit spoiled by it and sometimes take it for granted. This year I was a couple of miles up river from the Rush access area just drifting along and I spot a baldie just sitting about 10 ft above the river on a stump. Normally when you get 50 ft or so away, they take off, but not this one. He hung around and let me get my phone out of my dry bag and get super close before he flew away. 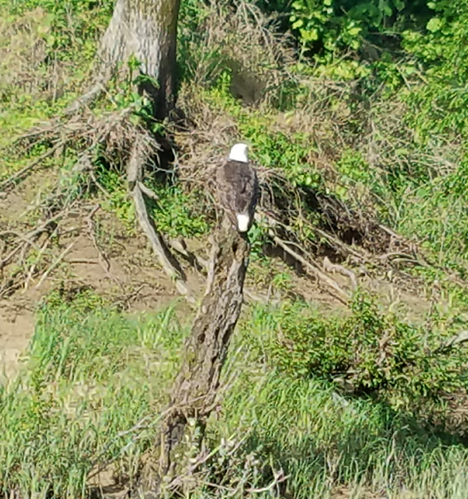 538×574 647 KB
I could not figure out why until I got home and looked at the photos closely. Just below the stump in an under cut in the bank was a mother otter and a couple of her kiddos. Guess we unknowingly saved one of them from being Sunday Brunch. 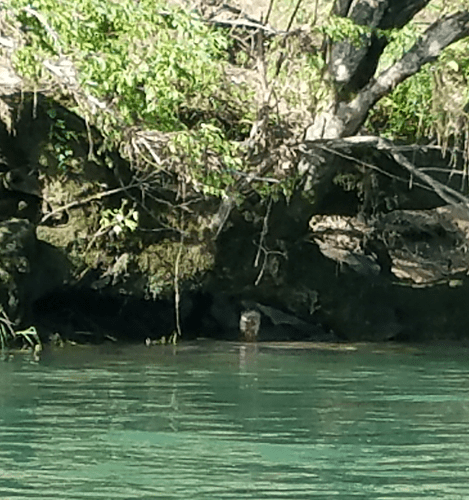 Nice photo. My favorite raptor, which thankfully made such a great comeback.

Poor eaglet being bugged by gnats or flies.

I don’t know about an eagle, but speaking for myself; I would never ever consider grabbing hold of a mature otter, much less one that would be protective of it’s offspring.
The eagle would likely be outweighed by twice it’s own weight, and I think a mature otter (11 to 30 pounds) would be capable of biting off a few eagle claws or snapping leg or wing bones pretty quick, Probably capable of taking a human’s finger or two if you really pissed it off.

In a life or death fight; I’d bet on the otter, and give odds.
Here a photo of a river otter, and a cayman “going at it”. The Cayman lost; the otter ate it. 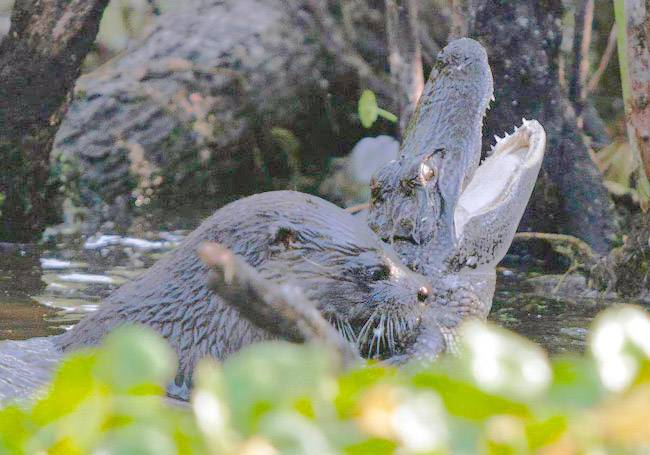 Why assume it would attach a full grown otter?

Why assume the eagle would attack when the mother was near?

Cats, Gators and raptors are stalkers and ambushers. Sometimes they watch food for hours.

I think the baldie was waiting for the little ones to get far enough from momma to take a stab at it. Not to mention momma was not very large looking at the photo. I missed a picture the day before of another one carrying a huge catfish. The two canoes behind me saw the kids. They were up in the under cut on a root.

First river otter I saw was in 1984 or '85 on the Jack’s Fork. It was getting the best of a large snapping turtle.