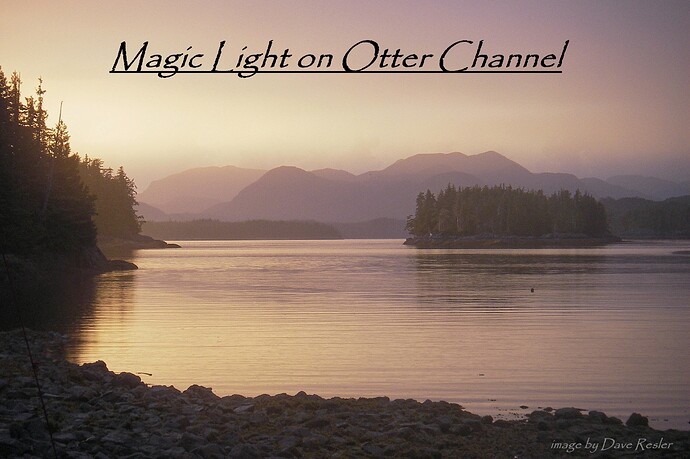 One of my favorite things about paddling the BC coastline is the way light is accentuated, diffused, bent, filtered and muted to create impossible colors and a million shades of grey. It’s true that the precipitation that created the world’s largest temperate rainforest can provide greyness in seemingly endless quantities but in smaller doses it interacts with light and makes magic. Paddling in fog or overcast you may experience a visual transformation of dark monotones changing to silvers that suddenly erupt into violent explosions of color. Longer angles of sunlight passing through moisture suspended in the air bathes us in unworldly colors that have no names. 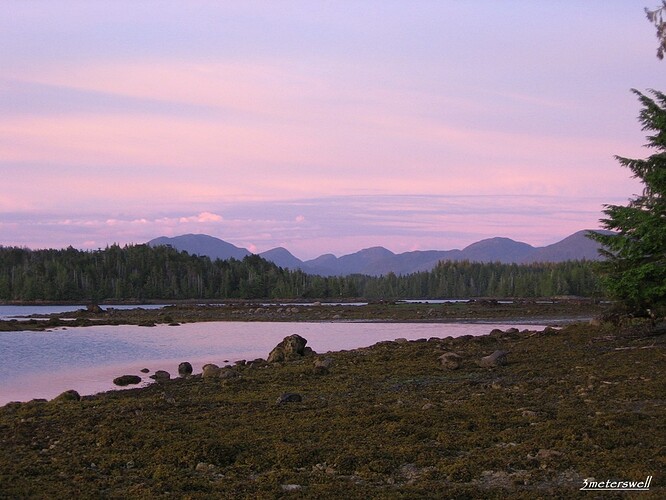 There is a particular magic light that occurs when the sky has a low overcast or a thin fog layer and the sun tries hard to work its way though. Everything is in shades of silver and grey. The water is in motion and reflects light like mercury. The cloud cover thins in places and beams of sunlight break through, explode then disappear. 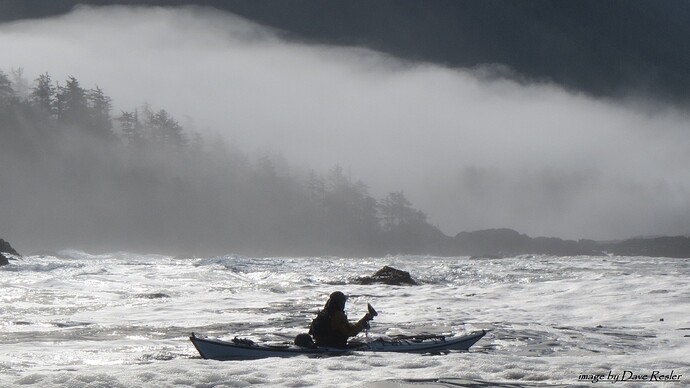 Once while traveling the Outside Passage Dave Resler, Greg Polkinghorn and I had camped near Monckton Inlet with the intent of crossing Otter Channel to Campania Island. We were up at 3:30 AM to paddle 6+ NM to the end of Pitt Island and our rendezvous with low slack. Otter separates Pitt and Campania Islands and each tidal exchange pushes and pulls huge amounts of water through this 2.6 NM wide channel. That sounds pretty wide but in reality it’s a restriction that can create conditions that need to be considered by vessels of any size. Any wind opposing current here can be bad news so we were up before the wind foregoing breakfast and fueling only on energy bars to maximize our 11-minute window of slack water. We would eat later. 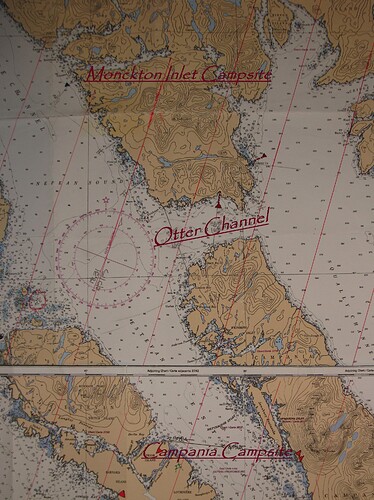 By the time we were loaded and left the inlet there was a bit of light filtering through the fog creating a world of dark monotones. We paddled southeast down the coast of Pitt as the sky lightened and introduced some dark greys. After two hours of paddling in fog we reached Fleishman Point and started our crossing. The fog was lifting but the sky, while still thick, was now silver-grey. The air was cool and moist and each breath produced a wonderfully crisp and silver-white cloud. Low overcast reduced the north shore of Campania to a narrow line on the horizon while Pitt disappeared in the fog off our sterns.

Continuing across the channel the sea state changed as currents intermingled and interacted with the building southwest breeze. Accentuated by the far shore we could see the mist from the exhalation of whales. The plumes stood in the air, highlighted against the dark background of Campania’s forested slopes. I counted seven of them rising up towards a long snake-like cloud that formed beneath the cloud deck and capped their rise. 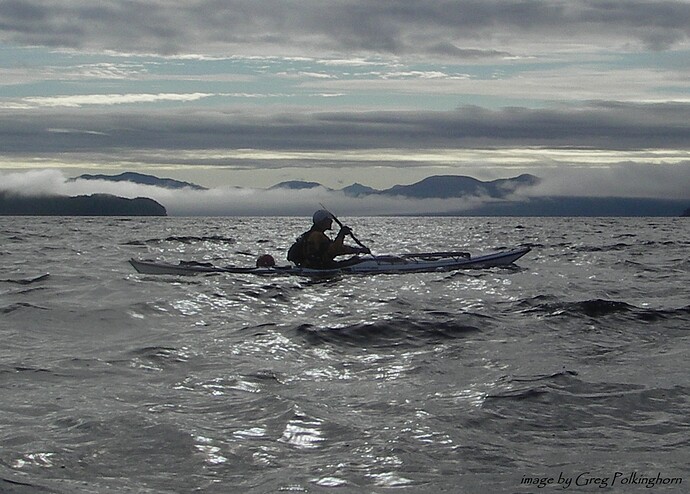 As we drew near it became clear that what had appeared to be a large group of whales was actually a single adult and a calf resting just outside of the kelp. The sound of their long, soft breathing carried across the water and their plumes stood like tall, silver wraiths marching slowly up Otter Channel. Each breath hung in the air long after the next was issued eventually dissipating near the downwind edge of the snake-like cloud.

Our path took us just west of the pair over a silver-grey sea. The white “smoke” formed by Dave’s and Greg’s breathing twisted and dissipated in the cold vortices of their passage while the black backs of the resting whales glistened in the magic light. 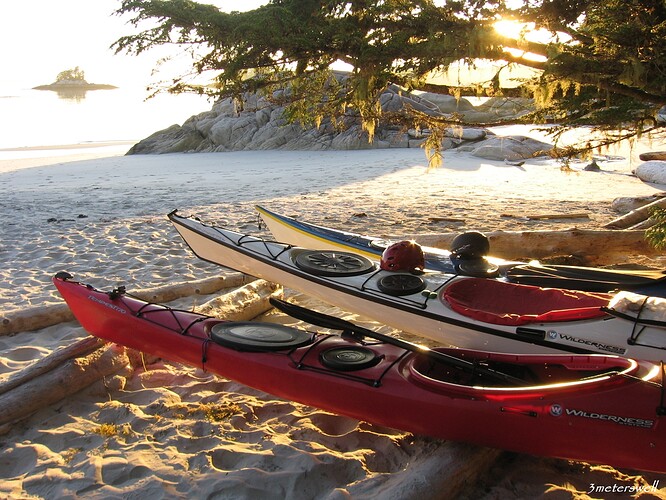 Kayak trips on the BC Coast & Salish Sea

I think we all enjoy paddling through changing weather and light conditions. It always seems to produce the most enjoyable scenes, and the only ones who experience it are those who are out there when the weather is not the finest. I’m not sure the Pacific NW has a monopoly on that, but it certainly does have weather and makes a spectacular back-drop most of us don’t get to see.

Pictures integrated into a story like that makes me think that maybe this new p-com site isn’t so bad! P-com doesn’t have the same ring to it as “p-net”, but all things pass.

Jon, great writing, as usual. Somewhere inside the paddler there’s a writer and photographer–is it getting crowded in there?

Thanks Chip! I always appreciate your kind words.

beautiful pictures of a beautiful place, a better written version of 50 shades of gray!

HA, wayyy late…but off the scale pics Chodups… Nothing like wilderness to make great images.

Thanks BigSpencer. I appreciate it and agree with the photogenic nature of the wilderness. You can see more photos on Instagram at #3meterswell or many more BC Coast trip photo albums at http://3meterswell.blogspot.com.

3meterswell is the King of the BC Coast.