Beacons, Radios and Such

I think I’ve read every post here related to VHF radios, DSC and PLBs as I educate myself about communication and safety devices. A common theme that comes up is the utility of a VHF radio with DSC in situations where the radio may be ineffective; for example, in areas with no other boat traffic or radio tower to pick up the transmission from a handheld radio. If no one’s listening, that DSC signal isn’t doing you any good, the argument goes.

What I haven’t read in the threads is whether anyone asked the Coast Guard (I’m in the US) for its advice. So I called the local station and asked: Am I better off with a PLB or a radio if I’m paddling in an area without any boat traffic to hear my transmission?

The immediate answer without hesitation was “the PLB is your best bet.” The Petty Officer then went onto to say that (at least in the 1st District in NY which is my “home” waters) there are plenty of land-based antennae that will pick up a transmission on channel 16 regardless of whether there’s any boat traffic within line-of-site. That’s encouraging!

The situation could be different, of course, if you’re in an area without antennae and without line-of-site listeners. As was mentioned in another thread, there are spots, such as inland waterways and lakes, where there won’t be antenna or other boaters and your cell phone might be the better option if there’s service. There was no strong opinion about DSC offered although I tried to get some opinion.

Thought I’d share that as I try to sort out what device(s) to carry in/on a PFD with limited pocket space.

VHF need not be in a PFD pocket, just on your PFD It’s only money but what is your life worth? I’m cover well with VHF where I paddle. I take two especially when water is below 65°F. I take my phone also but will probably add a PLB this winter. If that all fails I guess it was meant to be game over.

Which smaller model Standard Horizon are you using?

I think I’m going to opt for smaller radio + PLB. 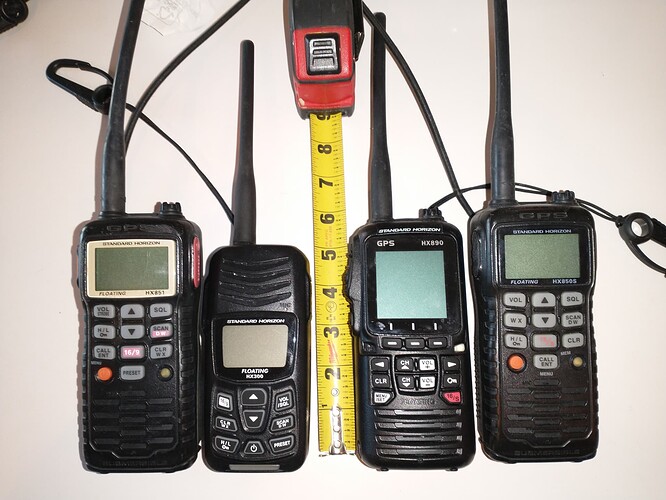 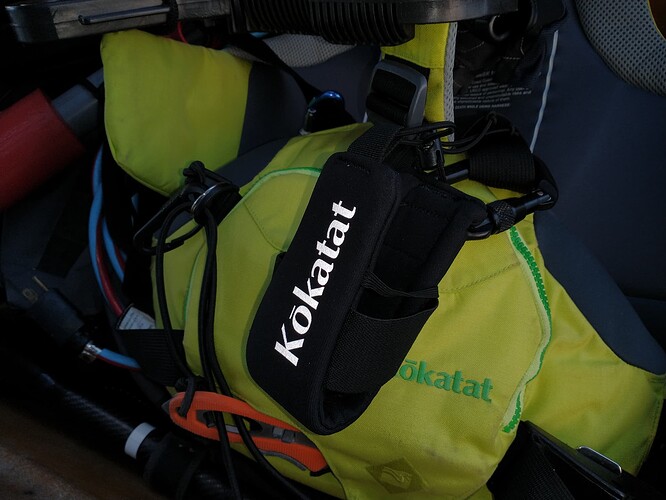 I’ve been looking into replacement radios and scribbled down some numbers mostly based on dimensions. Icom and Standard Horizon are the best known and reliable names. The S/H HX40 is the smallest, but doesn’t float without it’s optional vest. Most others will be larger but float and more money buys bells and whistles like DSC, AIS, GPS. Most use a dedicated charger but some use USB to charge. For basic floating I’m looking at the Icom M25 but might go all the way with a M94D.

Standard Horizons and probably others offer a battery tray. You can then take extra AA batteries as stored power if on multi day trip. It takes the place of the regular battery.

Strobe is nice to have on the radio also they are water activated.

One thing to keep in mind is that the Icom M25 is a 3.7-volt radio. As such, its battery will drain twice as fast as that of a 7.4-volt radio, assuming both radios are transmitting at the same wattage (usually 5 W in the context of marine radios).

All the other radios on your list are either 7.4-volt (Standard Horizon) or 7.2-volt (Icom). So if you want to do an apples-to-apples comparison between battery capacities, you should “discount” the M25 to only have a 750 mA battery.

Not a lot of USB charging options on a kayak.

Those radios may be better suited for boats with electrical systems. Of course, you can carry a cellphone power bank which may last longer than a set of spare AAs or whatever the other radios take. YMMV.

Yes while paddling for sure. I’ve been carrying a USB battery charger with me when I hike and bicycle for many years. I have two. One is about the size of a sharpie marker and can charge a phone twice and the other is about the size of a pack of cigarettes and can deliver many more charges. They are really just a Safetynet; for the length of trips I usually do I don’t have to recharge anything.

That’s a smart idea to call the coast guard. For some reason I never thought of that.

Also talking about USB charging, I recently upgraded to the HX300 bc it has a USB charger, although it doesn’t use the USB-C or micro USB like my other devices, it’s still very convenient to be able to easily charge it anywhere.

I spent the morning comparing specs between the smaller radios and the larger ones with DSC. My PFD has small pockets, basically handwarmers, so I don’t want a honking radio on my shoulder strap or right in the middle of my chest with the antenna sticking up my nose!

The DSC units are all larger and require a dedicated charging base. I couldn’t find one by SH or ICOM that allowed USB charging which is a bit of a downer, considering you can charge USB anywhere if you bring a battery bank, but you can’t plug into a wall outlet in the middle of the water if for some reason that battery poops out.

Speaking of pooping out, the smaller radios without the GPS and DSC features seem to fair better in standby time compared to the bigger radios running the extra tech. But when you need that tech to call for help and know your exact position it’s worth the battery drain I suppose.

The topic can get overwhelming, at least I’ve let it overwhelm my leisure reading time the past two days. I like the compactness of the smaller radio (perhaps paired with a PLB in the pocket…sometimes it’s easier to carry two small things instead of one big one) but the DSC GPS feature is appealing for the simple fact you’d know your exact location instead of “I think I’m midway between Barker Point and Hewlett Point.”

Maybe something like this…although I suspect it would impede performance in the wind. 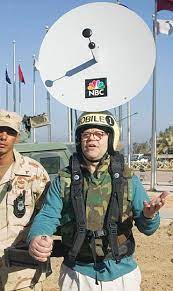 It can be possible to charge VHF radios from a usb charger or battery bank, when they don’t have a usb charging port.

This company makes quite a few adapter cords that convert usb a to various other plugs and voltages. Certainly looks interesting.

This gentleman has done some experiments with it while trying to set his small sailboat up with a battery/solar charging system. He had success with an ICOM M-23. Might work with others. There’s a few posts - quite a bit of info on the subject.

The Standard Horizon VFH radios that I have had all use sealed stainless contacts for use with a charger base. How susceptible are the USB ports to salt water intrusion and corrosion?

Check the rating for submersion.

The best I can tell there are plenty of the USB models in service and I haven’t seen any complaints. The instruction manuals are pretty clear about closing the latch/cover. The SH 300 model I looked at this afternoon had a pretty solid looking cover over the USB port. BTW, the 800 series has a USB port too, but it is used for a data connection to a computer.

My local West Marine had both the 300 and 870. The later is a tad taller and thicker. Not as big a difference as portrayed on their website. On the fence, still, about size and the battery charging. I’ll need to visit with my PFD to see how I’ll attach it.

The shop also had the two leading PLBs, the ACR and Ocean Signal. The OS is notably more compact, the size of a big spool of dental floss.