The next eclipse of the moon will greet early risers before dawn on Friday morning (Nov. 19) across North America.

It will be the second lunar eclipse of 2021 and, in some ways, will be similar to [the last one on May 26]. Most North Americans will again need to get up early and look low in the west toward daybreak. And again, the farther west you are the better, as the moon will appear much higher from the western part of the continent as opposed to locations farther to the east. It will also be the [longest partial lunar eclipse in 580 years, lasting just over 6 hours, with its pass through the darkest part of Earth’s shadow taking about 3 hours, 28 minutes and 23 seconds, and also the longest this century. 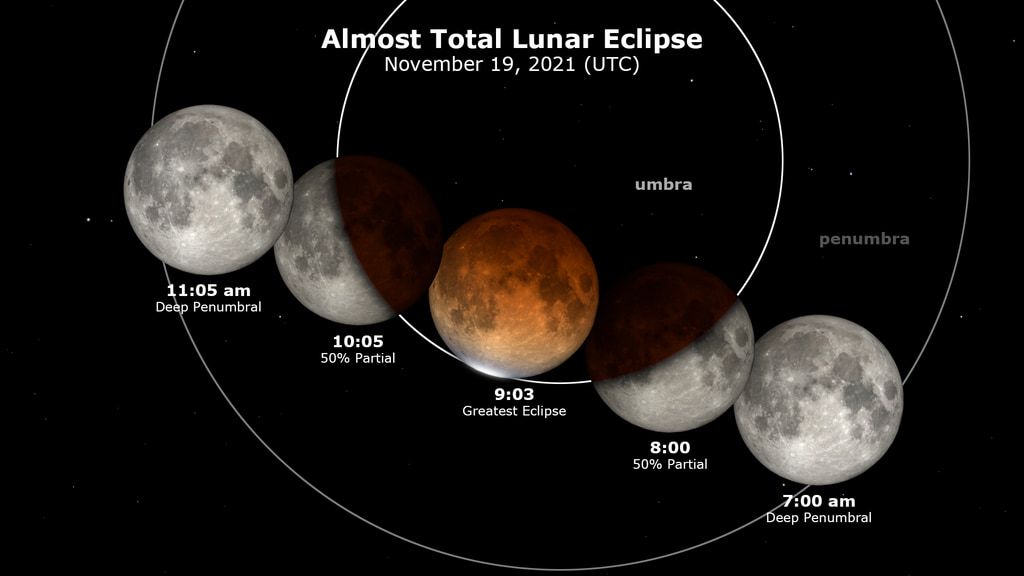 The Beaver Moon partial lunar eclipse on Nov. 19 will be the longest of the...