I forgot to add, I work with a former Blackhawk employee who claimed the same as Bob regarding the big Blackhawk lettering logo amidships, they were on demo boats.

This employee was more involved on the retail end of Blackhawk Outfitters, and was only there in the early years, he was also only allowed to apply the logos (the earlier “recurve” style logo) and Phil apparently fired him at least 5 times. Sometimes we want to do the same!

The cruel sale value is often way less than the emotional value. The Ariel has the most graceful butt I have ever seen.

Thanks all for the kind words, advice and information on the Blackhawk boats. I will have to get it out for a paddle now and see how that pedestal seat works out. It seems like it would put the paddler a little high, relative to the gunnels. I am glad to see that I kept the dimensions true to form.
Cheers! Tim

Final question: Anyone know what Blackhawk used for the material to make the decks on the boats I see with matching colored decks? It looks like there is space between the deck and the flotation tanks. The boat I just finished has no tanks built into it. Thanks much.

hopefully the ancient relic that mzungu works with can verify

Sorry I didn’t catch some of this, I’ve been out backpacking for a couple nights.

I would be very surprised if anything other than fiberglass was used for those decks, and the same gel coat as the hull for appropriate color matching. The “premium” designs by Phil like the Ariel and Zephyr would have the decks above the tanks, mostly for aesthetics would be my guess, the Shadows are using a float tank design that comes up high enough to be a “deck” as well (TomL’s Combi really shows off Phil’s tooling ability in the tanks).

The boats with a pedestal didn’t require tanks as the pedestal should provide the positive buoyancy needed when swamped, but now I can’t remember what was done on the Fishhawk version with a bench. Maybe they just expected the owner to add air bags/foam like other companies have done with some boats (Esquif Mistral)?

Also, per your earlier thoughts on swapping out the pedestal for a bench, I know a few boats that were designed for the pedestal won’t structurally take a bench as the sides weren’t built up for it. I’m not sure about this model since it was shared with a benched version, probably only something Phil or Bob Brown would know, sadly Phil isn’t around anymore to correct all of us. Dave Curtis (Hemlock Canoes) may remember, he was close with Phil and they sold each other’s boats for a while.

Thanks very much for the input.
I have spoken with Dave Curtis over in the Finger Lakes, but haven’t had a chance to visit his shop. Perhaps this fall?
I like the look of the matching fiberglass decks. I made ash decks to match gunnels on a MR Independence that I rebuilt a few years ago. I find that the tips of the decks take to most abuse, and having nothing but the “rabbit” left on the gunnels is begging to split without reinforcement. Thus the small caps I installed on this boat.
I am looking forward to getting out and paddling the Nighthawk.
Cheers!
Tim

Hi Bob If you ever want to sell the Ariel let me know. I have the Nighthawk, Proem, Zephyer, and a mystery boat without a name, So an Ariel would be great. 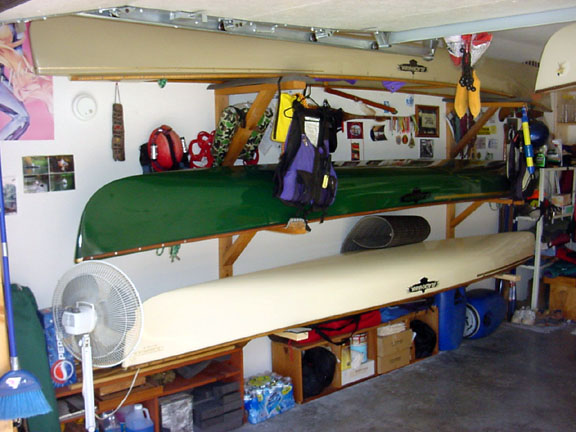 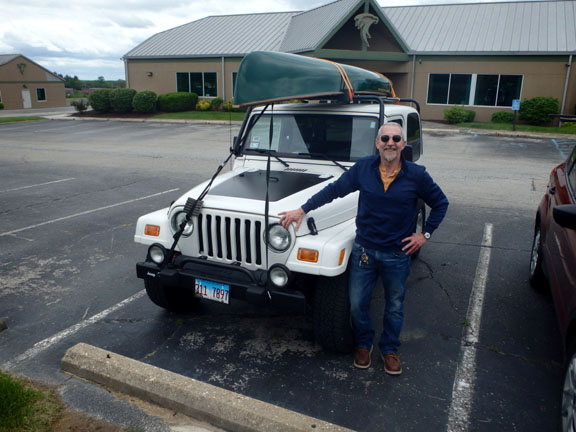 Pristine green Blackhawk Ariel sitting (on center rack), between a Blackhawk Starship (on top rack), and a Blackhawk Zephyr (on bottom rack).

The other photo is a guy with a huge, and happy smile.
The reason for his smile? I think you can guess.
He just became the new owner of a pristine, green colored, Blackhawk Ariel the day the photo was taken.
He paid a very good price, he drove a long way to pick it up, and he was a happy man when he left for the long drive home. I wished him the best, and I still do; he was a real gentleman. He got a great boat.

Gorgeous boats. If you ever decide to sell that blue Ariel just give me a holler.

Can’t help you out with Ariel…

The green Ariel was sold earlier this year.
The blue Ariel (sister ship to the green one/purchased by husband and wife team many years ago) belongs to my good friend, pnet’s PJC, and has for several years.
Knew he’d take care of it; the only reason I sold it to him. As far as I’m concerned, that canoe was as pretty as any canoe I ever saw. Well maybe it’s tied with the original Curtis Dragonfly, and the Hemlock SRT I owned at one time. Both of which I very “sincerely” regret selling.
But you can’t keep em all! Well, I guess you could, but in my cause that would require construction of a monster sized out building to store those I’ve sold in the past 30 years. 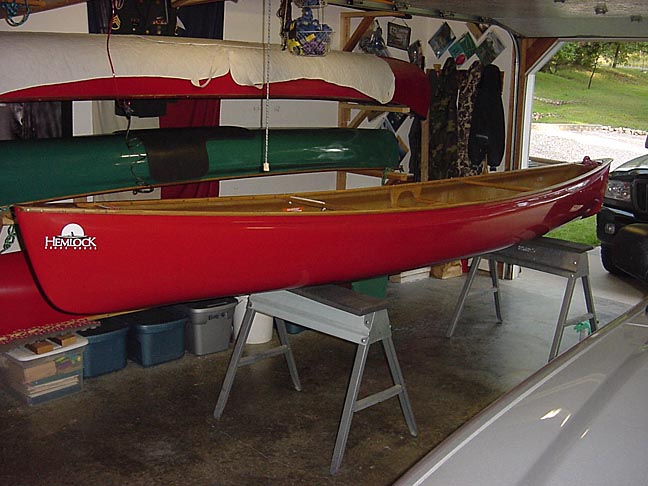 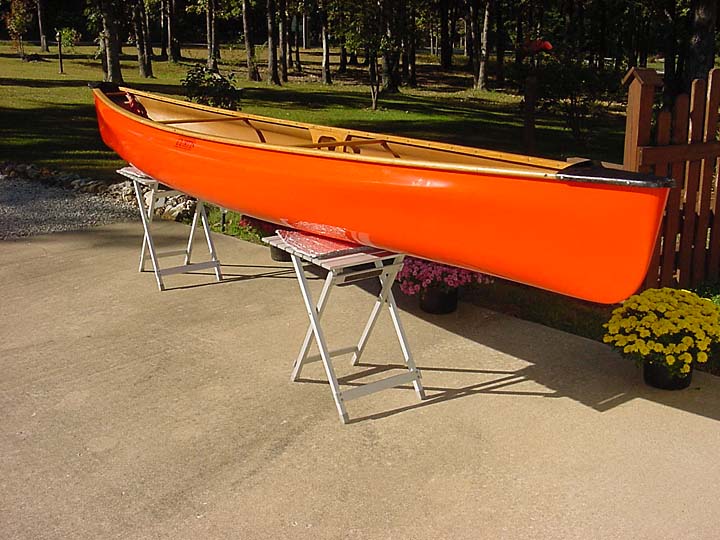 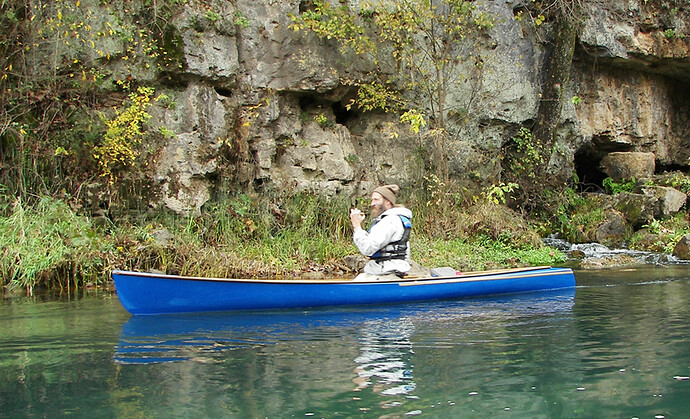 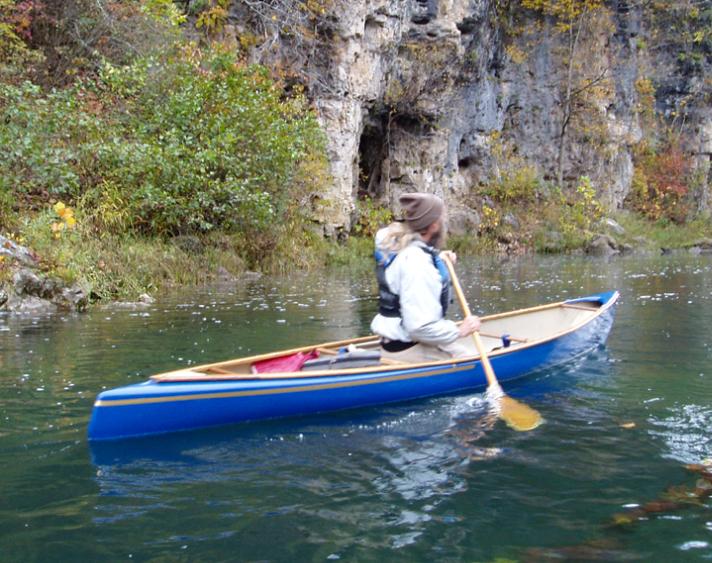 Sounds like you’re pretty serious about getting an Ariel. All I can say about that at this point in time is; good luck! They were never mass produced, which meant a small number of them to begin with. And with the passage of time, that number has dimished further. Very difficult to find a really nice one now, and those who have them seldom turn them loose.

P.S. Paddle on Pat!!! Remember our deal…If you ever decide to turn yours loose; I’m the guy who gets the first chance. Don’t see that happening, but wanted to remind you anyway…

Bob your Dragonfly looks just like mine with the same color. Is yours fiberglass or kevlar. Mine is fiberglass. I still love the Proem and how it changes shape in such a short 11 feet. I forgot I have a Shadow 13 and 14. I to have a Covanent which I also think is a cool boat. I just purchased a Lotus Caper from a guy in Texas. Hardly has been paddled.

Got the Dandy, and the Covenant, in a package deal in Wisconsin. 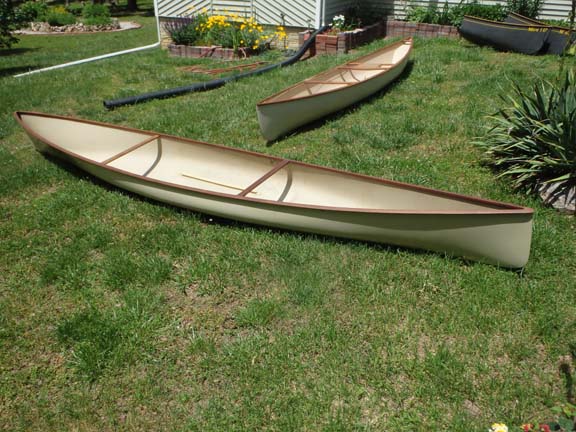 The Covenant has a removable saddle.
Previous owner rigged the Dandy for sailing.
Another nice feature in the Dandy. 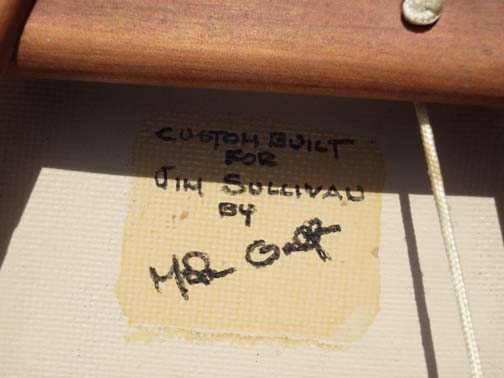 There are a few Curtis DragonFlys in that brick orange in Western PA where there seem to be some fans. Those deck plates seem to go with Kevlar but not sure.
DragonFly is still made now by Colden on the Curtis molds. I have a 2011 one but it is tarp blue.

I think that Colden still is making the Dragonfly.

I actually like the Pat Moore Dandy better. Had a chance to purchase on a couple years back but it was gong to cost $500 to have KAS bring it up north. So I past on it. I did find a Galt Dandy in Wisconsin that I now have. It was a better price. But would love to find a Moore Dandy.

You still have the Nighthawk? If you ever decide to sell it, would be interested. Had one several years back, that got stolen. And really would like to find another one.