Boat you regret getting rid of

It’s regrettable but understandable thst someone get rid of a boat for health reasons or injury, but I would never get rid of any boat I own. I have given away two boat. One is a Heritage Featherlite angler that I actually bought with my son-in-law in mind, but went unused. It went to a nephew and I think he will put it to good use. He went from one to four kayak since he started this summer. He’ll have a performance craft before me.

The other was a Liquid Logic 12 ft Stingray that went to my granddaughter. It’ll give her free water time to figure out her next step. She can return the Stingray in exchange for a kayak that helps in her evolution.

I want to upgrade to a more dialed in kayak, one that’s faster. As I accumulate knowledge, I realize the day approaches when I’ll be able decide. But I’m not sure I can abandon my battered 145 blue Tsunami. It’s been with me all over the upper Chesapeake Bay, and never let me down or failed to perform when pushed. I’m sure the paddlers who take their companion dog on a trip would trade their sleek instrument if told their pup had to stay home. I feel that way about “Ole Blue”. The day the keel finally wears through from beach landing. I’ll break down in tears. It makes mire sense about taking the dog . . . Who else would take those fabulous pictures. I take my pet bear and chikin on road trips. Even if the do fight over the window seat. 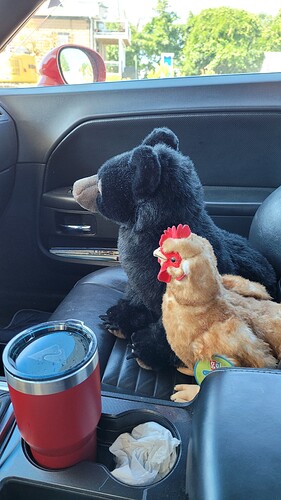 A Capella 160 RM which I sold about 18 months ago for which I am a little too large, however I thought I could quickly find a Capella 166 RM to take it’s place. Boy was I wrong! The only two I’ve seen in that time were 15 hours or more away and I could not take the time to go get either…still looking for a 166 RM or a Nordkapp RM. It was my #2 kayak and prefer to use it about 33% of the time due to location being paddled over paddling a carbon fibre NDK Explorer HV.

Had a great Seascape Point 5 tandem from Northwest Kayaks. It was incredibly stable but still agile in the water. It got too heavy for us to lift onto the car. Gave up finally when we nearly dropped it on a BMW parked too close to us at the ramp.

I wish I still had my Feathercraft Kahuna. I sold it when I bought a Feathercraft Wisper XP, which is a wonderful boat on the ocean, but the Kahuna was lighter weight and more compact, a better fit for inland paddling on lakes and broad streams

There are a number I’d love to still have, but most missed is my original kayak, my Klepper Blauwal. Took it everywhere until the hull finally gave up. More recently I reluctantly sold my Folbot Edisto pursuing more portability. That was definitely a mistake.

Well, I think to avoid regret, I’ll have to take some of your advice, and only purchase new boats and never sell any. I need to start building some storage.

This had the low rear deck and rubber front hatch and larger rear hatch. Just an absolute perfect design as is. Sold it a number of years ago as I wasn’t using it at all. Regretted it and found a newer GT but it just isn’t the same(still nice tho) I’ll get the padding dialed in eventually

There are 3 older Solstice GTS kayaks for sale on Pittsburgh Craigslist at the moment. Looks like the only higher volume one was already sold.

Yes it’s the early ST model that I would buy. Different than what came after. I’m not sure I have seen one after 1993 production year

Same color as mine. I paid 1800 for my 08 in 2010 with cart, Werner FG SHUNA, and some other items. Total cost of everything at the time would have béen 4200 + tax. I couldn’t get the money out fast enough. Two tiny scratches this guy used it twice and I believe it. Bottom like new. Excellent hull I love it. Very stable, fast, and comfortable.

The one listed looks excellent and worth 1500.

Sea kayaks don’t sell for much here in the midlands, even though they are great for long stretches of our big rivers and windy lakes and we are only a couple hours’ drive from Lake Erie and 4 hours from Chesapeake Bay. Good place to pick up deals.

The most popular features hereabouts for a “kayak” is that it have cup holders and will fit in the bed of a pickup truck.

That Solstice has been listed for a while. In fact I think it listed, then disappeared and re-listed. Hard to get our locals to appreciate boats well worth 4 figures. I have gone to look at touring kayaks in my area and before I even open my mouth the seller is desperately cutting the price or asking me to make an offer. I’ve even felt somewhat guilty at what I have gotten away with paying for some of the boats I have bought around here for family and friends (and myself.) Caveat venditor.

Caveat venditor?
Has the Emperor of Emptor brought them grief?
Remember the tree was never weeping,
when willow wisped in its little leaf.

And just because that’s a keyhole in your keystone hull
doesn’t mean to price some slack.
For too late you’ll say as leaf drives away,
Queen of carpe this diem’s got her yak.
(Ya gotta Hagler like you’re Marvin on attack!)

I’ll probably regret selling my Wenonah Advantage but I had to make room for another canoe I bought recently. The Advantage is a fun canoe for doing laps around smaller lakes, circumnavigating larger lakes, or putting in mile after mile on the Columbia River. I thought sure the Advantage would be my “forever” canoe but my priorities have changed and other canoes have taken its place. I don’t feel too bad since I sold it to a friend that I know will make good use of that canoe. He might even let me borrow it now and then.

Still have two 140 duralite pungos. Won’t give em up.

Speaking of Pungos, this one has been around for years. 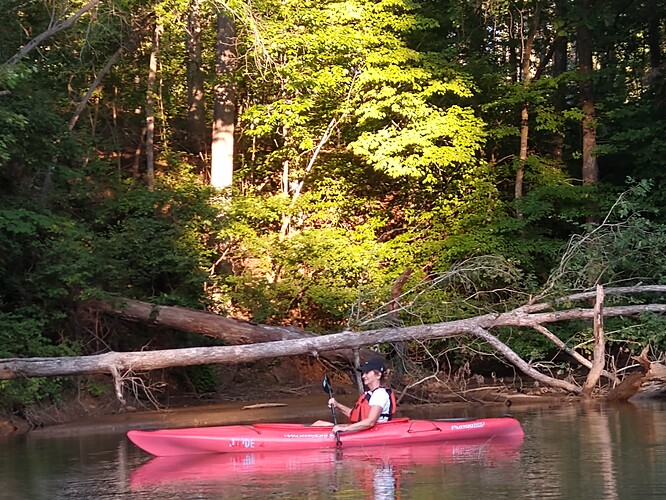