Hi Folks,
Can anyone recommend a couple good books about canoe trips or adventure? Don’t want instructional stuff.
looking for something to read in the evenings.

Jerry Dennis’ books are very good, although I don’t know that they would be classed trips or adventures. His Great Lakes book would be, though!

Two Coots in a Canoe by David Morine. Recommended by a sea kayaker but don’t hold that against the book and adventure.

The Dangerous River by R. M. Patterson Early years on the south Nahani

I agree on The Complete Wilderness Paddler.

Not canoeing but several good paddling adventure books I have liked
Down the Colorado - Maj. John Wesley Powell
On Celtic Tides - Circumnavigation of Ireland , by Chris Duff
Southern Exposure -Circumnavigation of South Island of New Zealand , CHris Duff
There are also some decent books by Paul Caffyn on paddling around New Zealand and Stewart Island, he is probably a much better paddler than Chris, but not as good a writer.

In the Wake of the Jomon:
Stone Age Mariners and a Voyage Across the Pacific - Jon Turk - a bit of crackpot perhaps, but I have enjoyed his stuff.

The Last Navigator - Steve Thomas - before he was host of This Old House , Steve did a lot of sailing, and lived in Micronesia for a while to learn the ancient navigation techniques of the sailors of Micronesia

The Lonely Land - Sigurd Olson
Account of a 500 mile canoe trip retracing voyageur rout from Ile-A-La-Crosse Saskatchewan to Cumberland House Manitoba. A Classic.
Canoeing with the Cree - Eric Sevareid
Account of a trip made by the future WW2 reporter from St. Paul MN to Hudson bay. Another classic.
Portage into the Past - J. Arnold Bolz
Account of a trip from Grand Portage MN on L. Superior to Rainy Lake retracing voyageur’s origional routes with their original descriptions.

If you’re not tied to reading specifically about canoe trips you might enjoy:
Courting the Diamond Sow - Wickliffe Walker
An account of an attempt at the first kayak decent of the Tsangpo River just east of Mt. Everest.
River- Colin Fletcher
The “complete walker” author takes a solo raft journey down the Green and Colorado Rivers from the source to the sea.
The Emerald Mile- Kevin Fedarko
The story of the fastest dory run down the Grand Canyon at the height of the flood waters that damaged and threatened to take out Glen Canyon Dam. A great read!
And if you like to laugh:
Three Men in a Boat - Jerome K. Jerome
Rowing through history and encounters with humor in England.

On Celtic Tides (previously mentioned) is a very good read also, but about solo sea kayaking .

PS: I almost made a truly egregious oversight.
If you can lay your hands on a copy of River Life by John Bates, you won’t regret it. Its a paddler’s portrait of the Manitowish River in Northern Wisconsin and includes an overview of the ecology, limnology, Native American history, poetry, and a general philosophy of river paddling using the Manitowish (section by section) as a template. There should a book modeled on this one for every river in the country.

River of Lakes, A Journey on Florida’s St. Johns River, by Bill Belleville.

Two Coots in a Canoe by David Morine. Recommended by a sea kayaker but don’t hold that against the book and adventure.

Ditto - good story even if you have never been near the Connecticut River.

I have enjoyed books by Jerry Dennis, Verlen Kruger, the McGuffins, Eric Serveid, Sig Olsen, Colin Fletcher, Cliff Jacobson, Alan Kasselheim and many others. Check your local library. A lot of these books have been around for awhile. We can learn a lot by reading about the long adventures of other people. Long trips have a way of refining one’s technique and routines and allow for some philosophical meanderings.

Maybe my favorite anecdote was when Verlen Kruger described his cross Canada trip with his son in law. They planned to stop in Flin Flan, Manitoba for the big canoe races on their way by. They brought their 20 foot custom made cedar canoe and had been paddling for months every day to get ready for the race. They got smoked, and left in the wake of a group of Native people that were born with paddles in their hands. It took them awhile to get over the shock.

I got this book as a kid in the early 80s and loved it. I still have my well-worn and well-read copy. Certainly a little dated now as far as gear goes, but one I’d still recommend.

Hi Folks,
Add this one to many of the excellent books mentioned so far,

“Goodbye to a River” by John Graves

Excerpt:
“Canoes, too, are unobtrusive; they don’t storm the natural world or ride over it, but drift upon it as part of its own silence.”

John Graves solo paddled the (Texas) Brazos River, writing about his trip in this book.

"Voyage of a Summer Sun: Canoeing the Columbia River" by Robin Cody is a great read if you have any interest in the Columbia River in the Pacific Northwest. Cody paddles the entire length of the big river, from the source in British Columbia all the way to the mouth at Astoria, OR.

“The story is the Columbia River, not the canoe and me, but I’ve learned that friends can’t hear me tell about the river until they know why I was out there. This is not an adventure story, though some adventure was unavoidable, and I didn’t set out to find myself if I could help it. Nor did I launch the trip with a large point to prove. It was a voyage of discovery, and its telling is the uncovering of surprise on a river I thought I knew…” —Robin Cody, from the prologue.

I can second @PJC’s recommendation of Eric Severeid’s (yes, that Eric Serereid) Canoing with the Cree as my favorite. I believe it is downloadable for free. One of two followup books, Distant Fires, is also good.

“Down the Wild River North” a narrative by Constance Helmricks, who canoed the Peace River in Northern Canada in the mid-1960’s with her two daughters. Strong themes of rugged adventure, family bonding and spirituality.

Though it is a fictionalized version of the Lewis & Clark expedition. Brian Hall’s " I Would be Extremely Happy in Your Company" is a vivid and fascinating book, with each chapter being the imagined first person narrative of one of the major characters. I know that only a portion of their expedition was on the water, but it is such a remarkable book that anyone who enjoys adventure tales would probably appreciate it. Warning: the first chapter is very confusing at first. It helps to know in advance that the “speaker” is the young woman Sacajawea describing her abduction from her tribe by a hostile war party. And the author correctly uses the names of other characters she is describing (and herself) written without capitalization to underline that those names were adapted for each person in the tribe due to some distinguishing personal characteristic or event rather than having been randomly assigned at birth. Once this becomes clear a few pages in it starts to make sense, but I was a little baffled at first, so much so I thought that the chapter was a misprint or editing error! But once I got into this book it was really vivid and compelling and I could not put it down.

It would be remiss of me to not mention one of my favorite books from childhood, one I have shared with many younger family members and friends and which I still occasionally revisit: Holling Clancy Holling’s “Paddle to the Sea”, a richly illustrated tale of the journey of a tiny carved wooden Indian in a canoe who floats through all of the Great Lakes and then to the Atlantic Ocean via the Ste. Lawrence River, having many adventures and encounters over the years. It is full of sidebar natural and human history and geography of the region and was one of the early books that inspired my life-long love of those sciences and of exploration . First read aloud to me by my Dad, and very significant because we used to spend our family summers on Lake Michigan. To this day I cannot look at the outlines of any of the Great Lakes on a map and not see the illustrations in Holling’s book that show how they resemble a wolf’s head (Superior), a summer squash (Michigan) and a trapper carrying a load of furs on his back (Huron).

The other group of books worth reading are the journals. While paddling the Green River, UT and the Colorado in GC, the Journal of John Wesley Powell is very interesting around the campfire.

On the Upper Missouri R in Montana it was the Journals of Lewis and Clark. I have read Undaunted Courage by Ambrose several times since the trip. Lots of good books exist about the Corps of Discovery. In Canada it was people like MacKenzie that pioneered the fur trade routes.

Kayaking the Great Circle Trilogy: Down the Mississippi River, Around the Intracoastal Waterways and
Across the Great Lakes - Randy Bauer. Little known, may be OOP. ISBN 978-1-930572-57-7

Guys built their own kayaks, klepper/folbot ish. The 70’s.

After running rivers in the West for 50 years it is hard to get interested in the Mississippi R. I like the upper part in MN.

The Mississippi has its own flavor. Its easy to see the cities and the barges and locks, dams and forget its got a lot of tradition and a lot of human history. I, too, don’t paddle it often any more. I did more when I was a kid.

But several years (gad, probably close to twenty now…) I spent a lot of time at environmental gatherings manning booths for the River Alliance of Wisconsin trying to encourage folks to start “friends of” groups. At one of these gatherings there was a speaker, Ken Salwey, who gave presentations as “The Last River Rat” which did a pretty darned good job of encouraging appreciation of the old Mississippi and its ways of life. Several years after that the BBC produced a film on him and he started showing up a the Canoecopia trade show where I saw his talks several more times. There’s something to them that is worth looking at, I believe.

So we’re isolating. Many of us have more time on our hands than usual, So here it is if anyone cares to check it out… There are bits that seem a bit corny at times, but, heck, its better than never ending news saturation, isn’t it? 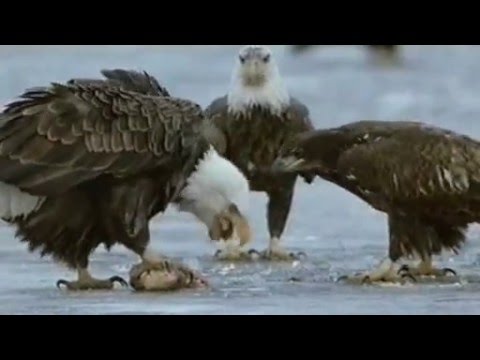