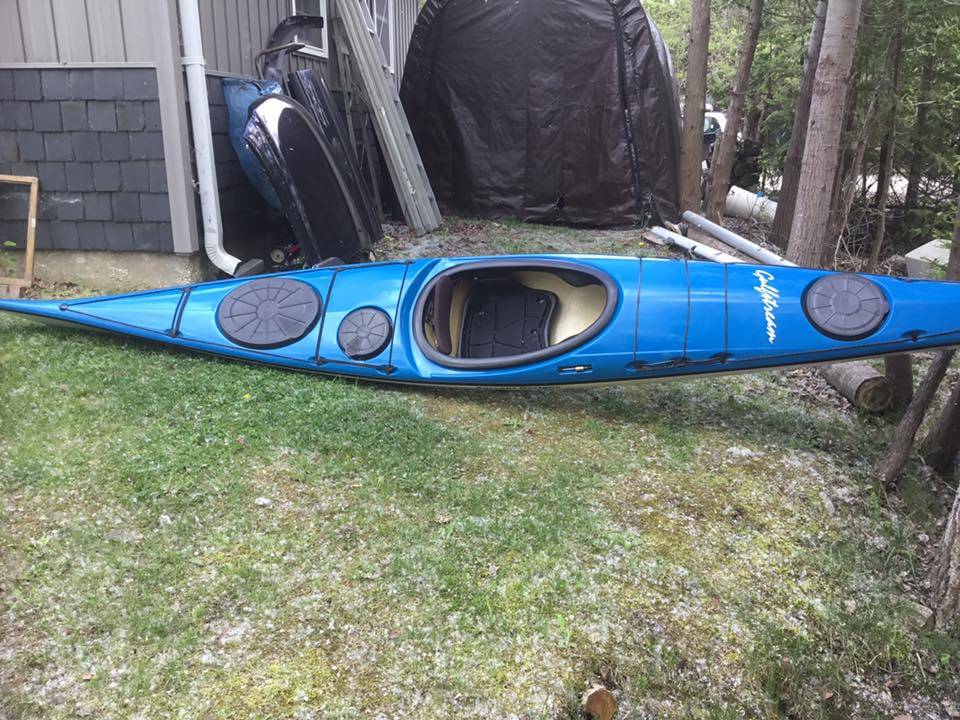 I bought a 2008 CD Gulfstream but I’m in Canada and I won’t be able to use it till warm weather returns.

I thought I would content myself by reading the works of its designer, Derek Hutchinson. I have seen the guy make some pretty wild claims and I know some people regard him as a character but I figure it goes with the boat.

The problem is that Hutchinson seems to have a number of books and there seem to be a few videos, notably here on site and http://useakayak.org.

Can anyone outline the works to create an ‘essential Hutchinson’?

Could anyone point me in the right direction? I have some winter months to read.

Does anyone know if the “Complete Book of Sea Kayaking” to be released next April, is the same as the 2004 release?

Beyond the cockpit at USK is a good video.

I would recommend the same video. As you likely know, Derek died a few years ago. Here is an obituary of sorts:
nytimes.com/2012/11/11/sports/derek-hutchinson-pioneer-of-sea-kayaking-as-a-sport-dies-at-79.html

If I got a skeg boat it will be a Culfstream. But my priority has shifted to a Passat tandem.

Dog, I agree that the Gulfstream is a great boat, as is the Sirocco, but don’t overlook the Prana if you find yourself looking at a skeg boat. It looks like CD has sort of discontinued the Gulfstream, but still makes the Sirocco.

I saw that sadly. If spend 4-5 grand Passat tandem is next. Used GS maybe. Not big on Prana look.

Thank you for all the responses. I had read that obituary. He seemed to be an interesting man.

I have noticed a lack of promotion for the Gulfstream. Anyone know if the rubber hatch covers are the same size on other boats?

Gulfstream is discontinued but hatches should be available from original manufacturer or they may use same hatch on another CD kayak. Any brand on them? Possibility Sea-lect?

They are normal-sized KajakSport hatch covers. Readily available. I’ve never have to replace a set of those yet. Congratulations on the Gulfstream. It’s a great kayak.

@PaddleDog52 said:
Gulfstream is discontinued but hatches should be available from original manufacturer or they may use same hatch on another CD kayak. Any brand on them? Possibility Sea-lect?

My Sirocco has Kajak Sport hatch covers and that is most likely what the Gulfstreams came with. Mine are 12 years old and like brand new.