We have acquired a new to us Wilderness Systems Northstar Tandem kayak. According to the hull number it turned 20 this year.

This is a large kayak (18’4" long and 29’ wide), and it weighs around 90 pounds. For reference here is a promotional picture I found online: 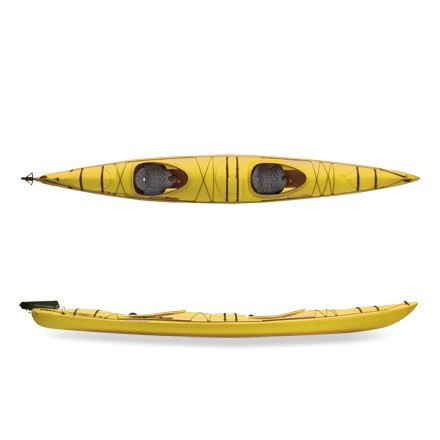 The kayak has a bow bulkhead and a stern bulkhead. I have tested both of them and they seem to be watertight. Well… one of them had a very small leak, which I applied some Lexel to, I will retest it later and seal it as needed.

My question is about installing some bulkheads around the center hatch. I have two reasons for wanting to do this:

A watertight bulkhead can be installed behind the bow seat and in front of the center hatch without problem. In fact, at one time there was a partial bulkhead in that location that someone removed. So this bulkhead is just a technical issue of cutting and installing. Any suggestions on that exercise are welcome.

To accomplish both goals a second watertight bulkhead would be needed behind the center hatch and in front of the stern seat. The problem is that the slider for the foot pegs (with the rudder controls) extend into that area. Here is a picture: 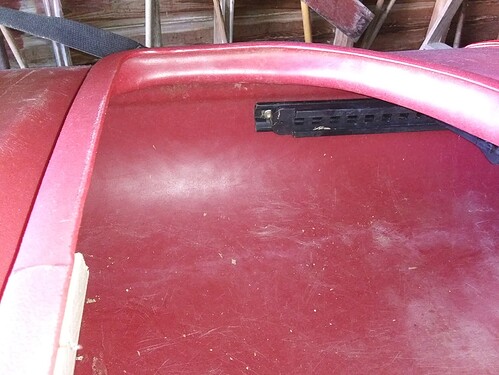 If I built the bulkhead around the slider:
Would a partially watertight bulkhead be of any value from a floatation point of view? (I think not, but wanted to ask.)

Does anyone have a creative solution to this problem?

Thanks in advance for your suggestions.

Just make a 4" minicell temporary bulkhead. Leave it in for support only also.

Large Tandems are fun. Hopefully you don’t bang paddles. Not sure if it’s long enough.

Fasten a float bag in center if they make one short and wide. Multiple layers of 4" minicell would give you flotation also.

What happens if you move the sliders back out of the hatchway?

The cockpits are far enough apart that we will not bang paddles unless we really try.

I have some 2" minicell on order, but if I don’t make a second watertight bulkhead I can double it up to use it for the temporary bulkhead. I can always order more if needed.

I got a cheap yoga ball that will take a lot of the space up, until or unless I find something that fits better. If it is partially inflated it will fit.

At some point I might want to upgrade the rudder control system (to the gas pedal type) so that is something that could be done at the same time. Worth considering.

SEA-LECT pedals are great worth every penny. You can also adjust the pedal height if need be.

I strongly recommend the Sea-Lect rudder pedals over the SmartTrack® system that came with QCC kayaks. The SmartTrack® pedals method of routing the cables resulted in the cable fraying and failing. I replaced two sets of cables on my wife’s QCC600 before switching to the Sea-Lect pedals. Several years later and still good.

I was actually thinking about the SmartTrack system from TopKayaker here:

So those have issues with the cables fraying… not good.

Who sells the Sea-Lect system?

They are manufactured by Sea-Lect Designs. They can be ordered direct or ordered from a number of distributors like Amazon and Top-Kayaker.

Formerly sold under the name of Sea-Dog.

If it isn’t possible to fit a bulkhead in, maybe makeup a dry bag of sorts?
They make these cute little day-hatch bags. Something like it may work. 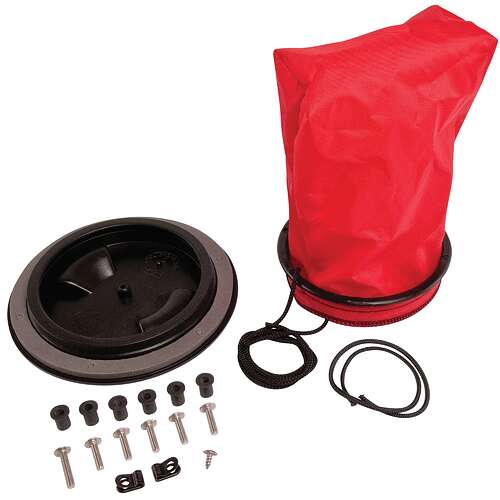 It could be possible to make something similar to fill the hatch area. It would give you dry storage and if the space was filled with a float bag, inflated beach balls or similar when not used for storage, would still displace water and provide additional flotation.

The top edge could have a thin bungee cord to keep it snug around the hatch rim. The hatch cover would still fit over it. 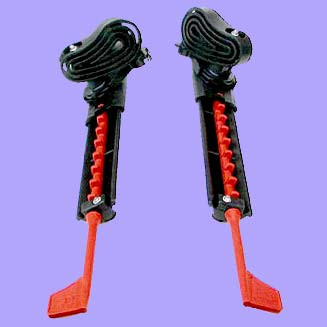 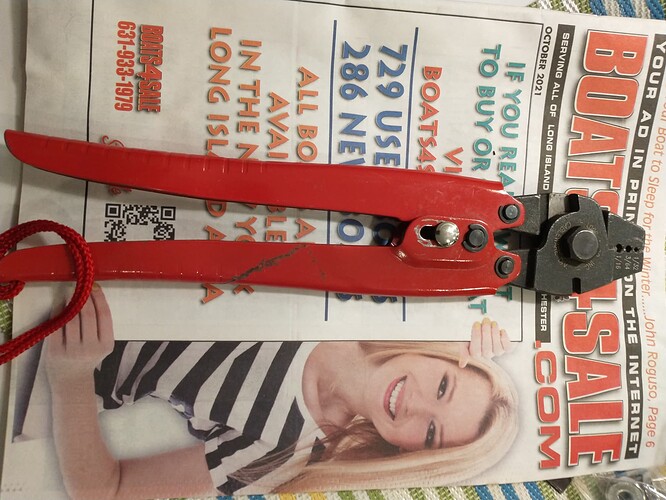 Post pictures of your rudder assembly. I use two swages by each thimble. One in front of the pedal micro adjusters with a loop. Someone shrink tubing is good too over the rear cable by the thimbles.

Cha-Ching but an option.

FWIW… Isolating the cockpits might limit the bailing in certain situations. Think injuries or when singlehandling .

I think all the real tandem sea kayaks I know of have bulkheads that separate center section, bow and stern compartments.

A couple of ideas, tell me what you think…

I could take out the foot rests completely and install the second bulkhead at the right distance for my legs. Would 2" minicell glued in place take constant foot pressure without breaking the watertight seal?

If I did that and acquired a watertight hatch cover for the center hatch I would then have floatation in the center. The hatch cover was carried by TopKayaker, but it is out of stock right now. By email they said they might get more in later this year.

That would leave the rudder control to be dealt with. I could:

I have not had any trouble turning it without the rudder deployed.

While a rudder can be used to turn that boat, its primary purpose, like a skeg, is to compensate for the effects of crosswinds and aid in tracking. The position of the rudder, all the was behind the stern would probably not function well as a skeg. Skegs are adjustable to aid in tracking.

Moving the foot controls would probably work. If you are properly using your legs to give you stroke more power, I doubt the 2" minicell foam would be strong enough. Moving the foot controls so far back that they must be operated by hand doesn’t seem like a good idea. For one thing, this would make using a spray skirt impossible. A spray skirt is an essential part of a sea kayak, not an optional accessory.

Minicell even 4" is not going to take foot pressure. You need the rudder to work with foot controls. More pictures of your plan would be better.