After drowning my non-waterproof 360° Camera, I designed a bowsprit mount for my Perception and my soon to be ordered Insta360 One X2.
I’ve looked into permanent mounting rails but not happy filling the deck with often unused hardware.
Are there any ideas for attaching GoPros or 360° cameras temporarily to kayaks?
Here’s my new bowsprit and (dead) 360° 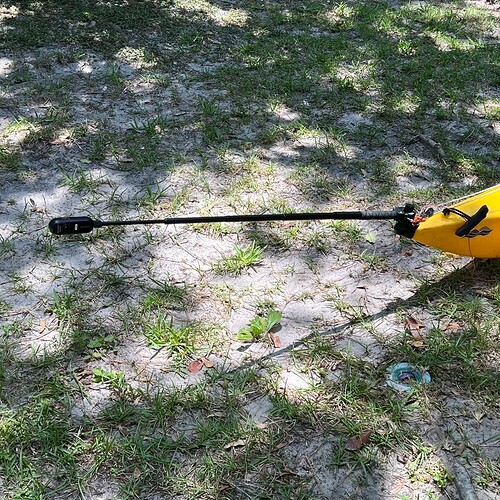 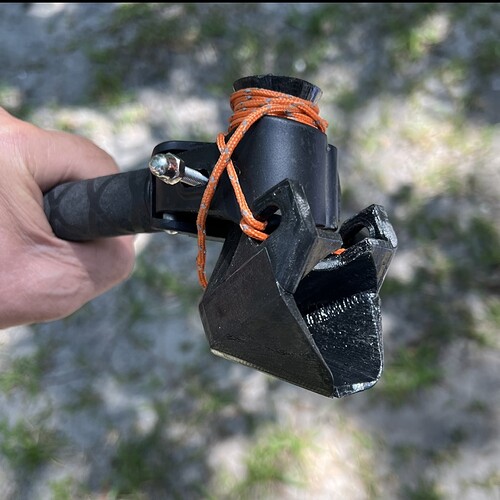 More often than not I see GoPros etc mounted on a helmet.

GoPro mounts are pretty cheap, so it isn’t uncommon for people to permanently install a mount or two on their kayak and other gear (like helmet). I still have one on my helmet, though I don’t film at all any more. Some Jackson kayaks come with them pe-installed.

For non-plastic boats, commercially available suction cup mounts can work as non-permanent solutions. But still recommended you tether the mount/camera to the kayak.

I have a Wilderness Systems Tsunami 165. I have a suction base for my GoPro, but it doesn’t stick to the kayak itself. I did a quick hatchet job of cutting a piece of Kydex, cut some slots to run cam straps through it, and mount the suction base to the smooth side of it. So far it has been working pretty well. 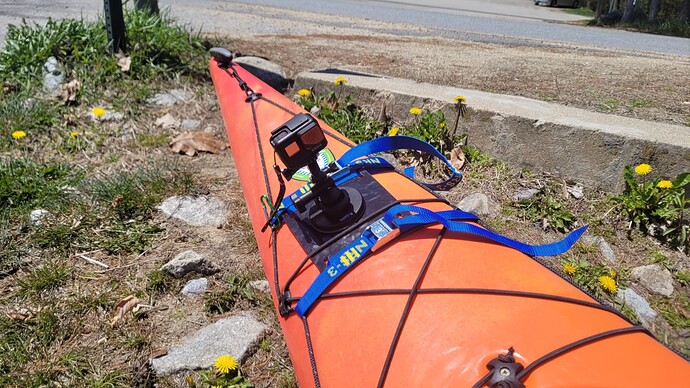 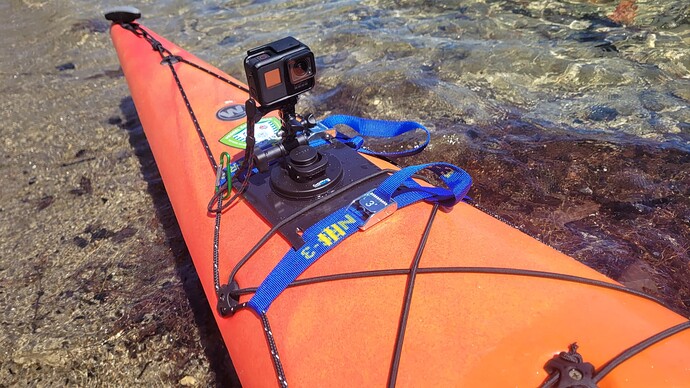 Thank you!
That is a great idea. I have 2 GoPros, one on my vest and another on a floating handle.
I’ve been designing another deck mount to slide into the self rescuing notch behind the cockpit. I’ll also be using clamps like the one I have on my bowsprit for my new waterproof 360° Camera.
I’m not home now but my preliminary drawings are on my phone. The new one is composed of a semi-circular rail that’ll allow me to swing the 360 to either side if desired. 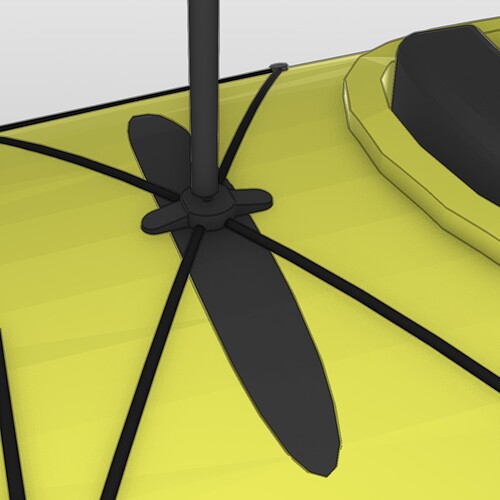 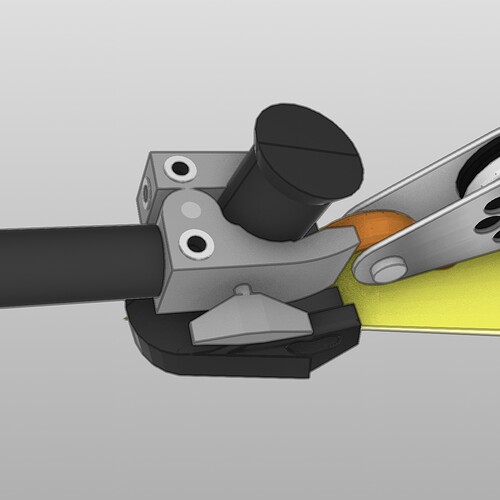 This is the idea I’m printing up now.
Plus CADs of the clamp and one of the boat, looking for all the world like a classic rigged ketch.

One of the GoPros or the 360° camera could get some great shots from either position.
I might need a paddle clamp thingamajig to keep the one I’m printing locked down better than the bungees, but that’s for another day. 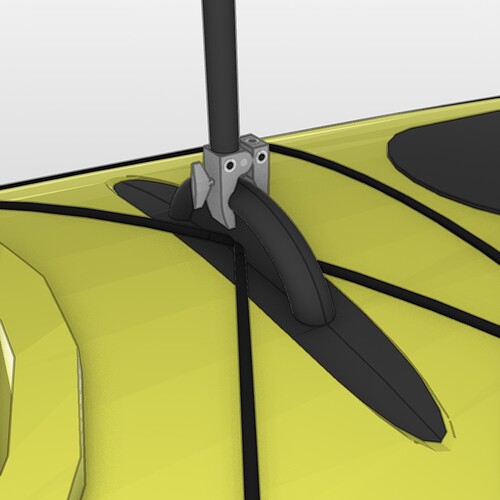 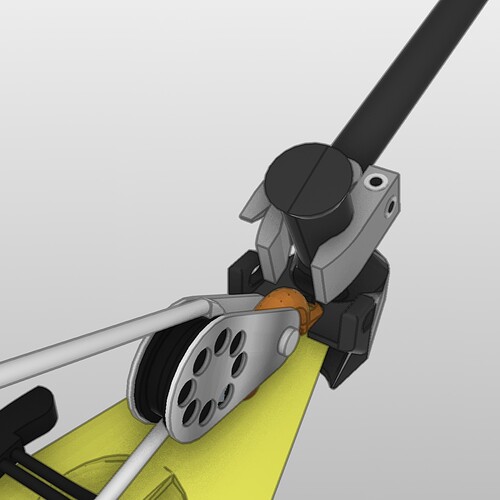 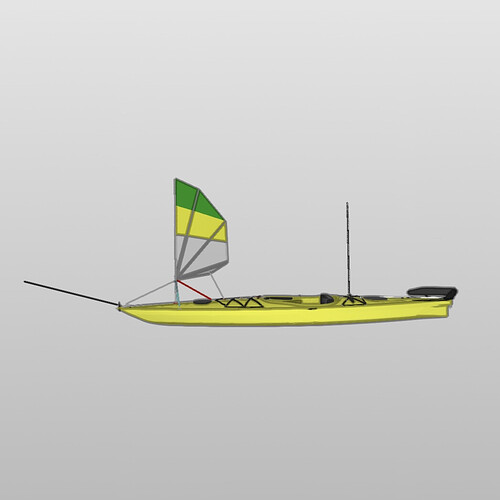