Can I use a paddle float with a wing paddle?

Hi, I’m new to the forum and I’m posting this after searching previous topics… but found nothing related.

I have a 16” composite sea kayak and I’m getting my first wing paddle, a full carbon (and a bit expensive…) Braca.

Just wondering if I could use my inflatable paddle float to do a re-entry with my new paddle…. Or if I risk to damage/break it.

Welcome, guidobras. I’ve used a dual chambered paddle float on my Werner Cyprus paddle with no issues. I do use this heel hook technique: 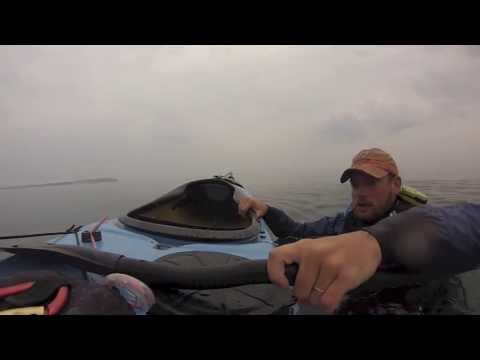 Yes check it fits inside.

I’m a bit worried because the paddle blade has a “spoon” shape… could the carbon fiber break or be damaged by the forces (including my weight) involved in the re-entry using the paddle float? 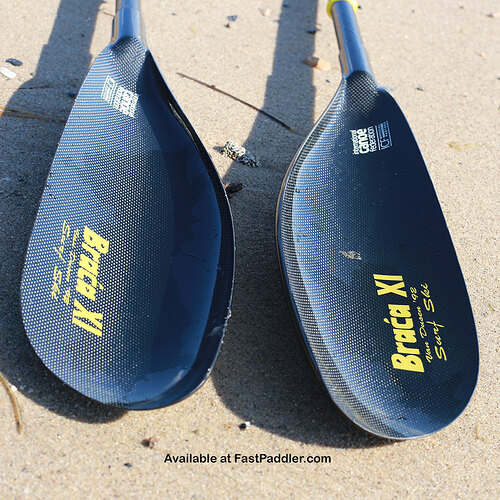 No because it’s not on a hard surface. No personal experience with a wing paddle. Pressure from a float bag in water no is my opinion.

The way the float will inflate around the wing blade should give that a lot of protection. A light weight shaft is where I would be worried about. I had a (non-wing) paddle break at the 2-piece connection joint once when doing a paddle float rescue in a class.

I’ve seen two paddles break in vigorous rescue practice. The PF re-entry can put a lot of sudden load on a shaft. Do you want to test your expensive wing paddle that way?

Most of us carry a spare that is cheaper and heavier than our main paddle. Use that instead.

Thank you for all the replies and very useful considerations.

I was somewhat prepared to using my spare, and a lot cheaper, paddle for doing re-entries.

It would be a bit of a hassle while in water to gather the kayak, the main paddle, the spare (which is a 2 pieces and need to be assembled) and to inflate the paddle float… but anyway, I’ll practice if this is the way to go.

I have been using mid grade paddles for years with out issues, carbon shaft and plastic blades. I just bought a high end full carbon paddle and now am asking the same question. So it might be time to start carrying a spare paddle.

I can’t comment on the shaft strength of the Brasca but a problem is going to be getting the bare blade under the bungees or perimeter lines to secure your now outrigger arm. I wouldn’t try this with an epic maroon shaft, as I’ve seen that fail.

Why not use your paddle float on the wing to do a re-enter and roll. No issue with attachment then.

Learn to do cowboy re-entry instead. It is much, much faster—faster than anything but rolling up. And it doesn’t involve loading your weight onto the paddle.

When I got a reliable roll and cowboy re-entry, I ditched the paddle float.

Cowboy re-entry is a good idea, thanks!
In that case, better to keep the spare paddle on the front deck I suppose…