Can you identify this Mohawk Canoe

Is anyone able identify the model of this 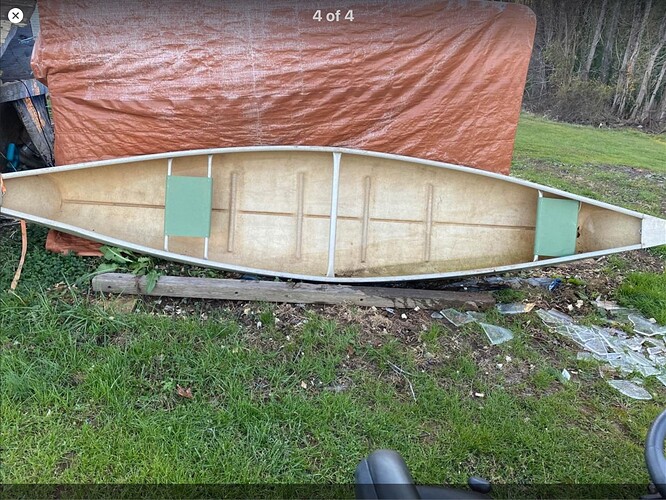 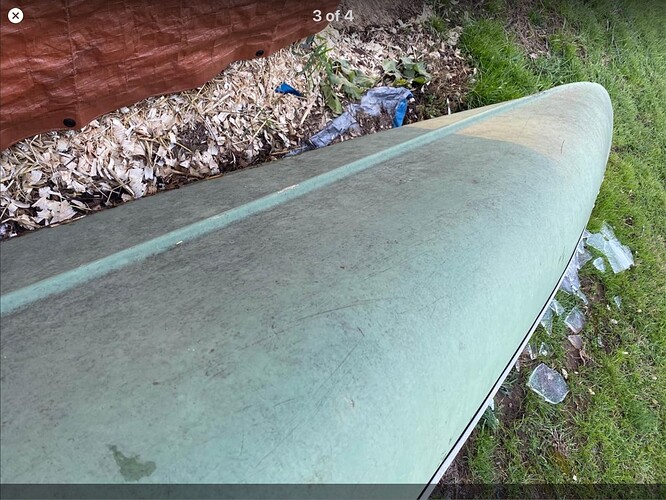 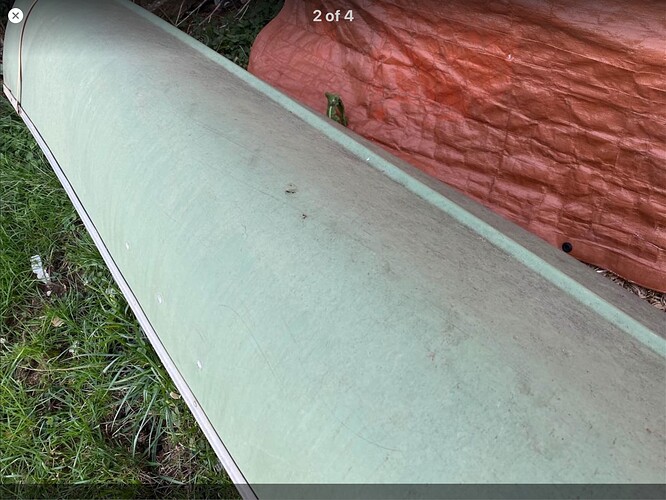 It is not Royalex . It appears to be glass. The cross bracing on the floor is to give it rigidity. The seller can find a plate on the stern outside that gives the HIN if it is post 1972. The last two numbers indicate the year.

How long is it?
If 17’ looks like it might be a Mohawk fiberglass Ranger. I bought one new around 1983 or so, for about $300.00. The old factory was just a few miles from where I lived. The Ranger was slightly longer and narrower than the more common 16’ model.

At least in central Florida, these canoes were extremely common.

I think the 17 foot ranger had an additional thwart between the center thwart and the stern seat.

Mohawk Canoe was founded in Florida in 1972 so the boat is no older than that, if it is indeed a Mohawk and it certainly looks to be. The original Mohawk Canoe ceased production in the early 2000s and manufacturing rights and the name were purchased by a couple of guys in 2006 when production was moved to Fort Smith, Arkansas and later moved again to Chattanooga, Tennessee in late 2009. But after the Florida operation ceased production, the reincarnated Mohawk canoe did not make composite models.

If I remember right, the 16’ model was the Blazer. They both paddled nicely.

Thanks everyone for your responses. You’ve been very helpful.

Thinking about it a little more, I don’t remember either the Ranger or the Blazer (at least the ones from the mid-80s) having a keel like that.

No, neither do I. The Blazer was a 16 footer I am quite sure. Mohawk made quite a few composite tandems. I never figured out all the model names.

We had a 16 ft fiberglass Blazer in the late 80s, picked it up at the factory a few miles from home. I don’t remember a keel like that, either. But it was a long time ago.

So… according to the Mohawk website it wasn’t manufactured in 1977. Hrs asking $300. Looks like it’s in pretty good shape but I think that might be too high a price. What do you all think? Thanks in advance for any advice.

I would not pay much attention to the Mohawk website. I don’t think any info you will find there will be accurate insofar as boats manufactured in Florida by the original owner.

The HIN indicates that the boat is indeed a Mohawk and it was certified with the US Coast Guard (built) in May of 1977.

I would have to see the boat before determining whether I would pay $300 for it.