Can you tell fiberglass from Kevlar by kayak’s interior?

As someone who’s owned only plastic kayaks, I’m wondering how to tell what a kayak is made of when the seller doesn’t know and it’s not plastic. I have a fiberglass canoe - does the interior look like that on a kayak? And what does Kevlar look like? Thanks.

I was always under the impression, in my observations, that Kevlar strands had a ‘golden’ hue even through the resin coat.
My glass laminate S&G the weave became clear, near invisible after coating. Kevlar strands always appeared thicker in texture.
I have not looked at one in a while. 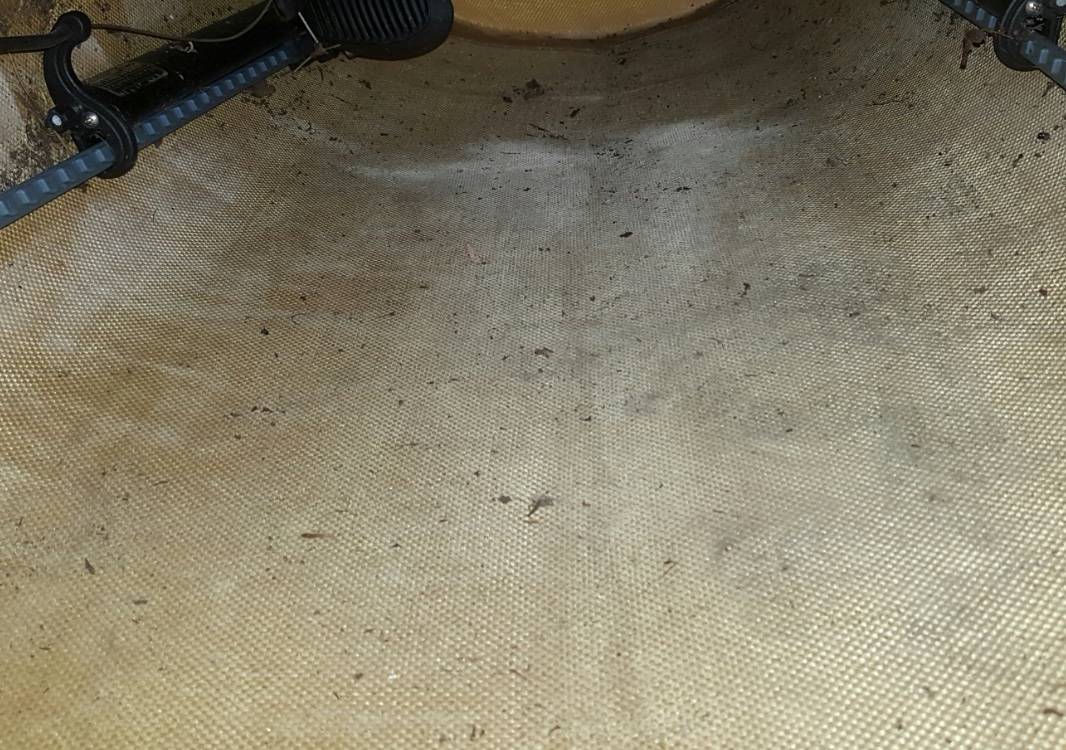 Based mostly on the colour, my vote is glass fibre. For what reason does it really matter to you - especially on the inside?

I have never owned a full kevlar boat, but having recently done some major repair/rebuild (thread exists here) to my coaming and seat, I discovered that the kevlar reinforcements in the seat made the work more difficult than if it were just fibreglass. For a sea kayak there is perhaps some weight advantage with kevlar in the right layup. But if weight is your primary concern then your time would be better spent figuring out how to weigh it rather than determining it’s construction materials.

Thanks. I was largely just curious; plus I know that fiberglass is much easier to repair.

Fiberglass is not any easier to repair than aramids like Kevlar. Aramid fibers cannot be sanded extensively or else they will “fuzz up”. But this is not necessary when repairing cracks or holes. Basically, you apply patches of some type of fabric over the damage with some type of resin, and it really doesn’t much matter whether you are bonding to aramid or fiberglass.

Aramid fabrics are not necessarily superior to fiberglass fabrics of similar denier and weight. Aramid fibers are somewhat stronger in tensile strength but actually dramatically weaker than fiberglass when submitted to compressive forces. And aramid fibers don’t bond to resins as well as fiberglass fibers. The advantage of aramid is an overall greater strength to weight ratio allowing construction of a lighter boat for similar strength.

The interior of the boat in the picture looks like fiberglass.

Just FYI if you take some nonabrasive countertop cleaner and a soft bristle brush that interior will clean right up. Even a quick wipe with a damp soapy sponge would help see the color. The front bulkhead does seem to have the characteristic yellow look of Kevlar, along with a few spots along the sides that aren’t as dirty. Attached are two examples…one the interior of a Swift and one a patch on a Blackhawk left by the factory to prove it’s Kevlarness. 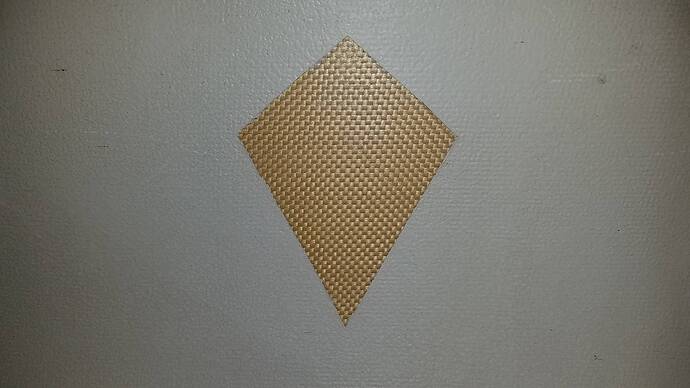 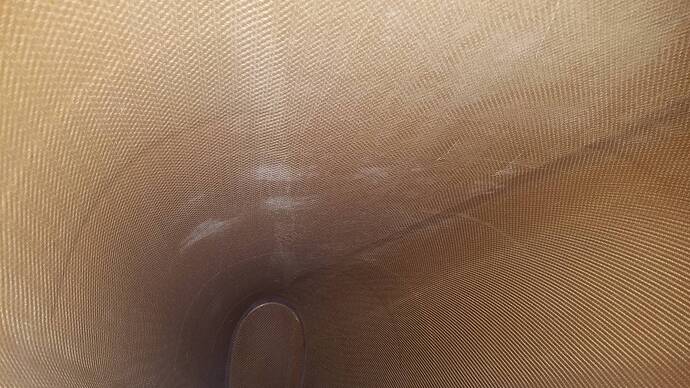 Kevlar lighter stiffer hull. If you’re dropping patch over Kevlar it doesn’t matter much if you’re feathering edge to patch fuzz can be a Pita but not that bad.

Very interesting, thanks all.

If you are applying aramid patches, use peelply to keep the patch edges flat and avoid the need for any feathering.

While it is not uncommon to paint the interior of hull bottoms of canoes constructed with an interior aramid layer to protect the aramid from abrasion and UV degradation, it would be very unusual to do the same to the interior of a kayak which is already pretty well protected. Doing so would only add unnecessary weight for no real benefit.

If you’re trying to make a cosmetic patch on at least the outside you still need to feather the existing layers correct? I found it easier to bring with diamond cutting wheel.

You can easily feather the edges of aramid composites using a carbide scraper. They’re available in the paint department of home centers and hardware stores. I use mine on fiberglass too, as it’s often faster than sanding and doesn’t produce as much dust. The one I use the most is 2" wide and has both straight and slightly convex edges.

@PaddleDog52 said:
Kevlar lighter stiffer hull. If you’re dropping patch over Kevlar it doesn’t matter much if you’re feathering edge to patch fuzz can be a Pita but not that bad.

Kevlar isn’t stiffer than glass as a matter of fact boats are often a blend of glass Kevlar 49 and carbon fiber. The latter sometimes
Carbon is stiffer
All three materials all have a place
I’ve got a Kevlar boat that is Mr Floppy

Kevlar makes a stronger kayak or boat. Used many combinations of it in offshore race boats along with carbon fibre. Kevlar is more impact resistant.

The actual figures presented here are for comparison only. The important thing to take away is that Carbon Fiber is about twice as stiff as Kevlar, and about 5 times stiffer than glass.