Canoe model identification, repair advice, and wisdom for Grumman 518B-3-15

Hello, just got a canoe again after like 25 years (last big trip was camp-canoeing the 1,000 Islands in '95) and I’d like to know what kind of canoe I bought allofasudden, cause it was a surprise sweetheart package deal I could only buy or pass on right then of the canoe with a brand new and never used $130+ canoe cart & trolling motor & battery all for just $50!

I bought it from a sweet couple well in their 80’s, an aquatic insectologist and a british highborn that eloped, he said that they bought it used in 1960 and that he’s never opened either of the round ballast compartment hatches, so. it has 5 ribs, 2 thwarts, a ¾" keel-spine, and a kinda beat up wood slat deck. It’s got some slow leaks along some of the the ribs, lots of old crackled epoxy/resin along them inside. the aft keel under the ballast compartment has a patch of what looks like firehose glassed down and then with some kind of compound smoothed over it. oh the aft ballast bulkhead seam(?) where it meets the keel-spine has an index card sized sheet patch riveted and epoxied too. and I don’t know about this EAT BERTHA’S MUSSELS bumper sticker either, it might become a problem and spread.

I’m thinking the first thing I should need to do is scrape all the epoxy and resin away from the ribbing inside so I can reseal the known leaks with those fluxless rods you can use without a dedicated blowtorch rig. Should I do another leak test and open those hatches to check for water? They sounded very empty when I banged on the sides of the chambers. As for the wood slat deck, I’m either way about it really. Is there a standard wood equivalent I can buy at home depot or lowes to Theseus-Shipify the deck? It’ll have some removable foam and mat over it most times for fishin’.

Thanks for your time and insight!

Do you have a picture? I’m more than a bit confused as to what you might have.

Sounds like what ever flotation is in those tanks is way past done. Getting that old styrofoam out even though its micropellets by now and fixing it up with proper flotation is going to be a huge issue.
We had several rental canoes that were in similar shape. They make great compost bins and due to safety issues that was the best and wisest use.

oh I can post pics?! most forums still have podunk ass '95 era you-have-to-make-10-posts-to-share-pics rules, one of the very reasons I gave up modding forums since half the people join exactly because they need help. okay, here it is: 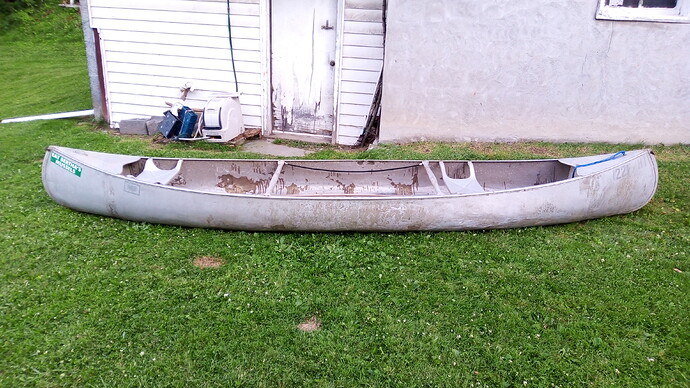 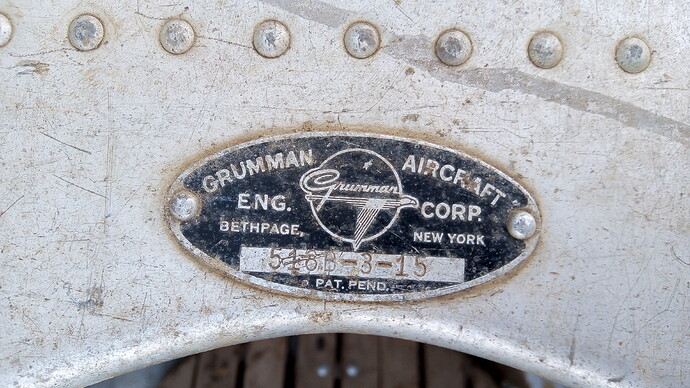 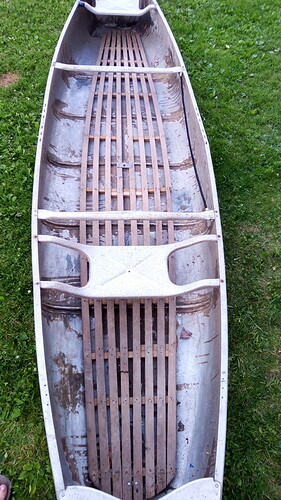 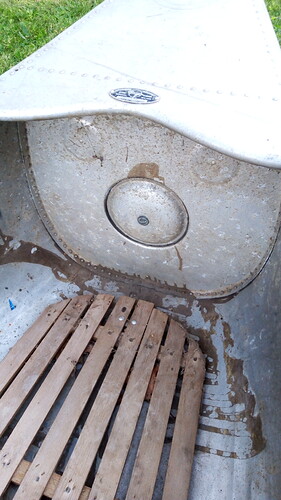 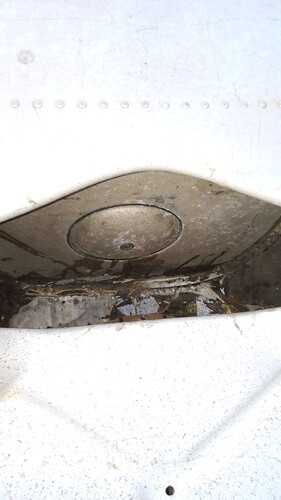 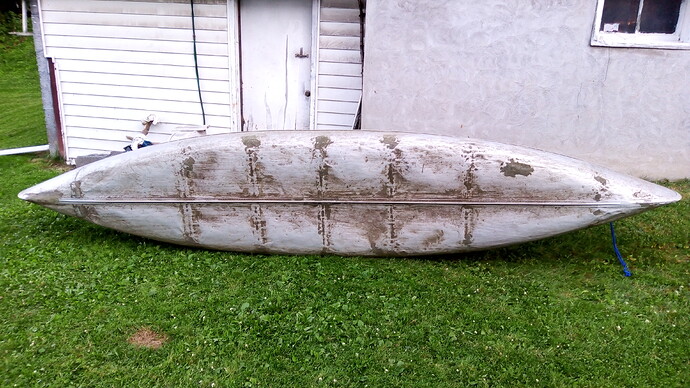 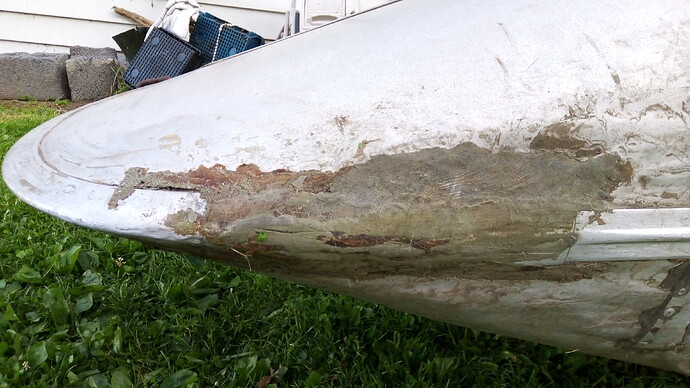 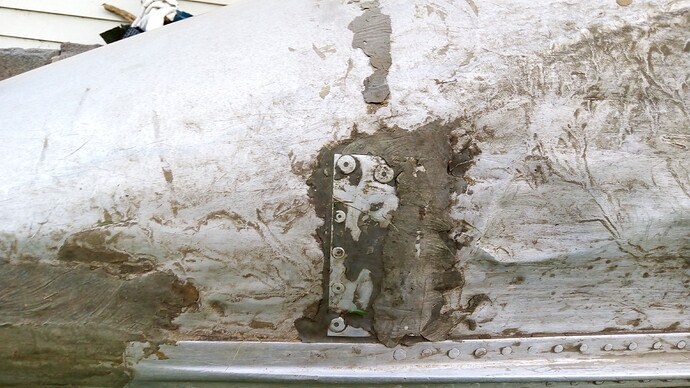 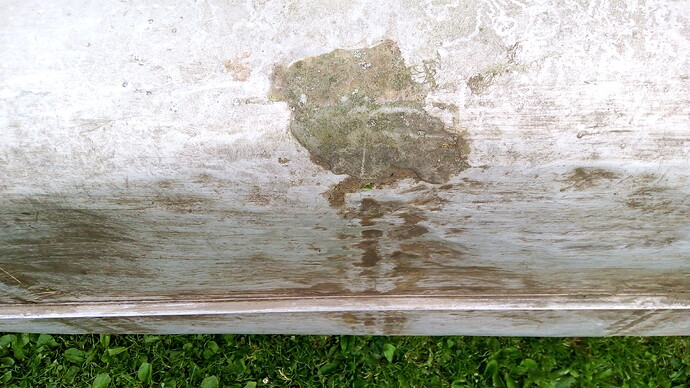 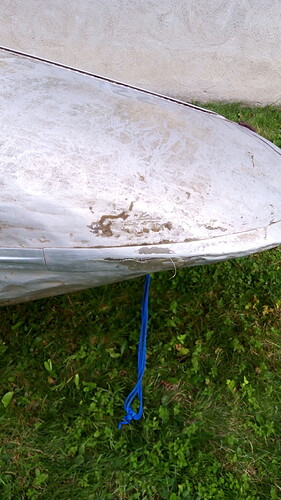 I mean, it still floated after about a 25 minute leak test and there was only like 2-3 cups of water on the floor of the hull after dragging it back out. so should I crack open the floatation chambers, they haven’t been opened since at least 1960 according to the past owner? hell, even if the hull scares everyone away, the completely unused swedish Samhall Erress canoe cart itself is easily worth over $100, so! I know it could never do not even a finger lake’s tip in current condition but I think it can zip around my fishin’ spots here up and down the susquehanna and chenango rivers for now, just gotta wait a day or two more for the level to drop a bit from all this rain we’ve been getting. whatcha think?!

so I ended up taking it out for more than 5 hours when I was only going to do a longer float test. decided to see if I could make it up to the confluence and then just kept going and went up the chenango like 3 islands past the bevier st bridge before I turned back so it wouldn’t be pitch black wheeling the canoe back home. here’s how much water was in the canoe when I pulled out of the river, there was also a couple gallons or so in the front floatation chamber and drained out when I flipped it over from a hole at the very tip on top. 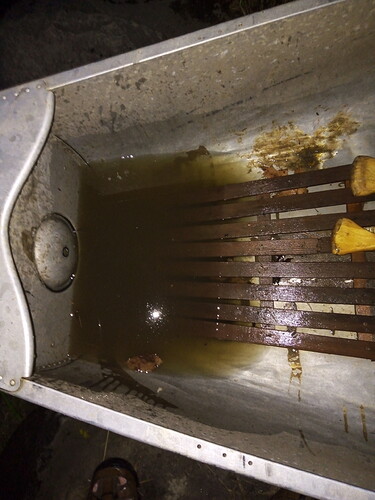 definitely going to have to do yet another test run again before I do any kind of serious pack trip, noticed that some of the excess slop of epoxy around the ribs had crinkled and crumbled some, probably both from long water exposure after years of possible dry rot and the hull flexing and popping here and there, so. I’m definitely saving up so I can buy a bunch of the primo fluxless aluminum rods to have all the known leaks redone properly. still wondering what exact model my Grumman is and whether or not it’s okay to open the floatation chambers, there doesn’t seem to be a clear yes or no about it when searching for an answer to that.