Perfect timing for the weekend. Looks like southern New England will largely be be on the “warm” side of the storm coming across the country. Southerly winds and swells. Time for a surfari to Lil’ Rhodie, (longboat or waveski?)

Love winter fun (on snow or waves) in New England!

As forecasted, Friday’s storm took an inland track, putting lower New England on the warm side with heavy rain coming on a southerly flow. That flow also bought southerly swells. With MassBay blanked out, I packed a bag and the waveski and headed down to Lil Rhody on Friday night to a head start on a weekend surfari.

Session one on Saturday morning turned out to be one of the heaviest session I have had in awhile, with overhead swells coming in a 9’ @ 11 seconds. While the air temps were in the 50’s, there was a strong side-shore wind at 15-20 knots, inducing bumps onto what were already intimidating wavefaces. Arriving at just a bit after dawn. there was only a handful of us out there (making me wonder whether we were crazy…) 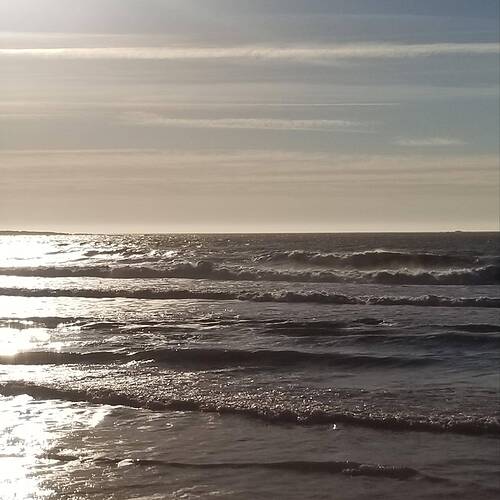 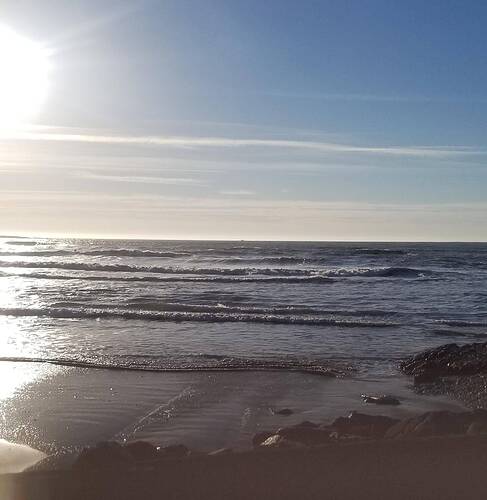 Paddling out was challenging but doable with the help of a stiff rip current. Catching rides were even more challenging. The swells were moving fast. On top of this, the strong diagonal wind made paddling a teeter-tottering affair as the paddle blades and my body acted like mini sails. Quite a number of times, I got blown back over the top of the wave as I tried dropping down the face. Finally, I worked up courage to go for the waves with faces peaking and right near breaking (where gravity help mitigate the winds). I managed to drop down several of these. These proved to be short rides that were terminated with wave peaks collapsing on top of my head for an inevitable maytagging. With one critical waveface that I dropped into, it proved too steep. My waveski dropped through air only to have the nose planted into the trough for a wipeout and huge beat down. After the initial thrashing (my plastic GroPro camera mount actually snapped), the wave held me down and pushed me along in the foam pile. I tried rolling up several times only to get immediately flipped by the rolling foam pile. Running out of air, I tried to unbuckle the quick release belt. I tried and tried but could not find the buckle… Wow, nothing induces panic like being immersed upside down in cold water while running out of oxygen. Finally, I did find the buckle and got myself released and found myself almost inshore in chest deep water. I was pretty freaked by what happened. I rarely blow rolls and don’t often bail. This time, when I tried to bail I could NOT find the buckle. What the heck!? I came to realize it’s because I had mitts on and I had not practiced going for the buckle release with mitts since when… ? (A pretty serious oversight.)

After calming down, I paddled out again. I spent about 2.5 hours total in this session. It was enough as I was feeling pretty spent, especially as the winds went offshore and ramped up to 20 knots plus. Catching waves became even more difficult. 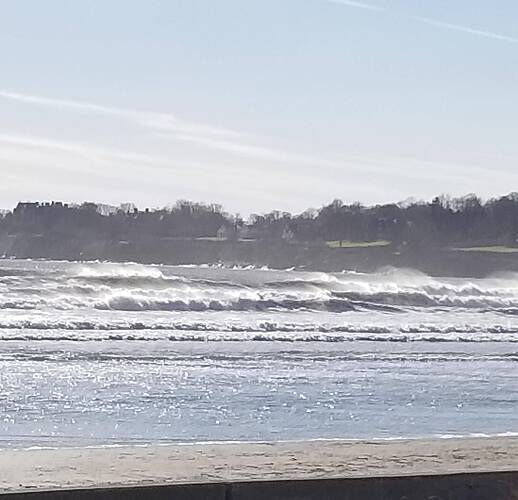 Counting a total of 4 or 5 complete rides, I decided it was enough and to not to push it (and my luckj). Quite frankly, the pucker factor was high and was beginning to surpass the fun factor. it was the right time to call it quits while I was ahead.

Session two this morning was an entirely different affair. The air temp had dropped down to 30 degrees overnight. But, we had nice 4’ swells @10 seconds that were cleaned beautifully by a light offshore breeze. It was absolutely mellow and fun. Even with about two dozen surfers out there, there were plenty of waves to go around, especially given that most folks seemed to know and followed good surf etiquette. Two hours of this (too many rides to count), I was more than satisfied and done. My (aging) body was protesting, with my abs and back on the verge of spazzing out. . 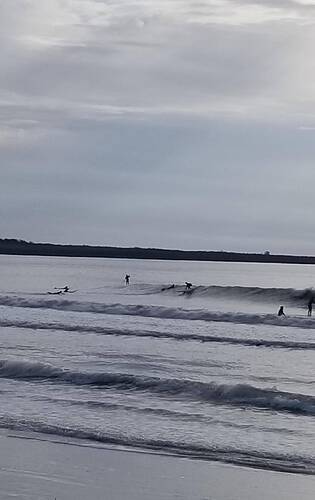 Glad you’re okay. While photos and GoPros never do a good job showing the actual height of the waves, your third photo sure looks gnarly.

@Rookie said:
Glad you’re okay. While photos and GoPros never do a good job showing the actual height of the waves, your third photo sure looks gnarly.

Thanks. Yes. The lesson, again, is everything is cool, until it’s not… Glad I didn’t pass out before finding the buckle release. :# Spent some time last night modifying the buckle by attaching a small plastic ball that can be more readily found/felt by a mitted hand.

Alive for another year.