I was on one of my favorite local rivers yesterday and seeing evidence of the change of seasons. It doesn’t really look like Fall but it sure doesn’t look like Spring or early Summer either. 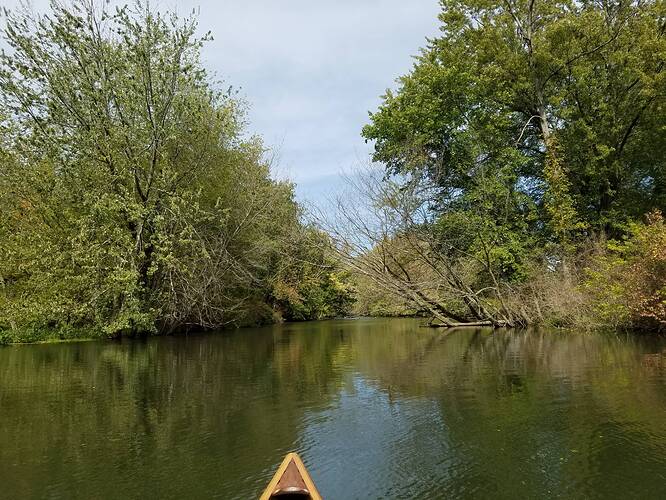 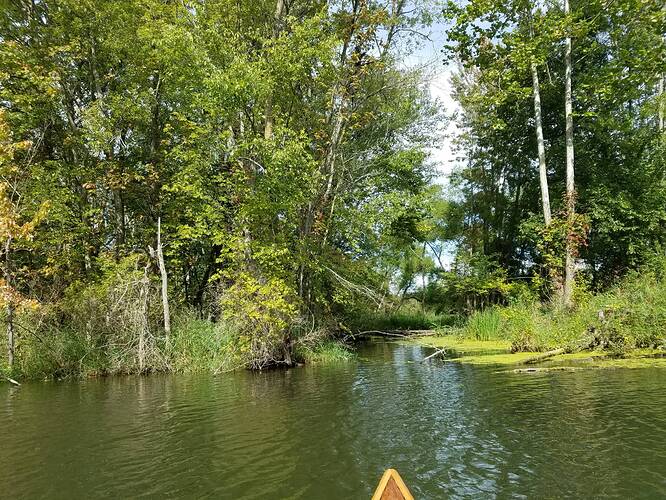 2 nights ago, the lows were supposed to hit around 38-39 in our end of the UP. Don’t know if it did ----but we had to add an additional flannel sheet for the night.

This is a beautiful time of year tho------ makes up for the longer winter.

I’ve seen some brilliant flashes of red maples, but those trees were in the water and shutting down early. There are hints of color in the hillsides. Sigh.

Yooper, reportedly got down to 33F in Roscommon last week. Nippy for August.

Lakes must be crazy up there today; Beaufort 6 here, up to 7 for a short time this evening.

Was tempted to do some surfing here at home.

Saw a few trees on M-55 starting to show color. I was taking the scenic route back from Qajac TC. I wanted to pick up some peaches from a stand on M-22 so skipped the fun on M-115 - at least until Cadillac.

We’ve had quite a leaf fall here in south central Texas — due to the drought. They are hinting at a weather pattern change here by this time next week. Highs will plunge to the lower 90’s by then with at least vague rumors of precipitation.

@RobF said:
We’ve had quite a leaf fall here in south central Texas — due to the drought. They are hinting at a weather pattern change here by this time next week. Highs will plunge to the lower 90’s by then with at least vague rumors of precipitation.

Hard to believe we live on the same planet; maybe we should trade houses for a week once or twice a year. Here in SW Mich it’s been cooler than normal since mid-August and today the high was 70 and the low tonight will be in the high 40’s. My intention is to sleep hard and snore. Highs of 74 predicted all week. So here people are thinking that we want to hang onto summer. I have a brother in Richmond that said people are thrilled because the nighttime temps went below 70 for the first time in a long time. St Joseph is a tourist town with beaches and bikinis but they also sell two meter long driveway markers at Lowes to help you find your driveway when it snows.

Here’s a “one week later” update from a local river. Maybe the colors don’t count due to flooding or whatever but hey - something is changing. 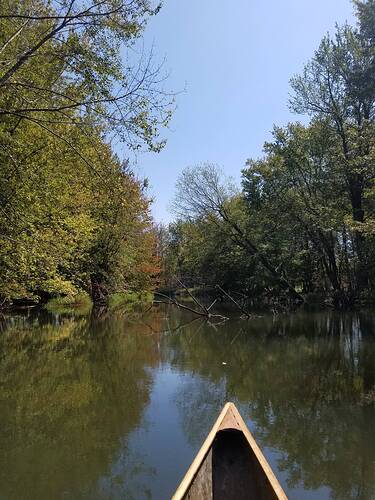 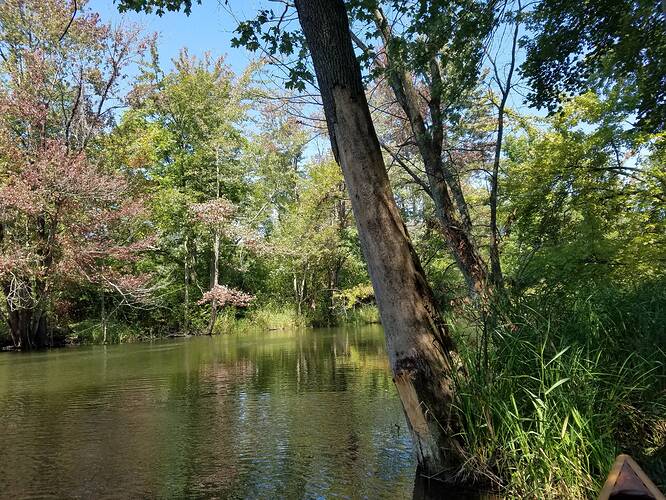 Our day temps have been upper 80s, which is a relief. Nights in the 70s but the humidity is very high.

On the way to and from Alpena, lots of maples turning crimson already. Not ones that were in or near the water.
Boiler came on the last couple of nights and the Boxers don’t wander the yard after their morning “pee”.

Not too much going on up here, other than bumpy water today. 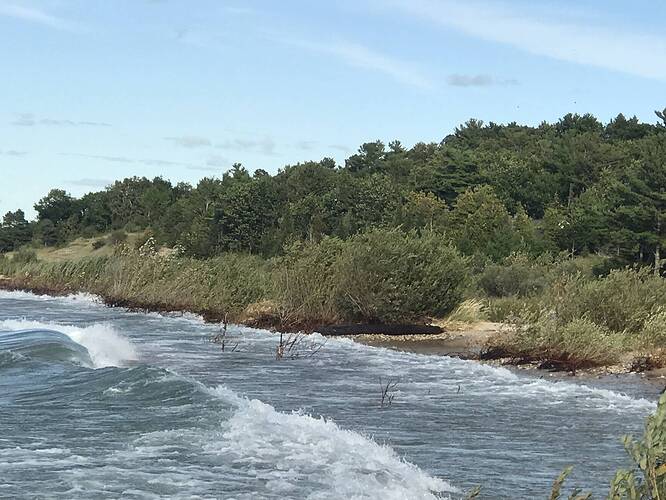