Comments on VHF w/DSC from ICOM?

Wonder if my standard horizon does that. I’ll try it later.

my older I comm M 24 flashes if left outside on a dewy night or in a fog. It does not thankfully send a distress signal when that happens.

Re concerns about auto Man Overboard - unless I missed it in my research, neither this nor the Horizon unit with DSC creates an auto signal from getting wet. (It has bee a common feature in units for sailors.)
I do have a concern about accidentally hitting the DSC button when handling the unit, will have to see if I can look at one. It looks like the DSC button is recessed and in the back, in that case it would be avoidable. But this is something that I can best tell by looking at it. Hoping that the local West Marine has one on display. 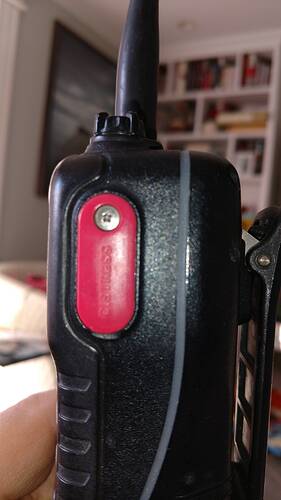 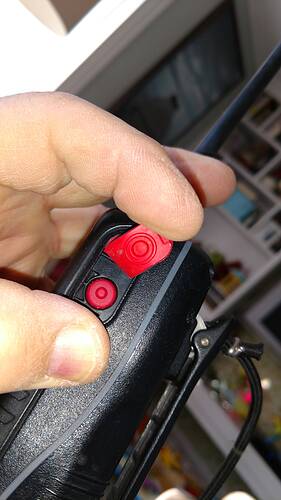 The way mine is made it seems to take a real hard dedicated push or I have to peel back cover. Not sure I better read the manual so I know. Someone around here was testing theirs and got blasted by THE CG.

@Celia said:
I do have a concern about accidentally hitting the DSC button when handling the unit, will have to see if I can look at one. It looks like the DSC button is recessed and in the back, in that case it would be avoidable.
I have the predecessor, the M-91D. On that radio, what looks like a distress call button is not a button. It is a cover which you have to lift to access the button.

It will flash when immersed, even when the radio is switched off. I suppose that can drain the battery over time. I wouldn’t know because I always charge the battery after a trip - because of a more or less unusable battery indicator which shows full battery up until a few minutes before the battery is empty.

@Allan Oleson Thanks for the clarification on the button. Couldn’t tell it was a cover from the picture on the web. Since I would mostly be beating it up places like Maine with chillier water, I have to accept a possibly challenged battery life. I have learned never to trust the battery indicator. Maybe it goes down gradually in Florida, but nowhere I paddle.

I paddle rinse drop them in chargers. I want to get a tray for my radios for 6 AA BATTERIES.

By the way, I bought a cheap, generic USB -> 12V DC converter on Ebay. Plug size and polarity were correct for the Icom charging tray (how lucky can you be?).

So now I can charge the VHF on trips by connecting the charging tray to a USB power bank. Not as neat as those Standard Horizon VHFs which can be charged directly with a USB cable, but still better than nothing.

I have a Standard Horizon HX300 which also has the feature that makes it flash if dropped into the water. mine doesn’t start flashing when punching through surf or even a quick roll. it has to be in the water for maybe 3 or 4 seconds then it will start to flash. the feature can be turned off. Not sure how big this new DSC radio is but when I got mine they were all to big to fit into PFD radio pocket.

As to fitting inside a pocket in a PFD - nothing with a DSC button or this level of features will. Most people I know clip them onto the outside of their PFD. Given my size, the length of the antenna and height is something I need to look at because of that.

Regarding AA battery packs, check your manual for details and limitations. Many radios lose their waterproof rating when used with AA packs rather than their rechargeable batteries. If you feel the need for a backup battery for on-water use, you may have to spring for a second rechargeable battery.

@Celia said:
As to fitting inside a pocket in a PFD - nothing with a DSC button or this level of features will.

I have my M91-D in the front pocket of my Astral Seawolf.

(But it really takes up the space in that pocket.)

@Alan Oleson I stand corrected. Much bigger pocket than anything on the MSFit I favor though.

I don’t have that mount. I tried your idea few years ago with a caribiner. Post pictures later. 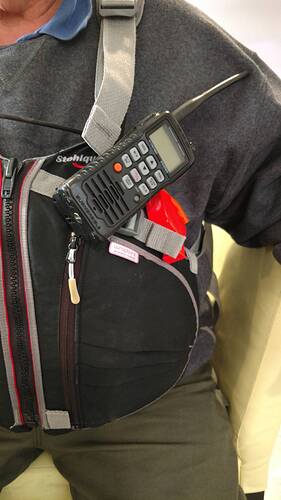 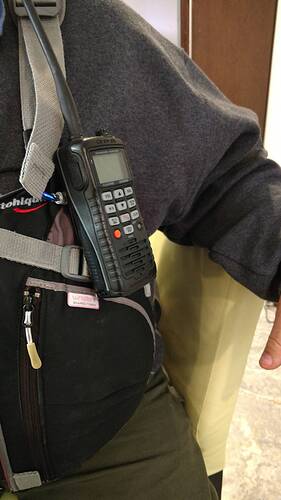 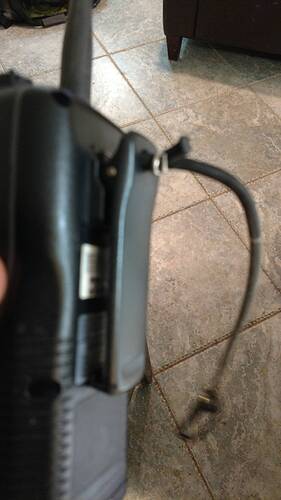 Always ends up flapping around. I hook it on caribiner