So I’ve been paddling my Mercury GTX for about a year now in South Florida and have always been interested in WW, but have no options down here. I’ve decided that I will be taking some trips up north where I can start trying WW which means its time for a kayak swap. I only have space for one so I’m more likely than not selling my touring kayak. I’ve been looking a ton of crossovers so that I may do WW and still tour/paddle in the ocean and intercostal waters down here. So far, I believe it’s come down to the Katana and the Traverse.

I wanted to first introduce myself, and look forward to sharing with you (I know a bit about kayaking in SFL by now) as well as ask for your expert advice on which way to go with these crossovers.

Canoe & Kayak had a really good round-up a while back. Only thing I would definitely stress is sitting in the boats first. I have always been very comfortable in the Jackson boats, but for some reason (probably on the fly outfitting) I was physically uncomfortable in the Traverse.

Thank you! I’m going to try to find that one. I’ve read quite a good amount of reviews out there plus a few video reviews, but can’t really find something that makes one better than the other. I can sort of see the Traverse has a slightly more pronounced rocker. Maybe this aids in maneuvering? I’m pretty new at smaller boats. Still transitioning from long and narrow open water paddling

My personal feeling is that if you still want to do ocean as well as ww, you would probably be happier with an ocean play boat like the Stratos, the Karma RG, or the Hammer. The Katana and the Traverse are really best for covering distances on rivers.

I do intercoastal touring. I rarely go out into the open ocean down here. Only like 3 times since I don’t like friendly sharks nor do I like waiting for the tide to change so I can get back into the intercoastal waters. This is one of my average trips (See pic). I can’t go too short on a kayak because I’ll still want to be able to do this, but since I am going from a 14 ft kayak that split into 3 pieces and fit in the trunk of my car like nothing, to a one piece kayak, I kinda need it to be as long as would be relatively okay for class 1 through class 3 WW (Maybe class 4?). My golden numbers seem to be between 9 and 10 feet. This is why I have narrowed it down to these two. I’m also going to have to engineer a way to mount it on my roof since it won’t be going in the trunk anymore (won’t fit) and my car being a hatchback, does not have any cheap options for a roof rack. I also never wanted a terribly long kayak hanging off the roof. This is the reason I invested in the mercury (pic attached). 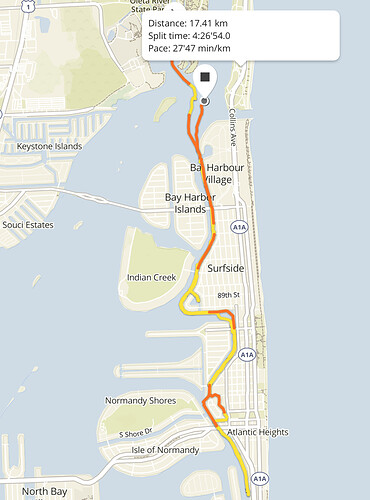 My current Kayak; obviously can’t do any type of river with this unless it’s flat. I had a nice mini WW experience trying to push versus the Halouver inlet’s current in Miami and my kayak was jumping and bending all over the place. Fortunately the buckles didn’t snap. 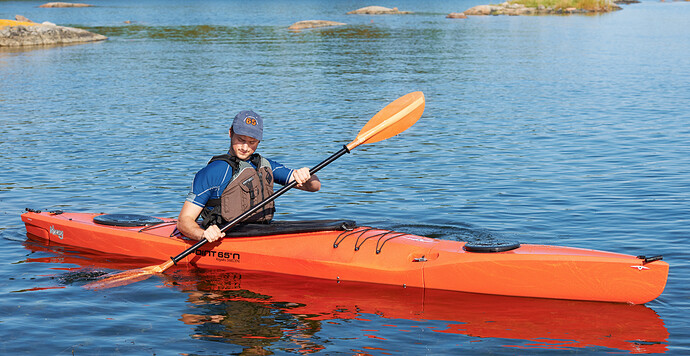 Hey guys,
Dropping by to give a short review on the Katana 9.7.
The kayak seems to be great in whitewater based on the amount of videos I’ve seen of it going through class I through class IV rapids. In the ocean/flatwater it’s great. With the skeg up, you have absolute maneuverability and can turn on a dime; good characteristics for whitewater. Skeg down and the kayak turns into an arrow. I used it in the ocean this weekend and with a semi good set of paddling skills + the skeg, you wont tell the difference from a full touring kayak except for the speed. The skeg makes a gigantic difference to maintain directional control in flat water if your paddling skills are not evenly distributed, or if there is a heavy current/wind. However, even though it’s about 3.5 knots slower than my touring kayak, it is still much faster compared to the average sit on top kayak out there. Going into three and four footer waves was a breeze. It wont go exactly through the wave like a touring kayak since it doesn’t have a V shaped hull to cut through the water, but it cuts through it enough allowing you to maintain most of your speed. if the wave is large enough for you to go over its crest, it lands smoothly into the trough on the other side, but if a quick wave follows your first, expect it to cut through and your face and cockpit to get soaked if you’re not wearing a skirt!

The outfitting is great, very adjustable and comfortable. skeg seems durable and with a bombproof design. Hatch stayed closed after hitting some nice waves and the storage compartment remained dry all the time (despite my cockpit getting flooded several times since I went skirtless this time!

Kayak’s not heavy. I’m a 5’11 dude 148 lbs and I can carry the kayak easily (1/3 of my weight) I load it on top of my car and it holds well.
Long story short, strongly recommended if you want a kayak that can do both. Will report back when I’ve tried it in whitewater. 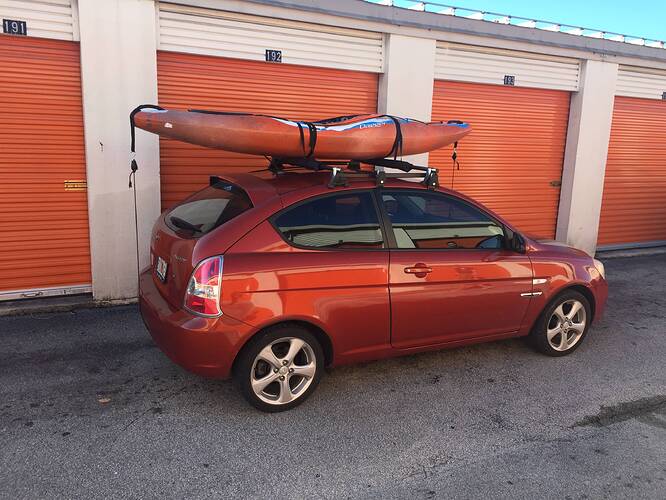 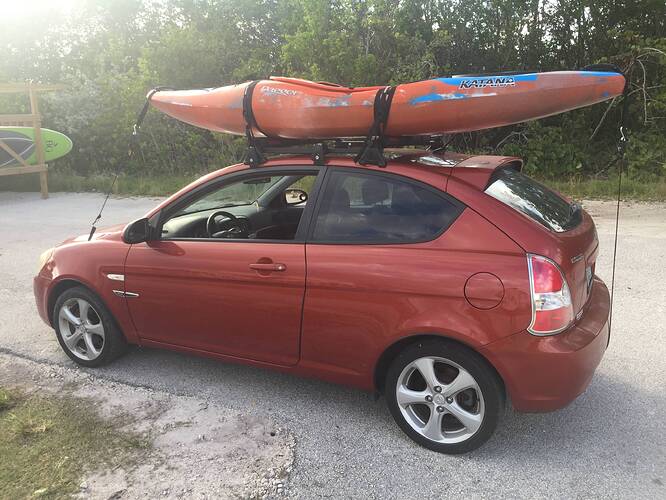 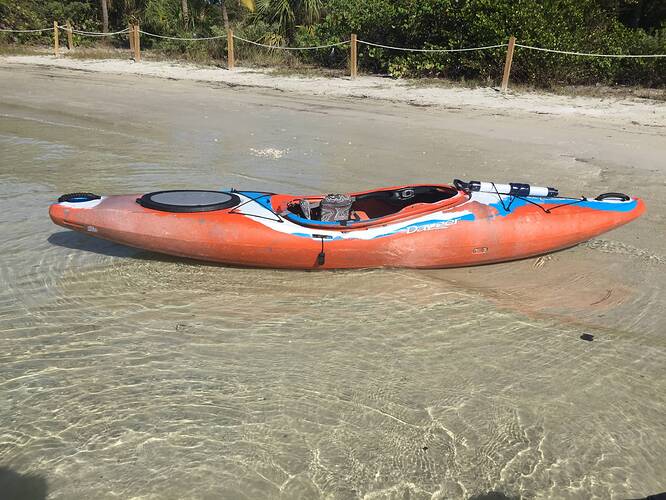 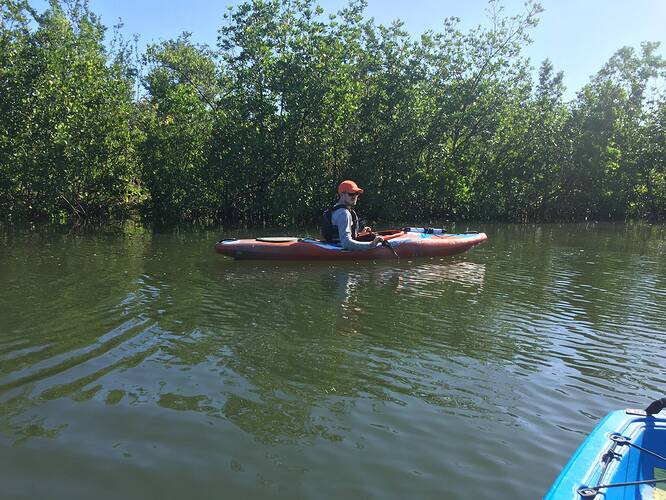