Just wanted to remind everyone again of the dangers of water. 1.2 million people around the world die by drowning every year, that is more than two persons per minute. Four out of every ten drownings happen within 6 feet of the safety of dry land. One-quarter of drownings happen in water just over six feet deep. In fact, studies have found 1,676 Americans were reported to have drowned in a tub during a five-year period, or an average of 335 a year. Other studies have shown that one American drowns nearly every day in a bathtub, hot tub or spa. My research suggests NOT ONE OF THESE INDIVIDUALS WORE A PFD. Residents of California, which leads the nation in residential ownership of tubs, are three times more likely to drown in a tub than are residents of the state of New York, where the rate of tub drownings and hot tub ownership are both low. Tubs aren’t the only reason to be afraid of water however: some people drown from other causes. Thomas Owen 18-year-old, from Hale, UK was discovered face down in a 3cm-deep muddy pool of water by a neighbor back in June 2016. David Outlaw, age 66, was found drowned in a puddle outside his South Carolina nursing home in Oct 2016. In all likelihood, some of this water WAS COLD. Here are some recommendations I came up with to prevent you from drowning:

Don’t assume any level of risk, ever.

Warn others incessantly about the dangers of water, especially cold water - Anytime you find an article about someone doing something incredibly stupid involving water, share it with others on this forum.

Wring your hands, fret, and tell others “ohhhh I wouldn’t do that” often when it comes to water.

If you still feel it necessary to interact with water, wear a PFD (showering, bathing, drinking water, etc).

Use the buddy system at all times when around the water. (Don’t forget about the dangers of rain!).

We had a local man we knew pass away this early spring when his two dogs got out on his half frozen pond and fell thru the ice. He was attempting a hurried rescue using a kayak when he fell thru and they all perished.

Water IMO does not need to be feared, but it does need to be respected. When it comes to water especially cold water we need to keep a clear head and not multiply the problem by acting without thinking thru all the possible risk we are putting ourselves in.

Many years ago I was walking our black lab on the shores of Lake Erie near our home in early spring and she went on the ice and fell thru. The urge to walk out and rescue her was strong but I knew if it didn’t support her it wouldn’t my weight. She was doing ok and I encouraged her to swim in like an icebreaker as she got closer. I did jump in to get her up and out of the last few feet and then managed to get her dried off some and warmed up by a brisk run for home.

Planning ahead is most likely the best safety precaution there is.

If your post is supposed to be funny, you failed.
Safety around the water is about as humorous as Cancer.

Right up there next to ignorance.

Took me a close read but there’s some humor and truth to it. Many folks deal with difficulties with dark humor.

As far as “funny as cancer,” when my mother died three years after my father of the same lung cancer, it was our mutual appreciation of each other’s irreverent humor that brought my brother and I together. Due to our family dysfunction we were barely siblings for over fifty years. Our dark humor allowed us to cope with the stressful circumstances. It not only bonded us as real siblings but as good friends, something that for most of our lives would have been incomprehensible. Seemingly endless trips taking my mother to the oncologist and cancer center were filled with joking and humor in spite of knowing the ultimate outcome of our efforts. It is difficult if not impossible for some to understand when I say my mother’s cancer was one of the most positive and life affirming experiences I’ve had.

One can opine whether they find something humorous or not. No one can be arbiter of what actually is humorous or when. We are all different.

I also enjoyed the post…I thought the op did a fine job of reminding us that there is some risk in everything we do (inherent risk). Locally, we had an unlucky person who rolled their car over the hill into a small stream (dunloop creek, Thurmond WV). Unfortunately they drowned because the creek was high, which is a real rarity. Most of the time that creek doesn’t have enough water to float any kind of boat or drown someone. Tragic and unexpected.

I’ve never met anyone or any user group yet that thought “I’m gonna be the one to drown”. Those folks stay home.

After being in proximity to a drowning, knowing affected individuals (survivors, rescue workers) and losing a friend, I’m not joking about any of that.

I guess If I gotta drown, then passing out (I’m assuming there are beverages involved) in a hot tub sounds preferable to struggling on the river.

One time I was having difficulty wet exiting in a borrowed boat and borrowed skirt in a class II rapid. I thought, “please God, don’t let me drown here, it’s only a class II.”

2…"…Residents of California, which leads the nation in residential ownership of tubs, are three times more likely to drown in a tub…" They didn’t want to get cancer.

My friend who used to market camping gear has some California stories about that law.

I was so disappointed not to see that urinating over the side of a boat wasn’t mention. it is the cause of numerous male drownings. The Coast Guard know after the recovery of a body because they check to see if the zipper is still down. Friends don’t let friends urinate without wearing a PFD!

As a teen I pulled a man up from 10 feet of dark water that we did not successfully resuscitate. We manage to mostly return his normal body color to his upper body from the pale blue it had turned, but he didn’t survive.

Experienced fisher/paddle persons carry a pee bucket or similar device so they can keep their torso in the boat.
OR, they paddle SOT. Scuppers are great.

I can’t fit in my shower wearing a PFD so they are over rated.
I gave up being the scolding/warning mom to other people as they won’t want to hear it. I’ve always carried some rope and a lineman’s pliers in my truck. I always carry a knife on me and have one in the glove box that has a blunt point.
Rope for tossing/tourniquet, pliers for cutting fence and breaking auto glass and the blunt tip knife for cutting seat belts.
How many of us have fire extinguishers in our cars/trucks?

Dust and water,
we are of each.
Soon swept away,
drift cross cosmic beach,

Watered down,
solution quick to lack,
an affirmed substance,
since amniotic sac.

Dust to dust,
the need for water.
Pass into ethereal,
element to other. 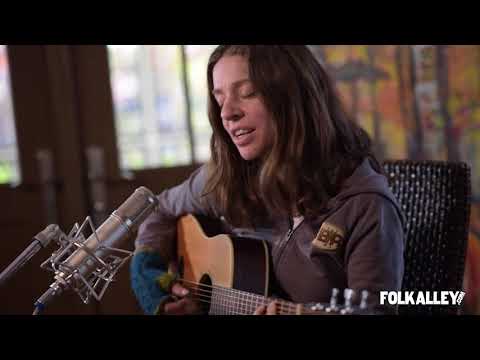 Dust and water can make a muddy mess of things. Loved the song about carrying on!

I remember the few years when our kids thought they were.

“Anti-alcoholics are unfortunates in the grip of water, that terrible poison, so solvent and corrosive that out of all substances it has been chosen for washings and scourings, and a drop of water, added to a clear liquid like absinthe, makes it muddy.” -Jarry

all water is dangerous.

And we, like all life, is mostly made of it. Acceptance is in order, I think. T’was ever thus.

“What we see in water depends greatly on what we bring to the shore.” Peter Steinhart

“The river is old. Old as few things are old; old like orbits and dust and gravity.” Justin Isherwood

I get the attempt at humor but timing not the best. It is that time of year. A week ago a young father and his child both drowned no more than 50 feet from a launch point on Lake Champlain. Went out in a rec kayak, somehow went over. old water.