I’m moving from an inflatable kayak to my first hard shell. I want something relatively lightweight for easy transportation, and capable enough for a day tour. I’ll use it in Puget Sound, lakes, and non-whitewater rivers.

I’ve been looking mostly at the Delta 12.10 (I can drive up to Canada where they’re more available), but also considering the Boreal Baltic 120.

One obvious difference is that the Baltic comes with a skeg. Otherwise, similar weight and size. Any comparisons, pros or cons, or other suggestions on the relative merits of these kayaks? I’m about 5’10" if that makes a difference.

I’ve researched the Delta 12.10 considerably but I haven’t looked heavily at the Boreal. I had Pungo 125 for 2 years. It was nice but it was a tub. Even the seating was laid back. As a life long kayaker that didn’t translate to a fun boat to paddle so I sold it. Delta has been the early adapter of ABS kayaks. The 12.10 is a gem. It can be used for weekend camping with large storage capacity. It tracks well without a skeg yet is very maneuverable. It has the capability of paddling open water waves which I don’t think the Boreal is. The Boreal is 12 feet long but has a skeg hints that it may not track as well without the skeg. The Delta 12.10 is a larger yak 2 inches shy of 13 feet. This along with open water capability puts it into a transitional kayak category and the Boreal is more in the rec kayak category. Add the tripping capabilities and it is a value packed kayak that can do most of what you would ask of it. Someone posted this photo that really sold me on the 12.10 but I can’t recall where I got it from.

There are some videos on YT that show how well the 12.10 can perform in the waves. 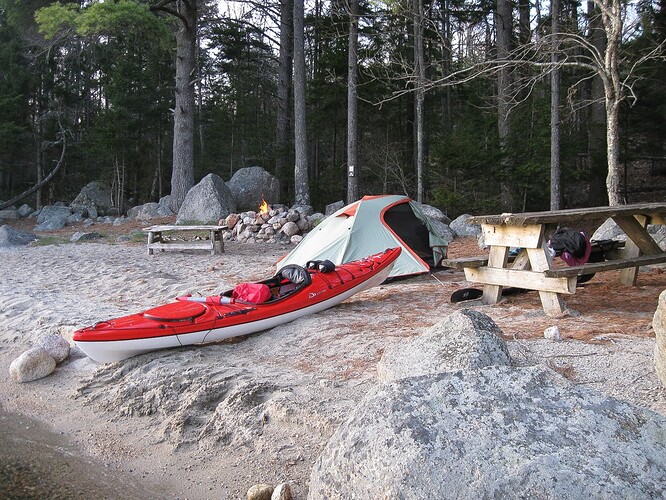 I’ll be picking up my 12.10 in the spring as dealers are all out near me at this time.

Thanks for your input! I’m definitely leaning toward the 12.10. I’ve been wondering how well it can be controlled in wind when there is no skeg or rudder, and how much effort would be spent controlling it, but I’m thinking that might just be a matter of practice.

It has a pronounced keel line from front to back which does the job a skeg would do. It’s also a 10 inches longer so it would have better tracking than the boreal even with their skeg. A couple more points I thought of with the 12.10. It has knee braces which aid in stability and control which the Boreal does not. It also has the day hatch for storage of quick access items. The seat and the pedals are completely adjustable. From all I’ve seen there really isn’t a comparison between the two. A better comparison would be the Hurricane Sojourn 135. I didn’t go that route because I also want to use it for group paddles and I thought the 13.5 feet was getting too long for shuttling kayaks on rivers.

I just found a local rental company that has a 12.10 and I’m going to try it this afternoon.

Post your thoughts because I’m looking at the same kayak.

I was just looking at the baltic again. It looks like the ABS does have knee braces but the HDPE doesn’t.

I tried the Delta. I can only compare it to the inflatable I’ve been using for four years. Haven’t used much else.

I enjoyed paddling it. I was afraid it would jog from side to side with each stroke since there is no skeg or rudder, but it did not do that. Fairly smooth and straight tracking, although I did not have a strong wind to judge its behavior in wind. Handled the power boat wakes just fine.

Adjustable seat and foot pegs are good, although I think I’d need to use Delta’s hip pad kit (or make my own) for the best fit. Without much hip contact, I mostly used the paddle for turning, and that was harder to turn than my shorter (10.5’) and lighter Innova Swing. That’s not a big deal. Despite the Delta’s light weight, it might still be a challenge to get it on top of my car alone. Maybe this will help get my 68-year-old arms in shape.

The rental place also sells them and is expecting a shipment of new boats around mid-August. I’ve reserved one with no obligation to buy if I change my mind.

Sounds like a success! Generally the longer the boat, the more effort to turn.

Check into the Thule Hullavator for lifting assistance on your vehicle. 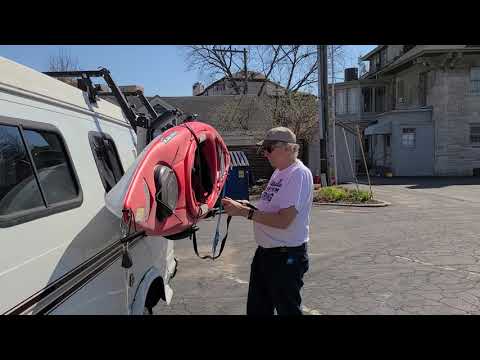