So I hear everyone talk about downwinders and I’ve got some basic questions. Do people generally paddle upwind to then paddle downwind? Or do they put in one place and take out another? More generally, what are peoples’ favorite ways to do downwinders?

The Dunedin/Clearwater run used to meet up in Clearwater and determine which way the wind was blowing. If it was from the south a truck would drive up to Dunedin and meet the paddlers.

If it was from the north they would drive to Dunedin and paddle to Clearwater, so they were only downwind.

I don’t know how it will work in this new reality.

On club paddles, have had after work ones, went against wind or tide or current out and with it back. If they were on the Hudson River, about a 4 ft tide up to Albany, depending on timing tide could have more impact than low wind. If more wind went home with wind at our back. Similar equation above the federal lock, but replace tide with the direction of the river flow.

In Maine l try to either skip more wind or return with it at my back. If l can catch a favorable tide too excellent, but it is a big bay and it varies how strong the tide is based on location.

I do a lot of round trip paddles on rivers and always go upstream first and then come back downstream. Sometimes the wind is more challenging than the current plus my local rivers have lots of twists and turns so you experience a variety of combinations of wind and current. Temps in the upper 80’s today so a good day to cool your toes in the river before heading back downstream. 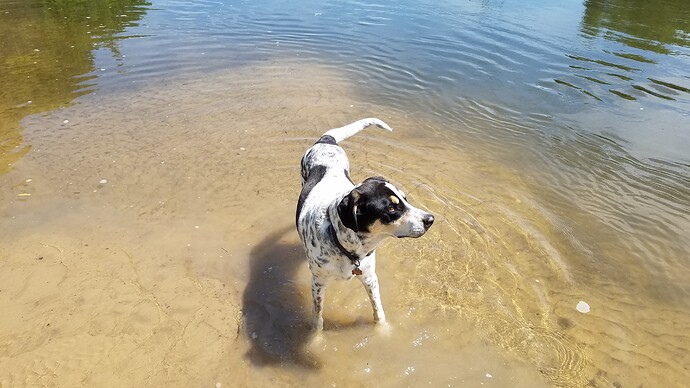 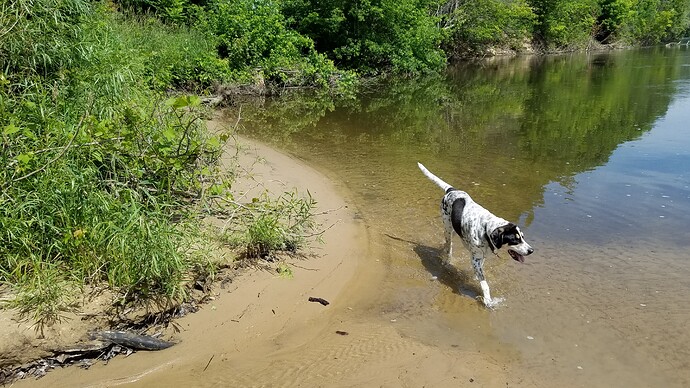 Celia, yeah, that’s how I tend to do it, going out upwind and back going downwind. Interesting to hear about Hudson as well as I have a friend who lives on the Hudson in Yonkers so I should be on the lower part soon. Got to admit, a downwinder like Craig talks about with a couple cars sounds like a LOT of fun.

Most of the downwinders I heard of are point to point with shuttles. Not sure how they are handling shuttles (or even if they are) in the covid era.

A shuttle is required for a fun downwind.

A true downwind only begins at 15+mph wind, and really gets fun at 20-25+mph sustained wind. Less than that and you’re going ‘downbreeze’, which is still fun, but not nearly as fun as having a howling wind pushing at your back boosting you on fast swell that you otherwise woudnt be able to catch. On a legit downwind the paddle should be pulled out of your hands if you’re not careful.

I paddle out-and-back most of the time, only because I paddle alone 99% of the time, and when conditions are big (as in 5’+ median wave size) even less people want to go out. Paddling into a 20mph wind isnt much fun. I went out a couple weeks ago in raging, 20 gusting to 30 winds, and 6-8’ swell. I averaged under 2mph upwind in a skinny surfski (fenn swordfish) and wing paddle. Downwind was Screaming fun, but it was 6x more work (and time) to go upwind than down, so paddle upwind for 30 minutes, down for 5

It was fun, but it would have been much, much more fun to only go downwind.

I shuttle when I can, and this is the most recommended method. If you have a partner who indulges your paddling, they are probably the best shuttle at the moment. Or you could ride in the same car with a N95 mask and by very safe. Current science says the majority of transmission is via respiratory droplets (cough, sneeze, stuff produced naturally by talking, singing, or yelling), so if you wear a mask in close settings you’re fairly safe.

Agree, 15 in and above it starts being fun. 20 in plus it is the only direction l would choose to go. Have plowed against higher but it was self inflicted, bad read of the weather.

Honestly downwinding on an SUP is pretty much a one way trip. Folks who do Ocean Down winding are talking about doing significant winds so that you are riding fairly good size windwaves that actually break and getting a lot of down the wave motion on waves that don’t break and wind pushing your back like a sail. Stand up paddling into winds that strong does not work unless you are some one like Caspar Steinfath. You can learn some really good into the wind techniques and stay standing, but too hard for me. I end up sitting Pochahontas style and paddling like it’s a f…ing canoe. Current situation has individual wives/girlfriends/ sig others picking up at take out to keep social distancing . Wear a leash, and have signaling devices, stay safe.

A true downwind only begins at 15+mph wind, and really gets fun at 20-25+mph sustained wind. Less than that and you’re going ‘downbreeze’, which is still fun, but not nearly as fun as having a howling wind pushing at your back boosting you on fast swell that you otherwise woudnt be able to catch. On a legit downwind the paddle should be pulled out of your hands if you’re not careful.

Yep, and the “sustained wind” part is crucial. I’ve paddled my surf ski when gusts were 20+ mph, and using those blasts shows the speed boost via GPS. But the push is so short-lived.

Sustained winds in the 10-15 mph range are a chore going upwind and helpful downwind but there’s little sensation of the ski surging forward. But this is on inland reservoirs and it might be different on the ocean where fetch is huge; seems to me that my second mini-lesson in SoCal had wind of only 10 to 15 mph, and there were some small waves adequate to get That Feel.

At least it is easier to paddle the ski upwind than sea kayaks, IME. Or maybe the word is “less slow,” not “easier.”

My dream outing would be either of these situations: