Drones and Paddling: What's Your Take?

As drone technology has become more affordable, I noticed it’s also becoming more prevalent among paddlers of different stripe(recreational, whitewater, lake/sea touring, etc.). There’s no denying the video/images from angles zooming in the sky, with their fantastic resolution can be incredibly informative. But personally, I’m not a big fan(even though I really like most people’s on-water trip photography.) I prefer paddling most water courses blind, thank you. Discovering both the beauty and potential hazards for myself along the way. I’d rather get out of my boat to scout things out, or sneak-up on wildlife hiding in quiet coves without any beforehand tip-offs.
That’s what experiencing the outdoors has always been about for centuries: Real life, not a virtual one. How 'bout you? Pro or Con? 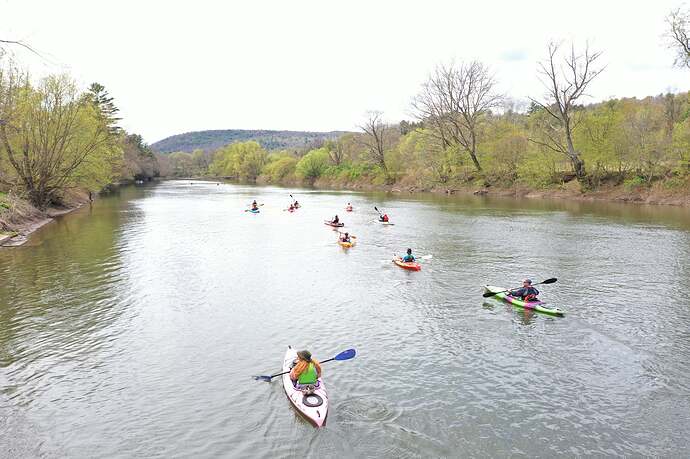 You can plan ahead. It is a bit more advanced on a get out and check to the course you take…
Say you was running rapids went round a bend to where your get out couldn’t see round and there was no eddy and there was a fallen tree ?
Someone in the club i was in has runs a river countless times decided to run a split in the river that had run seval times went through and as above there was a tree down and kayk got pinned but he was able to get himself out and then do a yak rescue with couple others…
I don’t use a drone and haven’t paddled with any that do…

More to carry. No thanks.

In open water, I have mostly encountered drones bothering wildlife. People on shore, never anyone from a kayak.
But I can see their having a use in other situations like moving water.

could definately be useful for “expedition” paddling where you want to find out what is ahead in an unknown landscape- be it wood, large drops, or other hazards or for just scouting the best portage route. I expect this use is pretty rare though.

I think the aerial view is a neat perspective but just like 1st person go pro footage (which is very common) it is better when it is mixed with other camera angles, We used to shoot off of bridges above paddlers to get the aerial effect. I think we have become accustomed to the aerial view at the beginning of a feature, think about opening movie title shots and how many start with aerial footage to establish the setting. In terms of ww play boating drones have the added advantage of getting one close to the action, this is particularly useful on wide rivers. It is not something I want to explore/or spend money on but I can appreciate the photographic perspective it provides. One really good use for drones is for showing or teaching “the lines of a rapid”. Here’s an example courtesy of ace ww. https://vimeo.com/356398671

an example of mixture of camera angles but mostly drone footage of playboating, I suspect even some of the “river level views” are drone footage given the location of the play wave https://youtu.be/bGv85x9onBg

One really good use for drones is for showing or teaching “the lines of a rapid”.

Yeah, but…Back when Paddling.com was first called P.net, a number of us would get together for ww across state lines here in the Northeast. (A few still do, now and then.) Besides rendezvousing and getting to meet new paddling friends, we depended on each other/who was familiar with the local run, to show the rest of us “the lines.” Some still swam(me included)but we had achieved great camaraderie by taking on runs where all was not a known entity. We depended on that local point person to know their shit–And good communication between the rest of us. Seeing the lines in advance on drone playback(as a number of groups now like to do)does not guide anyone down the river/or guarantee descent without incident. More knowledge the better is not axiomatic.

Totally agree about best in a mixed editing of angles.

But I still like getting out to get my own angles from atop bridges…ll! 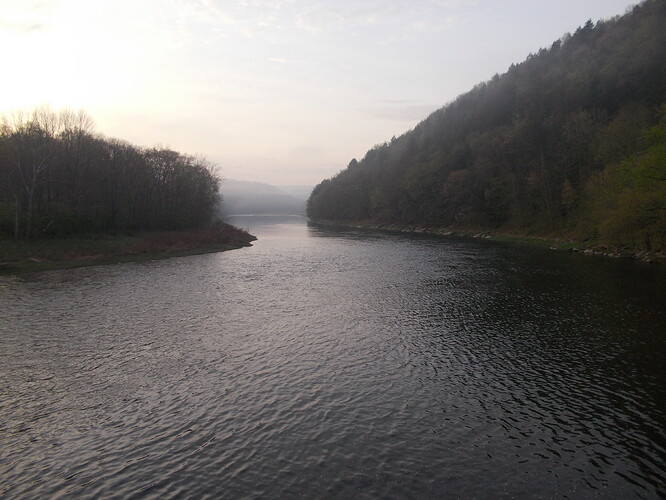 Yes, and if I spotted one doing so on my own property, Grandpappy’s shotgun would quickly dispatch it(the drone, not the wildlife)

I guess that they might be a useful tool for pre-paddle scouting. I remember that the local Ann Arbor paddling group had 1 or 2 people that would paddle the route a day or two before a group paddle and that was a good thing when a river was high enough to make passage under one bridge impossible so good to warn a group about a hazard like that.

But during a paddle I’m looking for places as close as possible to pure nature and if paddling with a group I prefer to be with people that are living in the moment versus playing around with technology. I already struggle a bit with waiting for slower paddlers so if someone stops to fly a drone I ain’t waiting for them.

I go out there to be away from everything man made except what we bring with us.
I have been followed by a military drone on the lower Colorado River for 2 days. It was very intrusive and disturbing to be monitored by the US Army. The drone was on an inflatable craft and stayed about 1/4 mile away but was always there.

I understand the application of drones for some situations like monitoring forest fires, but I do not care for them when it comes to outdoor recreation.

Our local parks have banned them. Too many buzzing the birds and gators. When the droners got tired of that they started invading people’s privacy.

I can see their use on a professional level but not on the consumer level. Hate the things.

Some of the videos are cool to see, but I would never use a drone. When I’m in my boat I don’t want to be distracted by technology and it would essentially shift my focus from the reason I personally paddle. The only technology I bring is a phone that’s turned off and I just bought a 90’s gps unit at a garage sale that I will probably bring to mark discovered camp sites.

Having been on a few long treks in Ontario I can say that the wall-o-trees on either side of you gets kind of boring to look at after the first week or so. It would be interesting to put up a drone and see what the rest of the place looks like, look at a gorge that you have to portage, or make your voyageur video more interesting. But I can’t see bothering with the added portage weight, and piloting one from a canoe or kayak seems insane unless they make them waterproof and you don’t need to pay attention to where the boat is going.

have been followed by a military drone on the lower Colorado River for 2 days.

BIG BROTHER IS WATCHING YOU!

Too many buzzing the birds and gators

–This brings up something interesting in terms of expedition paddling.

Let’s say you know from drone recon, that a really large gator or say big ass bear is lurking down your chosen water course…Would one delay departure or possibly even cancel going? I wouldn’t. I think of someone like the Legendary expedition canoeist Cliff Jacobson(who contributes articles to this website)who’s also guided many a trip way up North where polar bear surprises in camp are not uncommon. His crews regularly carried both rifles and pepper spray with them. Having such equipment in-hand, a drone would not necessarily be an additional assurance or asset to have a long.

From a photography stand point I would be interested in using one. If I had one I would use it once in a while. I don’t do much ww, but I do paddle some wood filled quick water on small rivers. I don’t feel the need to pre-scout with a drone. Nor would I want to harass people or wildlife with one. Had someone spy on us loading kayaks for camping, but at the same time we also had some folks watching us at the ramp as well. The noise was what I objected to most. Still I haven’t felt the need to purchase one, though I would take aerial shots of the landscape with boats If I had one. I take lots of photos now, but in total it is a small percentage of the time I spend while paddling and enjoying the outdoors. It actually heightens by attention of the world around me. I don’t require anyone to wait on me when I do.

What I don’t do and find disruptive and distractive is play music when I paddle or be loud. I certainly see the potential for them to be misused, and have no problem with them being restricted in parks and public places. I just don’t see them in use at the places I paddle .

Spiritboat,
I used to do field work in SE Alaska in the rain forest. There were no trails except those made by wildlife. We had helicopter support to move around and cover 12 sections of our project area.

Sometimes the helicopter pilot would drop us off, but then come back and say things like: “There are 4 bears fishing downstream about 500 yards.” They are part of the landscape. We did not change our plans, we just got used to them.

At least we can’t see the satellites that are watching us so we can pretend that we have privacy.

I’ve been followed quite a few times and it doesn’t bother me. What does bother me is that i can never find the videos posted anywhere. I’d like see if my technique is correct.

Yeah, but sometimes it’s an “incorrect” technique that saves one’s butt anyhow(At least that’s been my experience-Like an ugly roll, being better than a blown one