For those of you with Eddyline kayaks a couple of questions:

The color goes all the way through the material, so scratches reveal the same color underneath. The wearability is similar to gelcoat - if the boat’s going to be used in rocky conditions and scraped up a lot, poly might make more sense. Thermoformed boats are ideal for people who want a higher performance material than poly, like the idea of a glass boat’s stiffness, and are looking to split the difference between the two.

Very durable. I don’t wince if I hit rocks with my Eddyline Fathom LV. I do when paddling my kevlar CD Prana LV. Gelcoat cracks are a PITA.

I have scratches in the Fathom hull and even one gouge, which is easily repaired with a bit of Devcon Plastic Welder (which I’ve been too lazy to do). Really don’t notice the scratches and they pretty much disappear when I wash the hull with soap and water. Scratches come with the territory.

Thermoform doesn’t feather or scrape away. The hull and deck material are solid sheets. Hull is always white, deck the color you choose. Here’s a description of how they’re made: https://eddyline.com/technology-innovation

My second kayak was a seven-year-old Eddyline Skylark, purchased in 2014. Attached is a photo taken when I brought it home. I paddled it for a year then moved to an Eddyline Samba, which I still use for an occasional river paddle. The Skylark went to a relative and still looks as good today.

My choice of Eddyline had nothing to do with expense, rather weight, quality, the excellent outfitting and ease of repair. And the touring kayaks are beautiful boats.

FWIW, I do not leave any of my kayaks exposed to sun when stored. 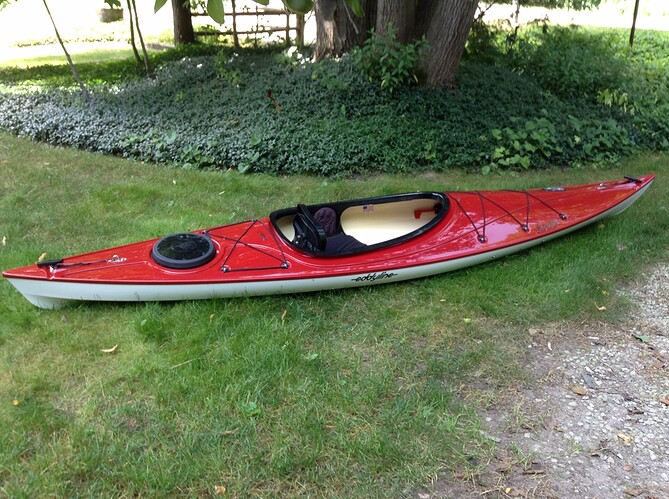 Here’s a photo of the hull of my four-year-old Fathom which has seen plenty of miles, a few rock encounters, scratches and a couple of scrapes. It’s had its spring bath and a coat of Meguiar’s Flagship wax and while the evidence is there, you can’t see it unless you get close up. 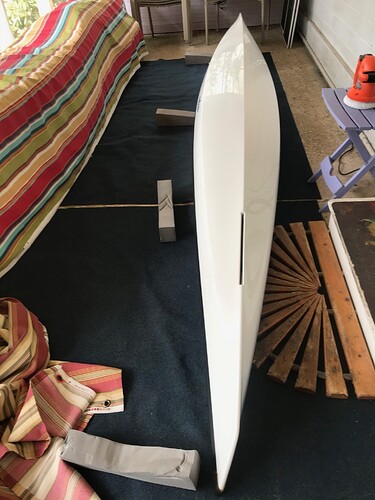