We can talk all you want about paddling, but actions speak louder. We went up to the Edisto River in South Carolina to paddle with String. String and the others drove down from up state. Us Floridians pulled the trailer up and spent the weekend in the Colleton State Park across the river from the launch. You could launch from the state park. But the boat ramp is easier. We launched at the T. Coke Weeks boat ramp on US hwy 15 and paddled down to Mars. That’s right we paddled all the ways to Mars…ok, … Mars Old Field Landing. It was a 16 mile paddle. Water was 2.9 ft gage and started out warmer than the 48 degree air. It was a chilly start but warmed right up. There were 8 boats in the group. We had a good paddle. 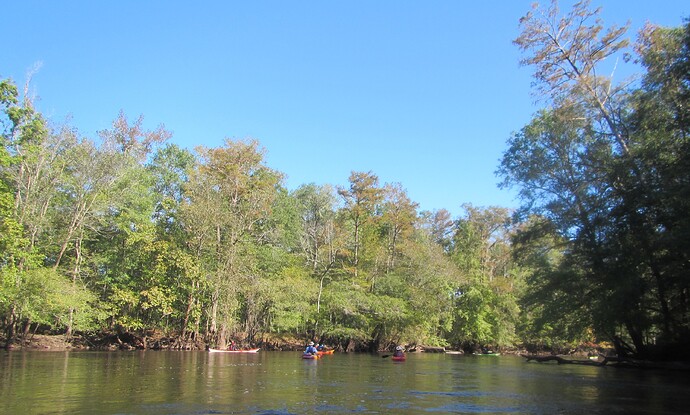 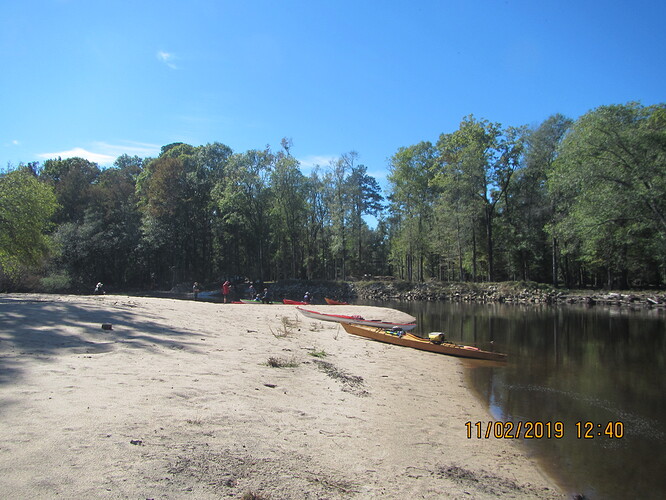 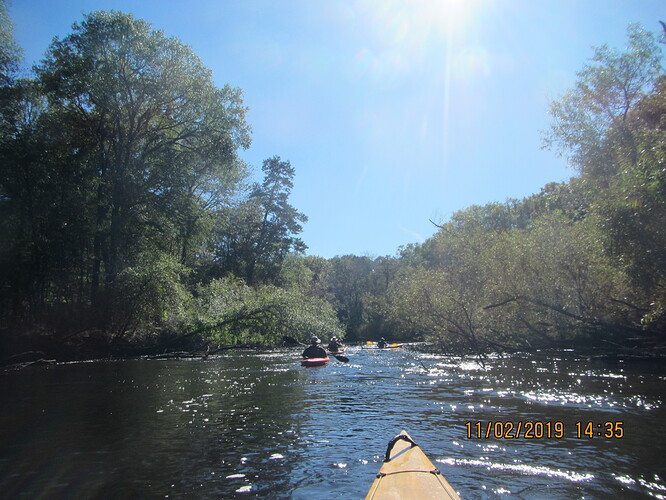 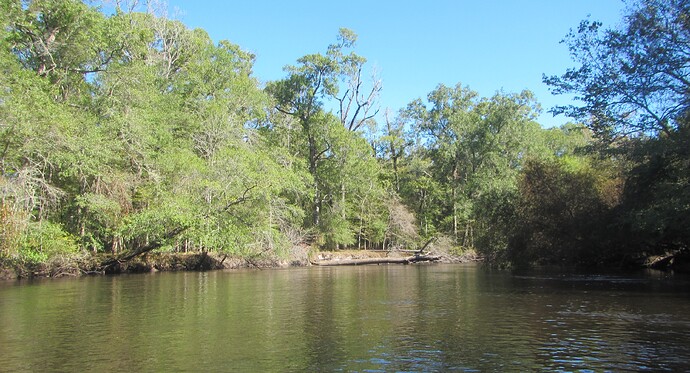 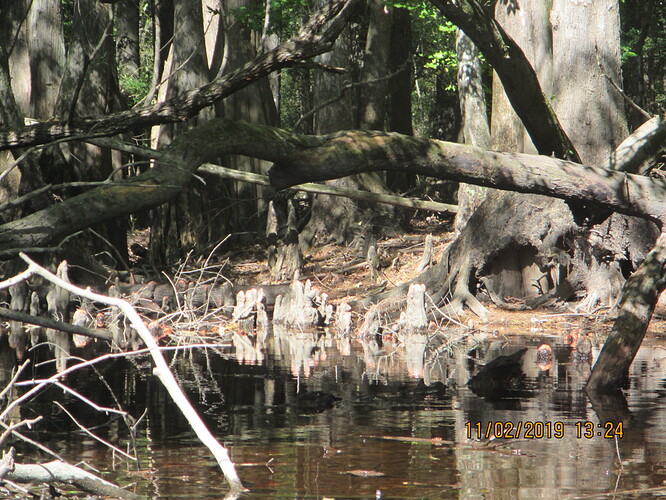 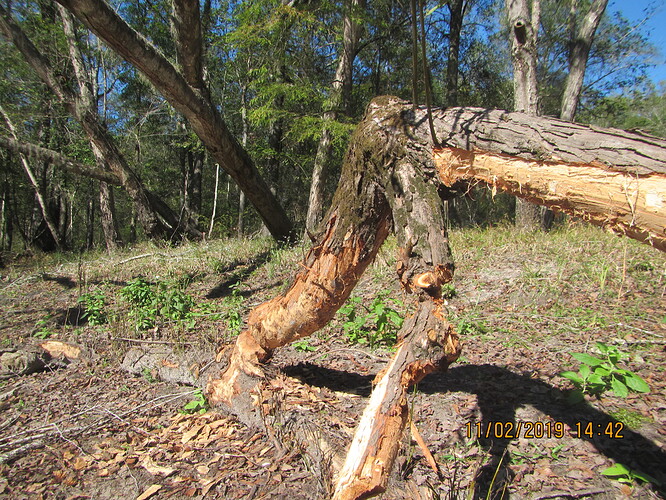 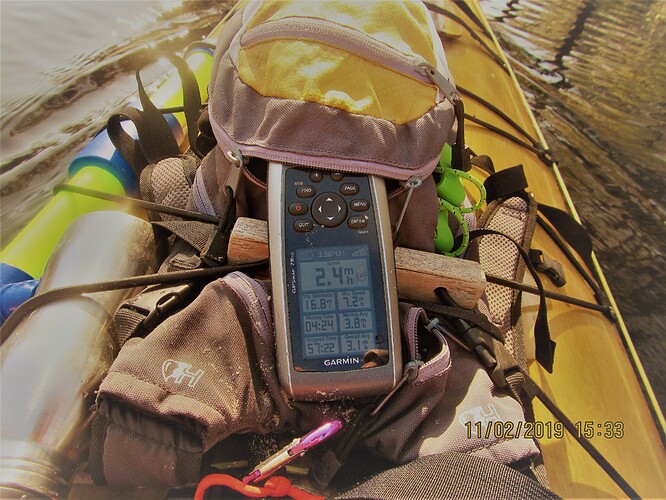 Colleton State park was one of the early way side parks in South Carolina. It was early on a day use only park. There is a restroom in the day use, picnic area, that is the original 1936 building. It was located next to a power plant. The plant had contamination problems with its ash pits and was closed down in 2013. The plant and the noise is gone. The remediation of the ash pits is almost complete. It is a nice place to camp. A relatively small number of camp sites exist with elec and water. Management is relaxed and friendly. 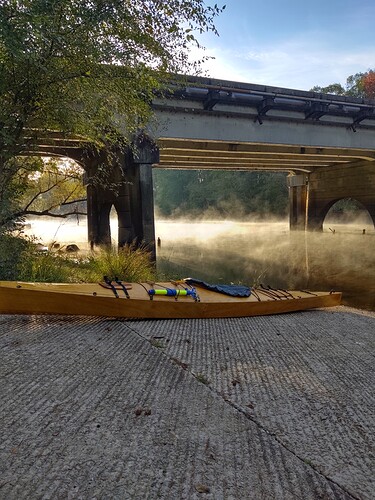 Great report and photos. We enjoyed having you and your wife along. It’s about time for we upstate paddlers to be thinking about further south.

Thanks for the reminder of what good weather looks like! And that lovely bright cast from a yellow dwarf star which I remember, but haven’t seen for quite a while.

This is typical southern weather. Hah!

Hang in there Rookie. Remember y’all live up there because the seasons change.

I actually paddled my boat yesterday (11-4) and didn’t just talk about it. Went to Philpott Reservoir in Virginia. Saw lots of Belted Kingfishers; one Eastern Phoebe; heard the Pileated Woodpecker and caught a glimpse of it flying away. Some Fall color was still around and saw the most massive stone cliff I’ve ever seen from a kayak. The water had that same warm water-cold air mist in the morning, too. 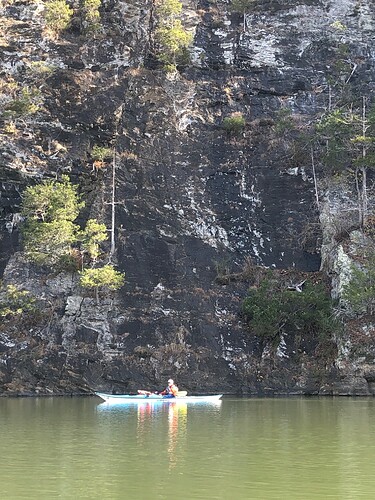 It looks like you had a beautiful day and a great paddle. Very nice.

Is the dark rock color or algae?

Cliff is really taller than the picture. Kind of like Painted Rocks on the UP.

If I remember correctly, at least some of the lighter color were lichens. There were a lot of lichens growing there.

Lichens are scarce on the Edisto.

They are sensitive to pollution and environmentalists use them to indicate such.

There were probably more than appearances since there are fungi in the woods.