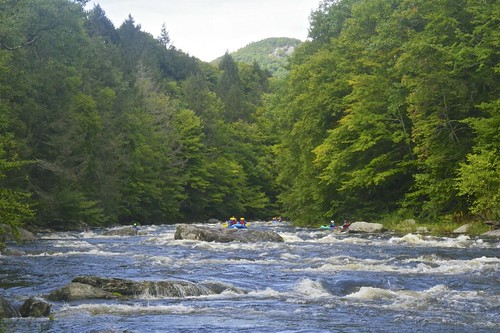 Running the shuttle - one lonely canoe 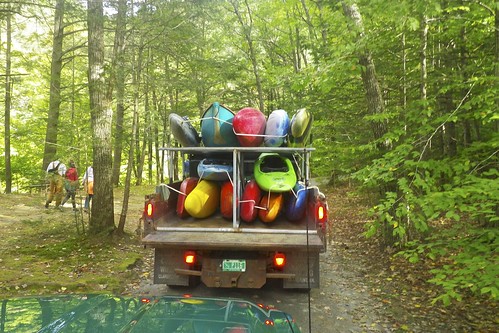 We got an early start and arrived at the Jamaica State Park at around 8:30. We were on the shuttle for our first run on the upper section at around 9:00. As we got on the water at the footbridge at Cobb Brook, we joined Paul for our first run.

Paul from the footbridge at Cobb Brook 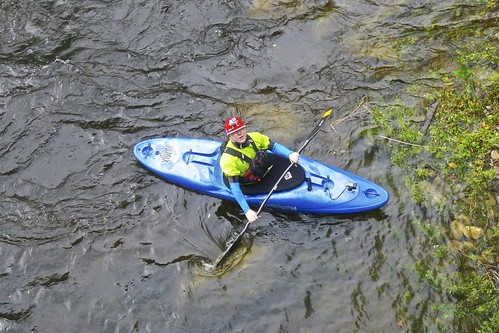 With the recent rains, the level was a little higher than usual, so the rocks were buried and there were lots of long wave trains. The most difficult rapid on this section of the river is the Dumplings. The typical route is a “S” turn starting just left of some large rocks in the middle of the river, then right though some large standing waves. The turns were a little trickier and the waves were a little bigger, but we made it though fine

Running the Dumplings - not the best picture, but I’m in there somewhere 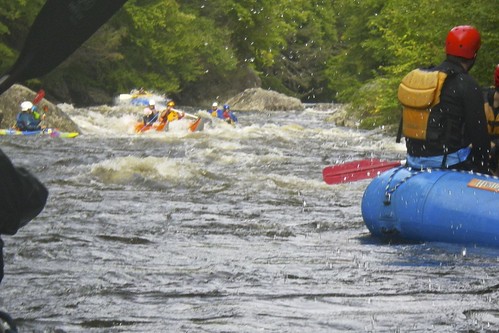 We ended up doing four runs the upper section for the day. On the last run Paul and Dave carried their boats up to the Ball Mountain Dam to run the most difficult rapid on the river – Initiation. Initiation is a half-mile rapid with continuous 3-foot waves, big rocks and nasty pour-overs. A misstate here usually leads to a long swim, so I decided to skip this rapid and take some pictures instead. 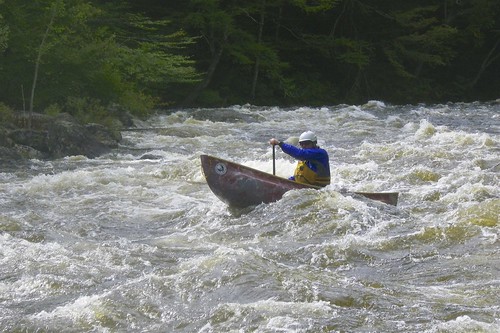 Another great day on the river.

End of a great day 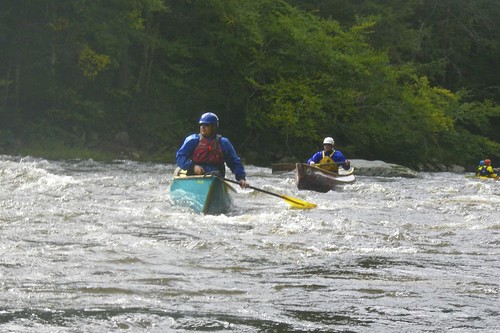