I’m getting excited as the kayak season approaches and thought I would post a few photos of an add-on skeg I built in case it gives others any useful ideas. I discovered that the kayak in question weathercocked more than I would have expected. I could adjust for it with technique, but sometimes you just get lazy and want an easy cruise home when the sea breeze kicks in. So I made this external skeg that deploys to one side of the stern.

The skeg mounts to a spot where there were two plastic pad eyes for the perimeter lines. This avoided drilling new holes in the deck. The “blue hawaii” blade is something I found on ebay while the rest is just bits of aluminum. The thumb screws that attach the skeg to the deck also came with the skeg blade (there’s an ebay seller selling the same “blue hawaii” skegs now, but for more than I paid). I made it so that a bungee cord system pulls the skeg down, and a line running to the cockpit is used to raise the skeg. I did it that way figuring the fixed line for raising was more reliable, so I wouldn’t risk having the skeg “stuck” in the down position.

In practice, I deploy the skeg about half way when needed. It’s too much skeg when fully deployed making the kayak only want to go straight down wind. In the last photo, you can see that it’s not too noticeable on the kayak. Also, the sharp corners on the aluminum brackets have been rounded off since I took these photos. 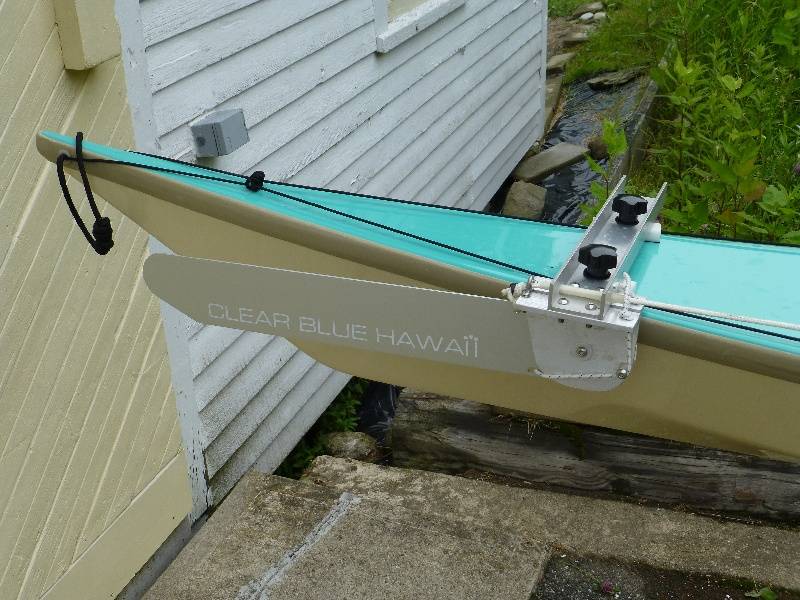 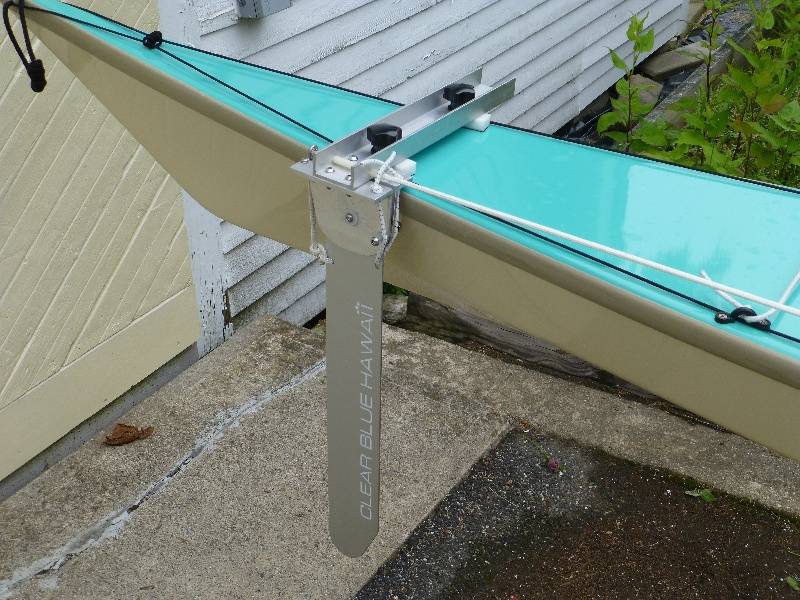 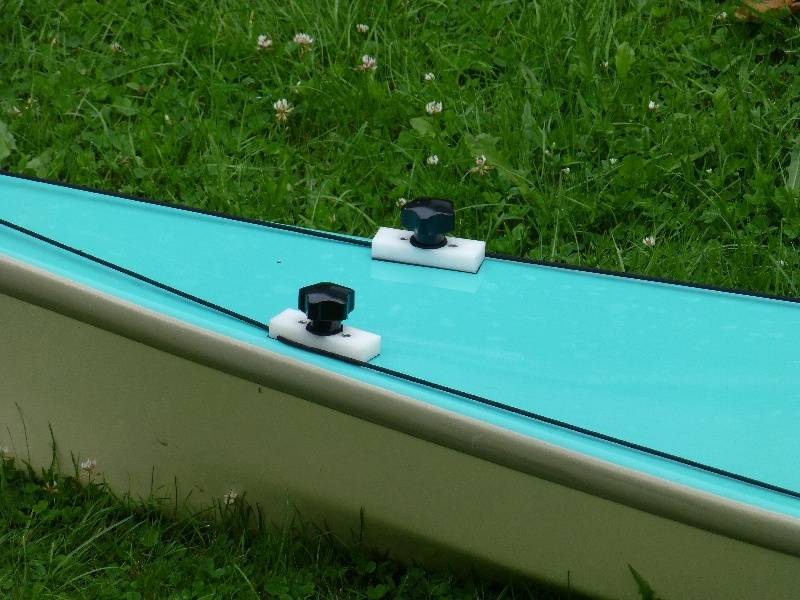 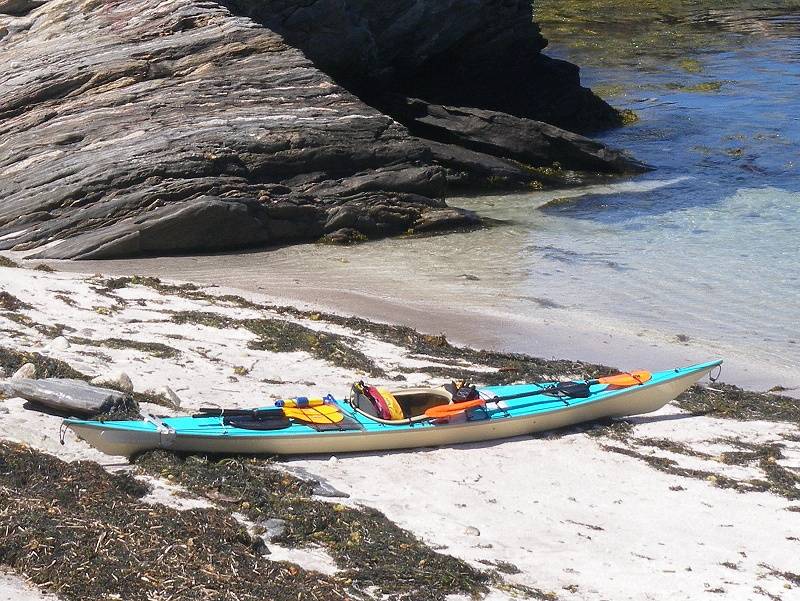 Negatives: sharp hardware on the deck; aesthetically it changes the lines of your boat.

Positives: functional; no skeg box taking up space for cargo; no skeg box or cable housing to leak; no cable to kink; no slot to jam with pebbles; field repairable; removable.

I’m impressed with your creativity!

You can also minimize cocking by how you load weight in the front and/or back of the kayak to affect the trim. More weight in the back will help reduce weathercocking. More weight in front will reduce leecocking. Go out out on a windy day and play with where you place the weight to see how it affects you kayak.

Great job, Wolf, you are either very adept at using a hacksaw and file or have access to a machine shop. Very clever design. I don’t think it affects the aesthetics any more than a rudder off the end would.

@Out of Line said:
you are either very adept at using a hacksaw and file or have access to a machine shop

Thanks. It’s all hacked out by hand, but I did have access to some scrap pieces of aluminum from a metal fabrication shop. The biggest negative is that except for the skeg blade, none of the aluminum is anodized. So it corrodes quickly around salt water. I flush the whole assembly and exercise the pivot with fresh water after every outing.

It’s a pretty clever solution that - unlike most rudders - doesn’t add to the “sail area” at the stern (which causes weathercocking) when it’s not deployed. If I can make a few suggestions:

I also thought to shorten the blade

A handy thing about the somewhat long blade is since I only deploy it at an angle, maybe 45 degrees, seaweed slides off pretty easily.

I picked up a used stitch and glue kayak that’s pretty lightweight and wanted a lighter skeg for it, so I made a second skeg out of wood this time. This one weighs about 1.5 lbs and could be lighter with the right wood (I used a bass wood scrap from a local mill plus 1/4" birch plywood for the blade - that bass wood is dense!). Here are some photos. Note that the mounting pads shown in the last photo are also a necessary piece to fabricate. Those are made from a big 1 inch thick slab of plastic (HDPE maybe) that I found washed up on shore during a hike.

The side-deploy skeg works great and sure beats trying to add a skeg box to a finished kayak. 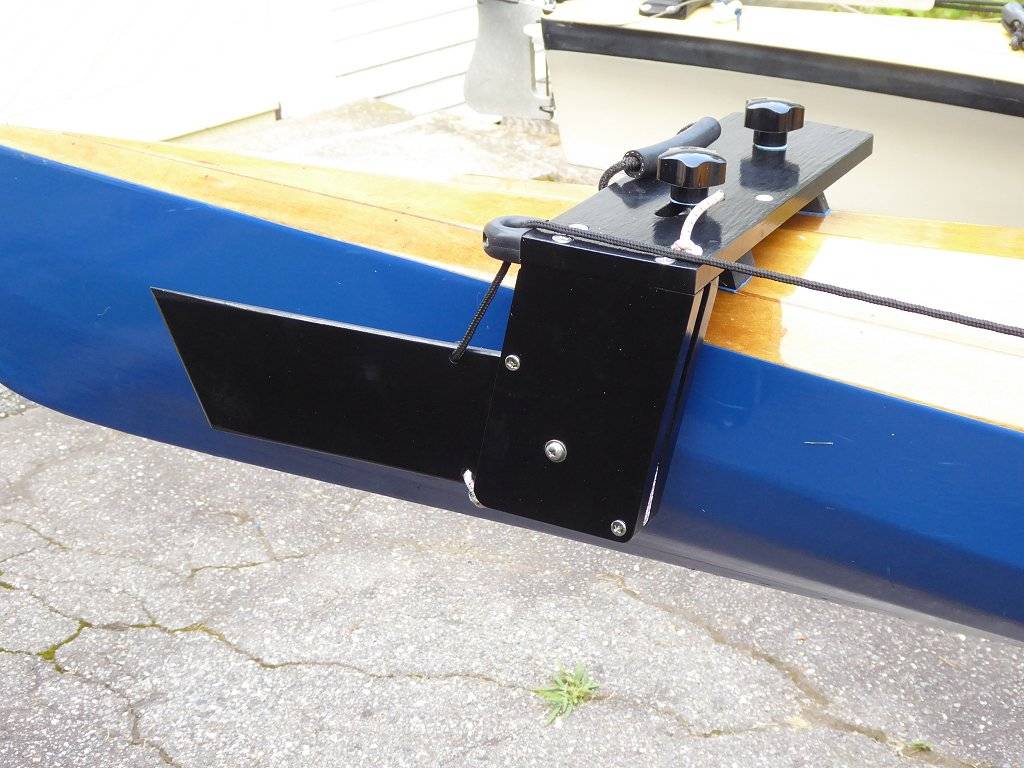 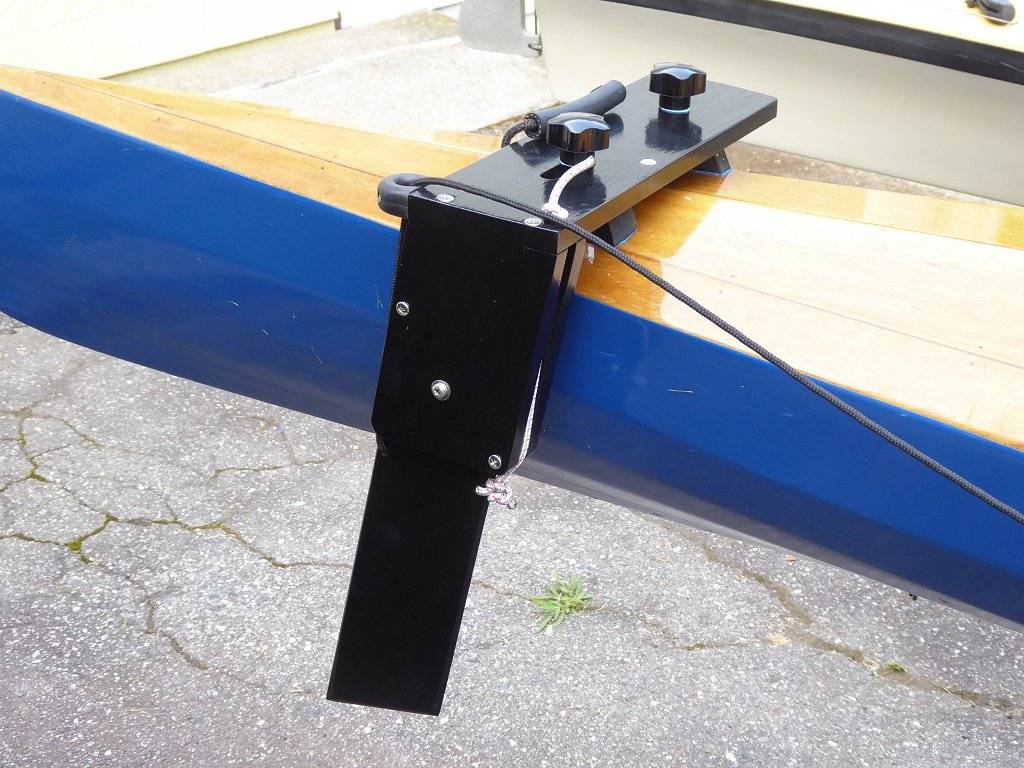 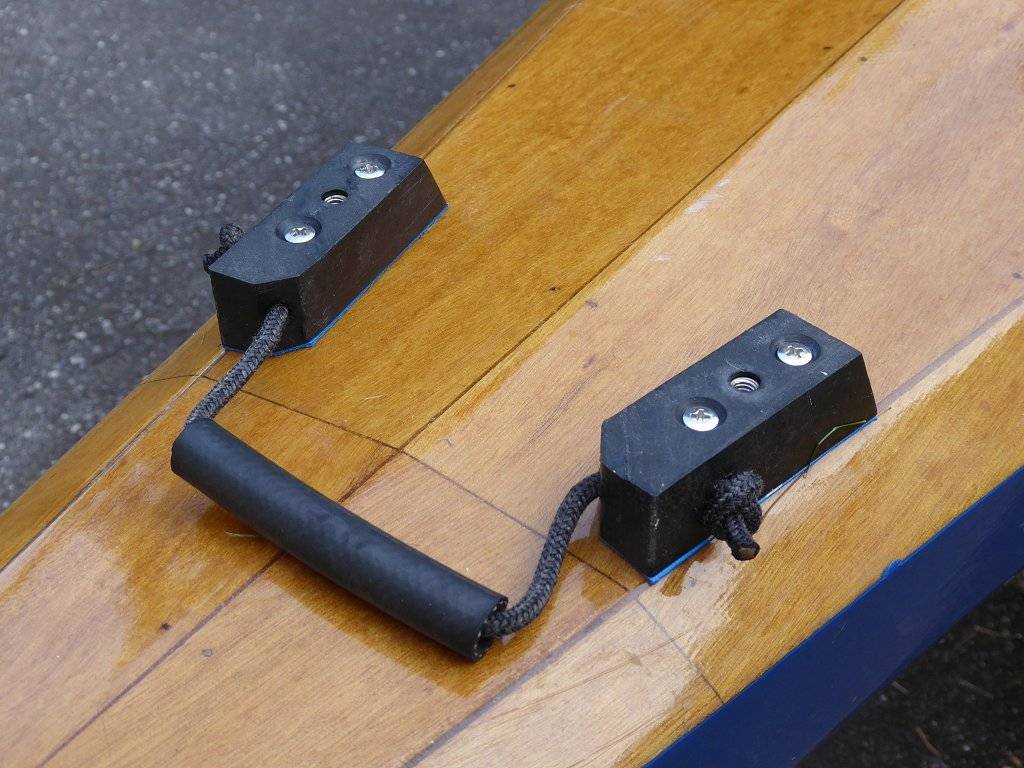